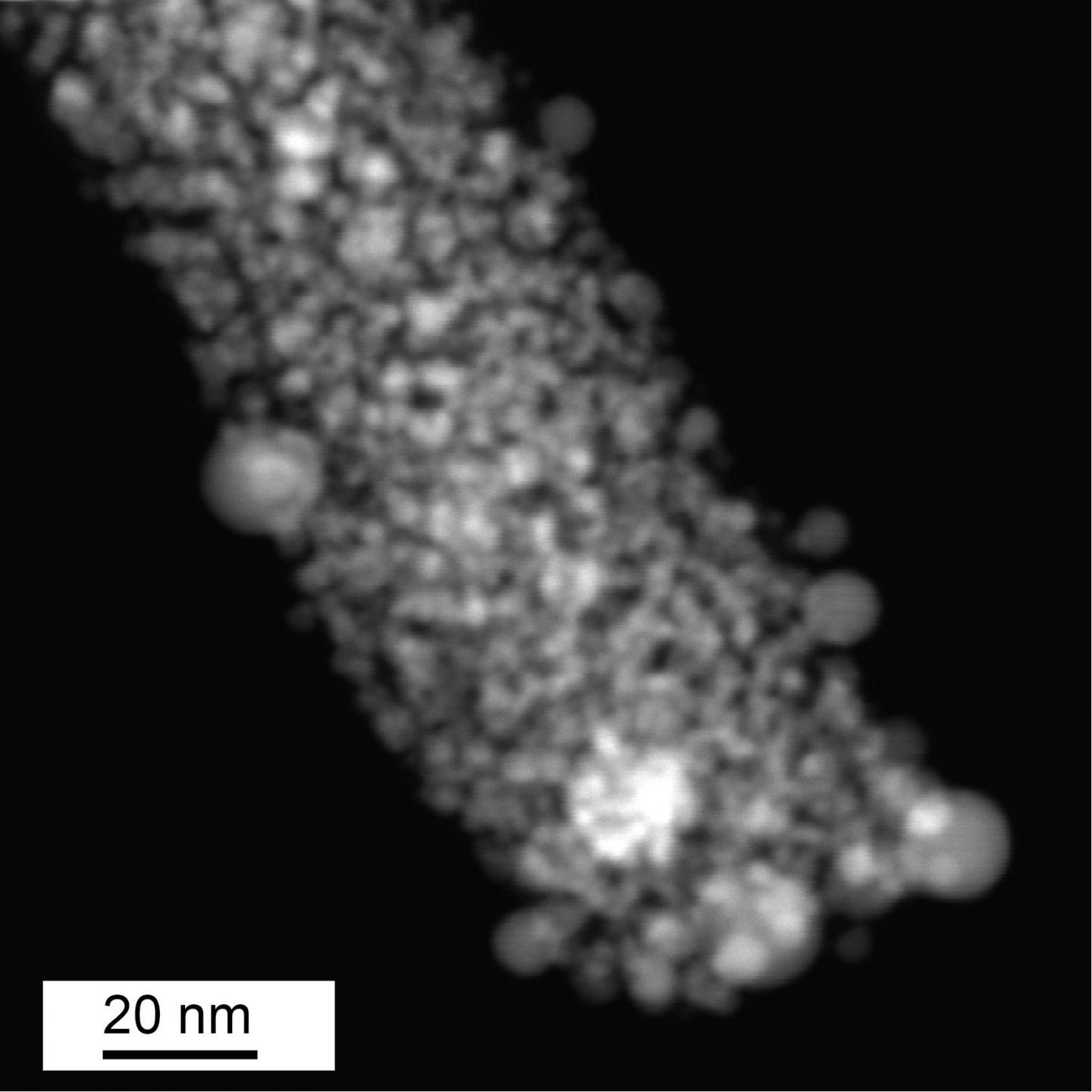 A novel ruthenium-based catalyst developed at UC Santa Cruz has shown markedly better performance than commercial platinum catalysts in alkaline water electrolysis for hydrogen production. The catalyst is a nanostructured composite material composed of carbon nanowires with ruthenium atoms bonded to nitrogen and carbon to form active sites within the carbon matrix.

The electrochemical splitting of water to produce hydrogen is a crucial step in the development of hydrogen as a clean, environmentally friendly fuel. Much of the effort to reduce the cost and increase the efficiency of this process has focused on finding alternatives to expensive platinum-based catalysts.

At UC Santa Cruz, researchers led by Shaowei Chen, professor of chemistry and biochemistry, have been investigating catalysts made by incorporating ruthenium and nitrogen into carbon-based nanocomposite materials. Their new findings, published February 7 in Nature Communications, not only demonstrate the impressive performance of their ruthenium-based catalyst but also provide insights into the mechanisms involved, which may lead to further improvements.

"This is a clear demonstration that ruthenium can have remarkable activity in catalyzing the production of hydrogen from water," Chen said. "We also characterized the material on the atomic scale, which helped us understand the mechanisms, and we can use these results for the rational design and engineering of ruthenium-based catalysts."

"That was a breakthrough, because many studies have attributed the catalytic activity to ruthenium nanoparticles. We found that single atoms are the dominant active sites, although both nanoparticles and single atoms contribute to the activity," said first author Bingzhang Lu, a graduate student in Chen's lab at UC Santa Cruz.

"We did independent calculations from first principles to show how ruthenium forms bonds with carbon and nitrogen in this material and how this lowers the reaction barrier to give better catalytic activity," Ping said.

Chen said he has filed a patent application for the experimental preparation of ruthenium-based catalysts. He noted that, in addition to potential applications for hydrogen production as part of sustainable energy systems, alkaline water electrolysis is already widely used in the chemical industry, as is a related process called chlor-alkali electrolysis for which the ruthenium catalyst could also be used. Thus a large market already exists for cheaper, more efficient catalysts.

The electrolysis of water to produce hydrogen can be carried out in either acidic or alkaline conditions, and each method has advantages and disadvantages. Platinum catalysts are much more effective in acidic media than they are in alkaline media. The ruthenium-based catalysts perform almost as well as platinum in acidic media, while outperforming platinum in alkaline media, Chen said.

In future work, the researchers will seek to maximize the number of active sites in the material. They may also investigate the use of other metals in the same nanocomposite platform, he said.