Electrode Materials From the Microwave Oven 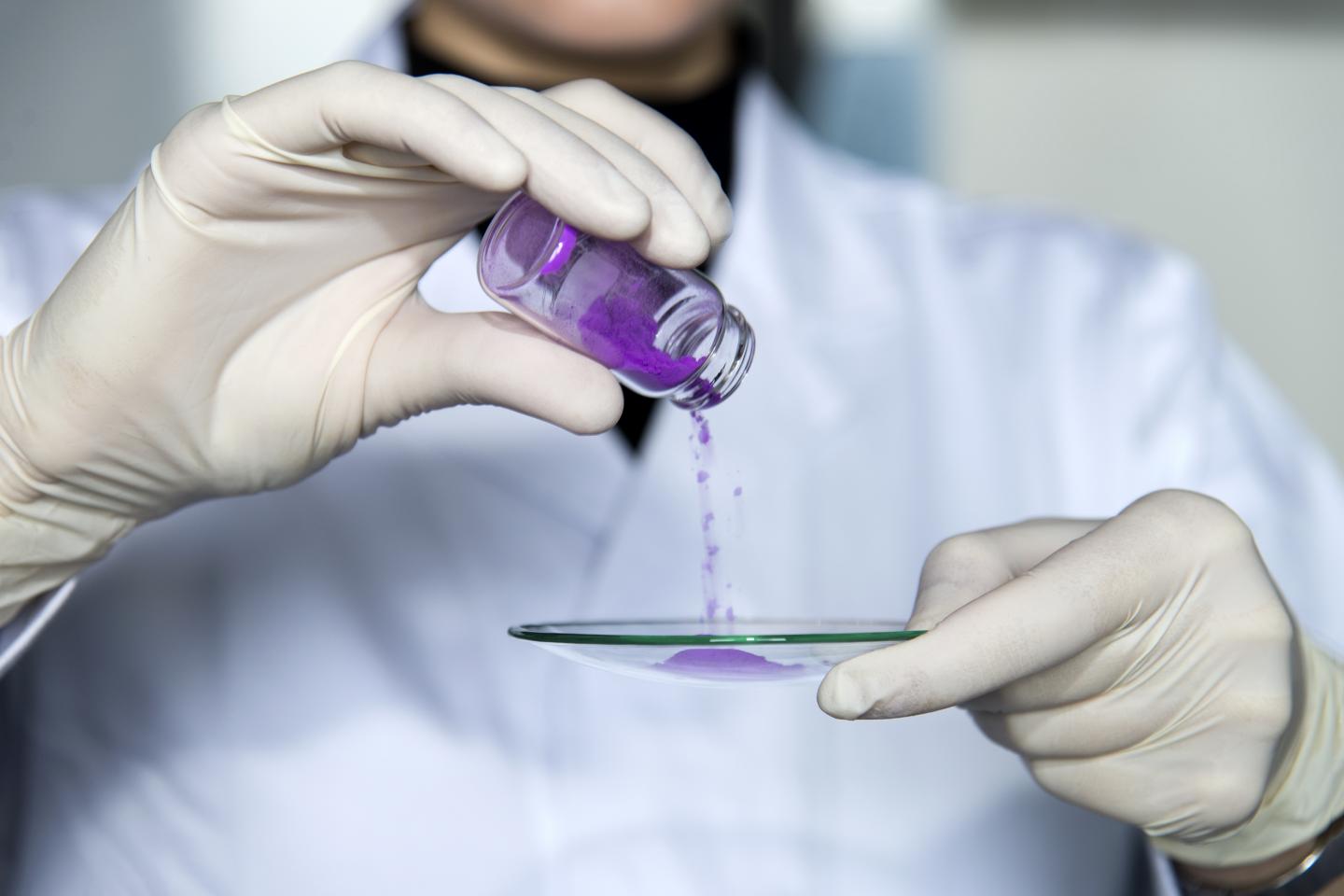 Dr. Jennifer Ludwig at the Technical University of Munich (TUM) has developed a process, that allows a fast, simple, and cost-effective production of nanocrystalline lithium cobalt phosphate crystals. Compared to standard lithium iron phosphate this material improves the energy density of lithium-ion batteries from about 600 to 800 watt hours per kilogram.

Power on the go is in demand: The higher the battery capacity, the larger the range of electric cars and the longer the operating time of cell phones and laptops. Dr. Jennifer Ludwig of the Technical University of Munich (TUM) has developed a process that allows a fast, simple, and cost-effective production of the promising cathode material lithium cobalt phosphate in high quality. The chemist was awarded the Evonik Research Prize for her work.

Hope is pink: The powder that Jennifer Ludwig carefully pours into a glass bowl and which glows pink in the light of the laboratory lamp has the potential to significantly improve the performance of future batteries. "Lithium cobalt phosphate can store substantially more energy than conventional cathode materials," explains the chemist.

Working in the group of Tom Nilges, head of the Professorship of Synthesis and Characterization of Innovative Materials, the chemist has developed a process for producing the pink powder quickly, with minimal amounts of energy and in the highest quality.

Battery researchers have been considering lithium cobalt phosphate a material of the future for some time. It operates at higher voltages than the traditionally employed lithium iron phosphate and thus, attains a higher energy density - 800 watt hours per kilogram instead of just under 600 watt hours.

Previously, however, the production of the promising high-voltage cathode material required a very complex, energy-intensive and inefficient process under harsh conditions with temperatures of 800 °C. "And the crystals that form under these conditions vary in size and must be ground to nanocrystalline powder in a second, energy-intensive production step," reports Ludwig.

Furthermore, the resulting crystals exhibit sufficient ionic conductivity in only one direction. Over most of the surface, the chemical reaction between the electrode material and the electrolyte in the batteries progresses very slowly.

The microwave synthesis process developed by Jennifer Ludwig solves all of these issues at once: Obtaining the high-grade lithium cobalt phosphate requires only a microwave oven and 30 minutes of time.

The reactants are placed in a Teflon container together with a solvent and are then heated. A mere 600 W are sufficient to achieve the 250 °C required to stimulate the crystal formation.

The flat platelets created in the process measure less than one micrometer across and are only a few hundred nanometers thick, with the axis of maximum conductivity oriented towards the surface. "This shape ensures better electrochemical performance because the lithium ions need to move only short distances within the crystals," explains Ludwig.

The chemist was also able to solve another problem in the course of her experiments: At temperatures over 200 °C and under high pressure, instead of the desired lithium cobalt phosphate a hitherto unknown, complex cobalt hydroxide hydrogen phosphate compound is occasionally formed.

Jennifer Ludwig succeeded in elucidating the reaction mechanism, isolating the compound and determining its structure and properties. Since the new compound is unsuitable as a battery material, she modified the reaction so that only the desired lithium cobalt phosphate is produced.

"With this new production process, we can now create high-performance, platelet-shaped lithium cobalt phosphate crystals with tailored properties in high quality," says Professor Nilges. "Thus, a further hurdle on the path to new high-voltage materials has been taken."