Energy Against the Current on a Quantum Scale, Without Contradicting the Laws of Physics 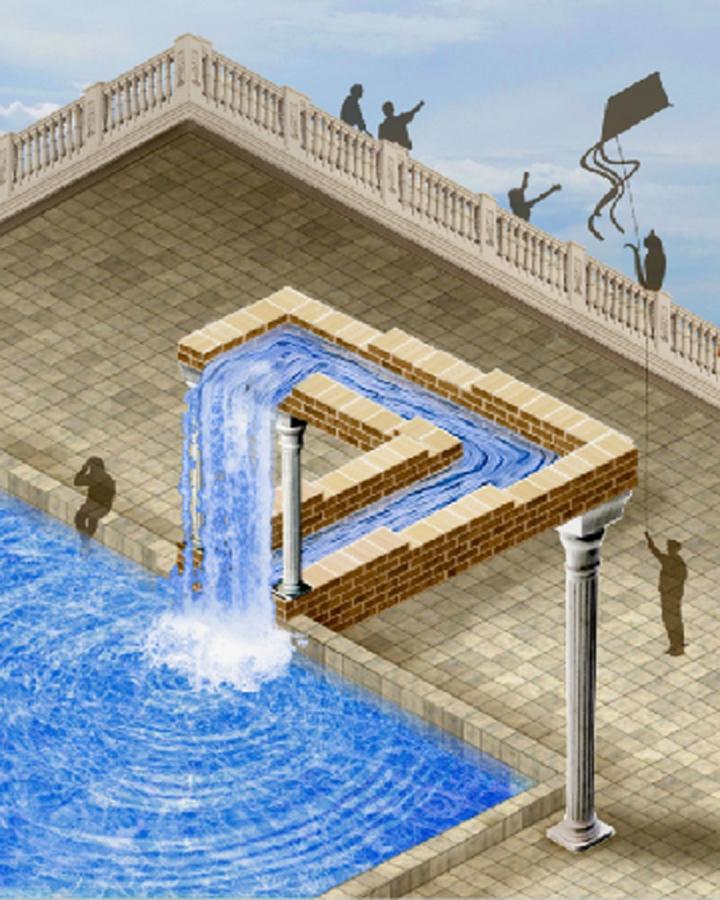 Artist's impression of the role of a quantum observer: depending on where the observer is positioned, and what part of the figure is seen, the water will be seen to flow differently.

This is the main result obtained by the group led by Professor Ángel Rubio of the UPV/EHU and of the Max Planck Institute PMSD, together with collaborators at the BCCMS centre in Bremen, and which has been echoed by the journal Nature Quantum Materials.

In macroscopic objects such as a current of water, the fact of observing the current does not affect the flow of the water and, in accordance with the laws of classical thermodynamics, this flow would take place from the upper to the lower part of the system. The same thing happens with temperature flows where the current goes from the hotter body to the colder one, or in electrical systems. However, in quantum devices, "the process of observation, the watching, changes the state of the system, and this makes it more likely that the current will be made to flow in one direction or another", explained Ángel Rubio, a UPV/EHU professor, leader of the UPV/EHU's Nano-Bio Spectroscopy Research Group, and Director of the Hamburg-based Max Planck Institute for the Structure and Dynamics of Matter.

As Rubio stressed, this does not constitute "an infringement of any fundamental theorem of physics nor is energy created out of nothing. What happens is that the fact of looking, of inserting an observer into the system, acts as an obstacle, as if you were to close off the channel in a pipeline through which the water is flowing. Obviously, if the load starts to build up, it would end up going in the opposite direction. In other words, the observer projects the state of the system onto a state that transmits the current or energy in opposite directions.

Rubio remembers the surprise when discovering that inserting the quantum observer caused the directions of the current and the transfer of energy to change: "Initially we thought it was an error. We expected to come across changes and we thought it would be possible to halt the transport, but we didn't expect there was going to be a complete change of flow. These changes in the direction of the current can also be made in a controlled way. Depending on where the observer is inserted, the flow can be changed, but there are "specific areas in the device in which despite looking, the direction does not change," he explained.

Controlling the heat and current of particles in this way could open up the door to various strategies for designing quantum transport devices with directionality control of the injection of currents for applications in thermoelectrics, spintronics, phononics and detection, among others. But Ángel Rubio believes these applications are a long way off because he sees limitations in the design of the observers: «We have worked from a theoretical perspective in which we have proposed a simple model and the theory can be easily verified because all the energy and entropy flows are preserved. Carrying out this process experimentally would be another matter. Although the type of device that would need to be designed exists, and producing it would be feasible, right now there is no possibility of doing this in a controlled way».

Faced with this situation, the research group is now exploring other, similar ideas, «other mechanisms as an alternative to quantum observers which would allow similar effects to be achieved and which would be more realistic when it comes to implementing them experimentally.