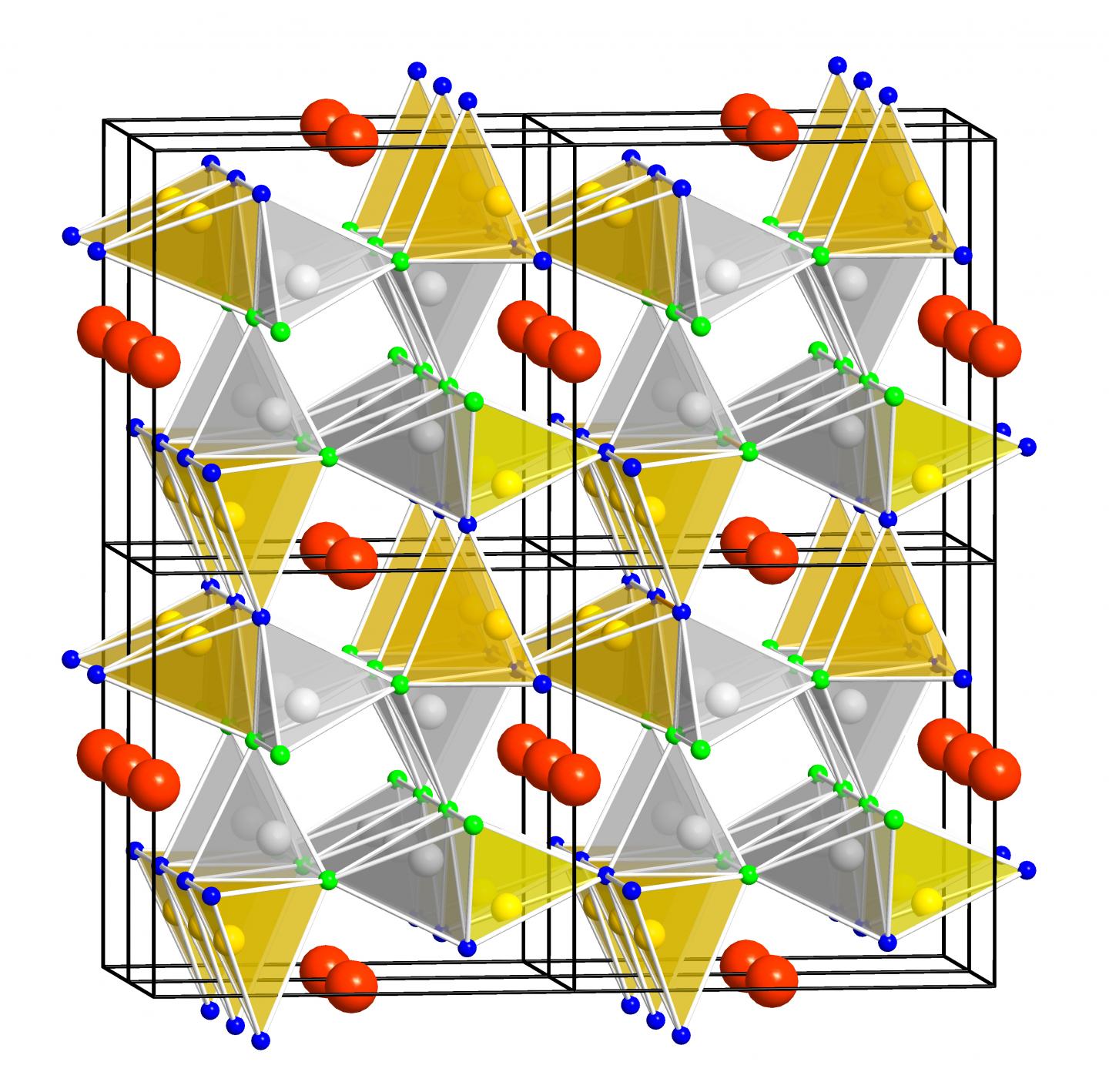 The crystal structure of the SALON phosphor is the reason for its excellent luminescence properties.

Light emitting diodes or LEDs are only able to produce light of a certain colour. However, white light can be created using different colour mixing processes. "In a white LED, red and yellow-green phosphors are excited by the light from a blue diode. The particles emit light in the red and green range, and in combination with the blue light they produce white light," describes Hubert Huppertz from the Department of General, Inorganic and Theoretical Chemistry at the University of Innsbruck, Austria. He and his team are working on improving the red and green phosphors. In cooperation with OSRAM Opto Semiconductors, his team has now succeeded in synthesizing a new red phosphor that has excellent luminescence properties and can make LED lighting significantly more energy-efficient.

The powerful red phosphor Sr[Li2Al2O2N2]:Eu2+, named SALON by the researchers, meets all the requirements for the optical properties of a phosphor. The development goes back to research carried out by Hubert Huppertz at the University of Bayreuth. As part of his doctoral thesis, he developed nitrides doped with europium that are fluorescent. These were then further optimised by the working group in Munich and are now widely used. These red phosphors are partly responsible for the fact that LEDs no longer only glow cold white, but also warm white. Interestingly, the human eye reacts most sensitively to the colour green. In the blue and red areas, the eye is less sensitive. Although these phosphors emit red light in the visible range, a large part of the energy goes into the infrared range, which the human eye does not perceive. The fluorescent material developed in Innsbruck has now succeeded in slightly shifting the light emission from red towards blue.

"Since initially only a few very small particles were available in a very inhomogeneous sample, it was difficult to optimise the synthesis," said doctoral student Gregor Hoerder. The breakthrough came when the researchers were able to isolate a single-crystal from one of the most promising synthesis products and thus determine the structure of the new material. "The substance is synthesised in such a way that it emits more orange than red," says Hubert Huppertz. "With SALON we have less energy loss, it emits exactly in the red range we can see."

OSRAM Opto Semiconductors, a strong industrial partner, the Fraunhofer Institute for Microstructures of Materials and Systems IMWS in Halle and Dirk Johrendt's research group at the Ludwig Maximilian University in Munich were also involved in further characterizing the new material. The development has already been registered for patent.