European Cities Soon to be Ready for Autonomous Vehicles

The European consortium AVENUE, led by the University of Geneva, is preparing the technical, economic and legislative integration of autonomous vehicles in the urban and sub-urban environments. Geneva is amongst the pilot sites. 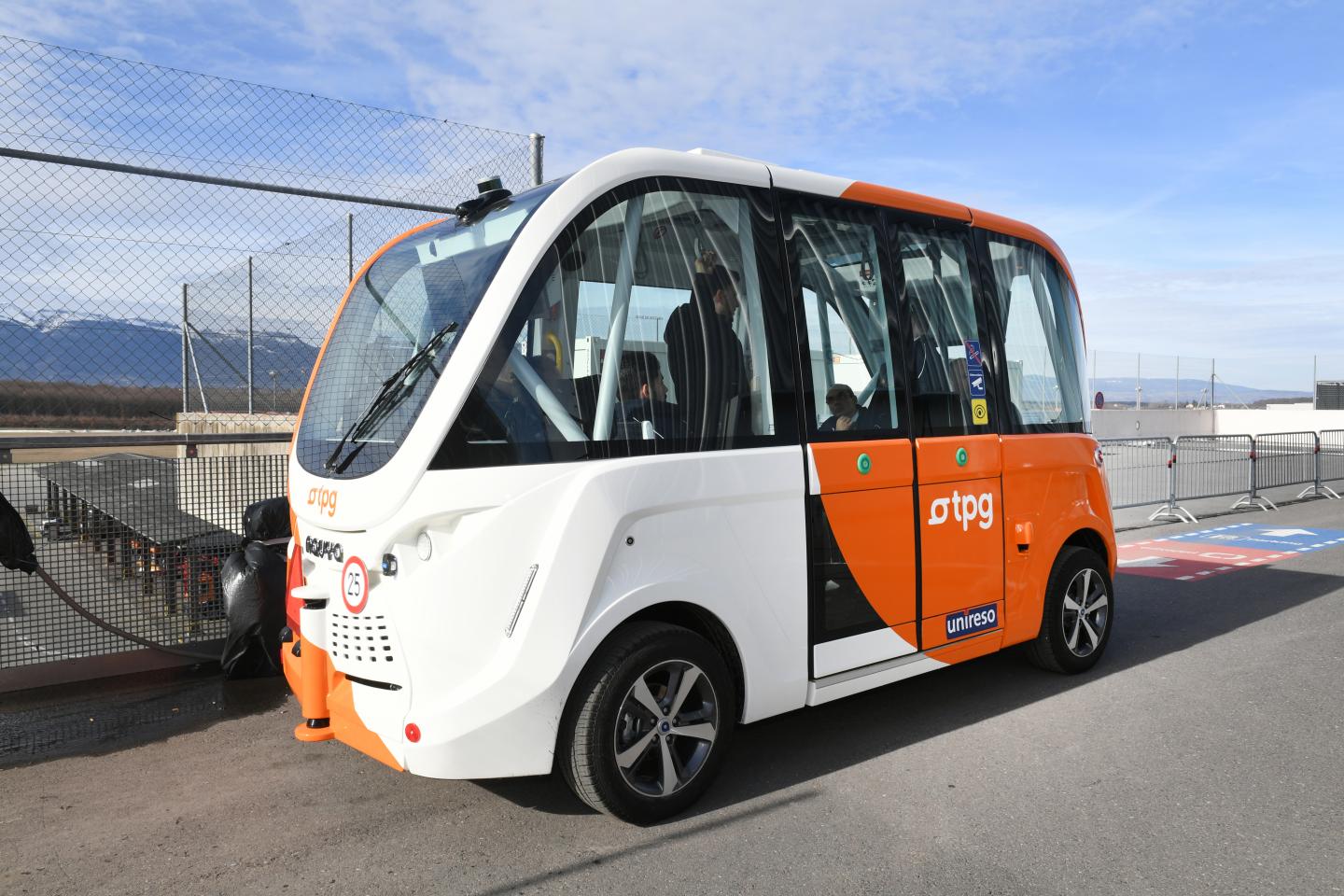 This is the autonomous vehicle Navya Arma (model DL4) acquired by the Transports publics genevois (tpg) in August 2017.

Autonomous vehicles promise to be the next revolution in public transport. They should find their first users in suburban areas, which are less well served by traditional transportation networks. But for these new services to develop, we must first identify the needs and motivations of their future users and be able to respond to them, meet many of the technological and regulatory challenges, and design new business models. This is the aim of the 4 year AVENUE project consortium, led by the University of Geneva (UNIGE) with a total budget of 22 million euros and funded by the European Commission up to the level of 16 million euros.

The AVENUE project consortium, for "Autonomous Vehicles to Evolve to a New Urban Experience», brings together 16 partners: academic institutions, public transport operators, autonomous vehicle manufacturers, major technology R&D companies and specialized start-ups. Among them, five Swiss; alongside the UNIGE, the Transports publics genevois (tpg) and the State of Geneva, two start-ups are indeed involved, MobileThinking, resulting from the UNIGE and BestMile, created at EPFL. All partners met for the first project meeting on 14 and 15 May in Brussels.

The project is structured around three major themes: autonomous driving, optimization of itineraries and in- and out- of vehicle services. The first theme addresses security, fluidity of traffic and ability to adapt to exceptional road situations. At first, it will be studied only in limited areas, whose environment has been previously fully mapped. The second theme will optimize the vehicles itineraries in a perspective of cost reduction and user comfort.

Passengers will be able to book their trip from their smartphone, via a simple and user-friendly application, offering different levels of services. "The third theme will focus on in and out of vehicle services, such as augmented reality solutions on vehicle windows, video conferencing options, as well as assistance to meet special needs' and less autonomous passengers, such as children or seniors,» details Dimitri Konstantas, professor at the Geneva School of Economics and Management (GSEM) of UNIGE and coordinator of the AVENUE project.

The researchers propose to develop, test and validate autonomous vehicle services, integrated into the conventional public transport network, meeting the expectations of different user groups. The needs are not the same depending on whether the passenger is a child, an adult or a senior, they also differ according to the motivations for travel, from the absence of an alternative to curiosity, or even from the forced use - following for example a driving license withdrawal - to a deliberate choice of another type of mobility.

The researchers will also study the existing obstacles to the development of this service: psychological by measuring the degree of acceptance by the public, administrative with the various regulations in force, technical with the major question of security and the consideration of behavior of other road users, economic by imagining viable exploitation and development models. The study will finally propose concrete recommendations on infrastructure and necessary legislative developments addressed to the political authorities.

Geneva among the pilot sites

Specifically, the AVENUE project plans to conduct its tests through a fleet of vehicles of different sizes, from 4 to 12 seats, chosen by the system according to the itinerary and services requested by the user. Geneva is one of the sites chosen to conduct the large scale tests. The Department of Environment, Transport and Agriculture (DETA) of the State of Geneva has also joined the consortium, "in a desire to actively support innovation and to position Geneva as a center of excellence in the field of autonomous vehicles,» says Luc Barthassat, State Councilor in charge of the Department of the environnement, transport and agriculture.

The Geneva urban fabric indeed offers several advantages: its public transport network is managed for the most part by a single operator open to innovation, the tpg, simplifying the issues of coordination and connectivity. Despite its small size, Geneva and its traffic have all the characteristics of urban networks to test complex scenarios: traffic jams, pedestrian zones, bike paths. The city is also accurately mapped, there is a 3D modeling and high precision GPS localization services. Finally, national environmental and legislative issues are well under control thanks to the pilot programs carried out in Sion and other places by Navya, manufacturer of autonomous vehicles and partner of the AVENUE project.

"The goal is to work in suburban areas with little or no service today by connecting them to the traditional tpg network. Autonomous vehicles will not go downtown», says Denis Berdoz, CEO of tpg. "We are convinced of the potential of autonomous vehicles for our customers. This project will reinforce our knowledge of new technologies. We acquired an autonomous vehicle in August 2017. We are currently working on its commissioning on an experimental line after having tested it at the Geneva Motor Show in March 2018 », says Denis Berdoz.

The results of this large scale deployment can be compared to those in several European cities, with sometimes different philosophies such as the Mobility Cloud Copenhagen which reflects on the mobility of the person from one point to another, rather than the means used, the use and offer of autonomous taxis in Denmark, still hampered by administrative issues, the service of the pedestrian center in Luxembourg or the Navly project in Lyon, also integrated into the AVENUE project.

This project has received funding from the European Union's Horizon 2020 research and innovation programme under grant agreement No 769033.