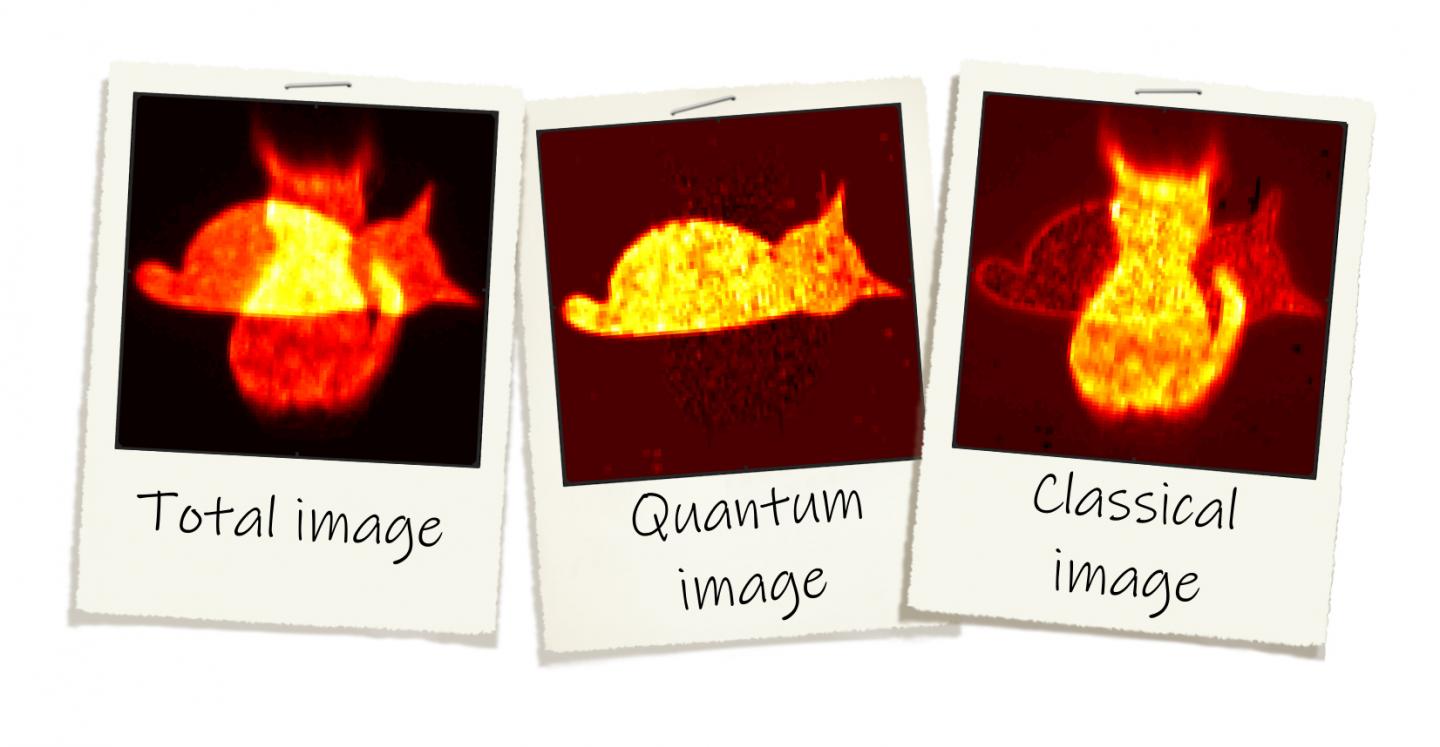 Current super-resolution microscopes or microarray laser scanning technology are known because of their high sensitivities and very good resolutions. However, they implement high light power to study samples, samples that can be light sensitive and thus become damaged or perturbed when illuminated by these devices.

Imaging techniques that employ quantum light are becoming of major importance nowadays, since their capabilities in terms of resolution and sensitivity can surpass classical limitations and, in addition, they do not damage the sample. This is possible because quantum light is emitted in single photons and that uses the property of entanglement to reach lower light intensity regimes.

Now, even though the use of quantum light and quantum detectors has been experimenting a steady development over these last years, there is still a few caveats that need to be solved. Quantum detectors are themselves sensitive to classical noise, noise which may end up being so significant that it can reduce or even cancel out any kind of quantum advantage over the images obtained.

Thus, launched a year ago, the European project Q-MIC has gathered an international team of researchers with different expertise who have come together to develop and implement quantum imaging technologies to create a quantum enhanced microscope that will be able to go beyond capabilities of current microscopy technologies.

In a study recently published in Sciences Advances, researchers Hugo Defienne and Daniele Faccio from the University of Glasgow and partners of the Q-MIC project, have reported on a new technique that uses image distillation to extract quantum information from an illuminated source that contains both quantum and classical information.

In their experiment, the researchers created a combined final image of a "dead" and "alive" cat by using two sources. They used a quantum source trigged by a laser to create entangled pairs of photons, which illuminated a crystal and passed through a filter to produce an infrared image (800nm) of a "dead cat", or what they refer to as the "quantum cat". In parallel, they used a classical source with a LED to produce the image of an "alive cat". Then, with an optical setup, they superimposed both images and sent it to a special CCD camera known as an electron-multiplied charge coupled device (EMCCD).

With this setup, they were able to observe that, in principle, both sources of light have the same spectrum, average intensity, and polarisation making them indistinguishable from a single measurement of the intensity alone. But, while photons that come from the coherent classical source (the LED light) are uncorrelated, the photons that come from the quantum source (photon pairs), are correlated in position.

By using an algorithm, they were able to use these photon correlations in position to isolate the conditional image where two photons arrive at neighbouring pixels on the camera and retrieve the "quantum illuminated" image alone. Consequently, the classical "alive cat" image was also retrieved after subtracting the quantum image from the direct total intensity image.

Another surprising issue from this method is that the researchers were also able to extract reliable quantum information even when the classical illumination was ten times higher. They showed that even when the high classical illumination decreased the quality of the image, they were still able to obtain a sharp image of the shape of quantum image.

This technique opens a new pathway for quantum imaging and quantum enhanced microscopes that aim to observe ultra-sensitive samples. In addition, the results of this study show that this technique could be of utmost importance for quantum communications. The ability to mix and extract specific information carried by both quantum and classical light could be used for encryption techniques and encoding information. In particular, it could be used to hide or encrypt information within a signal when using conventional detectors.

As Prof. Daniele Faccio, comments, "This approach brings a change in the way we are able to encode and then decode information in images, which we hope will find applications in areas ranging from microscopy to covert LIDAR."