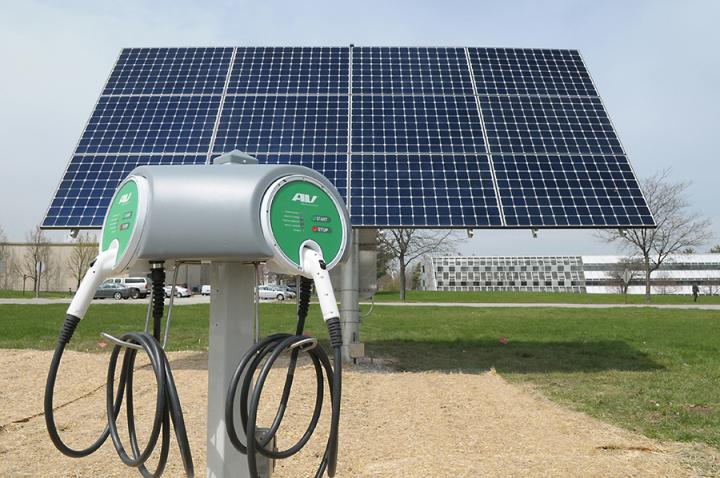 I'm delighted that Andrew, Keith, Amgad and Jeongwoo are receiving this recognition from our partners at EERE. It is well-deserved." --  Don Hillebrand, director of Argonne's Energy Systems division

"I'm delighted that Andrew, Keith, Amgad and Jeongwoo are receiving this recognition from our partners at EERE. It is well-deserved," said Don Hillebrand, director of Argonne's Energy Systems division. "Argonne and DOE are making real strides in transportation research, thanks, in part, to their efforts, and their success in removing barriers to commercialize alternative vehicles."

The Vehicle Technology Office praised Burnham for his exemplary work creating the AFLEET -- Alternative Fuel Life-Cycle Environmental and Economic Transportation -- Tool. Anyone can use the free AFLEET Tool to measure the costs and environmental advantages of many alternative fuel technologies. Burnham designed the tool for fleet buyers of vehicles to gauge technologies that aim to reduce operating costs and emissions.

More than 7,000 researchers and fleet buyers have used the tool since Burnham unveiled it in 2013.

At the Plaza, Hardy and his team have joined EV charging stations (up to 50 kW) with the 80 kW solar array to provide efficient, environmentally friendly electric refueling. The team is adding 200 kW and 350 kW fast-charging stations this summer.

Elgowainy received the award from the Fuel Cell Technologies Office for his leadership role in the Department of Energy's H2 @ Scale initiative. The multi-laboratory project informs the industry of opportunities and benefits of hydrogen production and use.

Elgowainy's role has been conducting hydrogen demand analysis, in addition to removing obstacles in the nascent market for fuel cell electric vehicles. He has developed easier and cheaper refueling methods for these vehicles. The patented approach can save money because it can double capacity of existing equipment at hydrogen refueling stations.

Elgowainy and his team are partnering with Standard Hydrogen Corporation and PDC Machines, Inc. to commercialize the novel refueling technique.

Like Elgowainy, Han earned the award for his analysis work on DOE's H2 @ Scale initiative, specifically, hydrogen demand for petroleum refining, as well as ammonia and biofuels production.

Han also studies the environmental advantages of waste-to-energy pathways, which convert methane from landfills into natural gas, gasoline and diesel. Other research areas for Han include analyzing the lifecycle energy and emissions of various fuels -- e.g., petroleum- and bio-based fuels as well as compressed and liquefied natural gas.