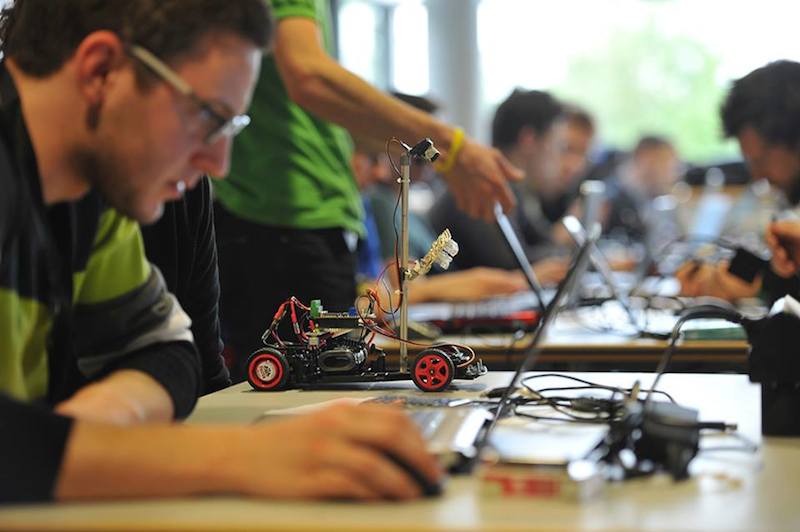 After a day of training and qualification yesterday, the final of the Freescale Cup will take place today at Fraunhofer ISS Erlangen, Germany.

The Freescale Cup, sponsored by Freescale Semiconductor, is an international competition where student teams build, program and race an intelligent model car around a track. The car is autonomous and must stay on the racetrack at all times. The fastest car to complete the track without going off the track wins the race. Cars are powered by Freescale 32-bit MCU technology Qorriva or Kinetis, which are state of the art products widely used in the industry. The cars share the same chassis basis and use similar batteries.

75 students, from 24 teams representing their respective university from 11 European countries race their cars on the 2014 Freescale Cup track at Fraunhofer ISS. The 180 sq/m racetrack consisted of speed bumps, intersections, hills and chicane curves.