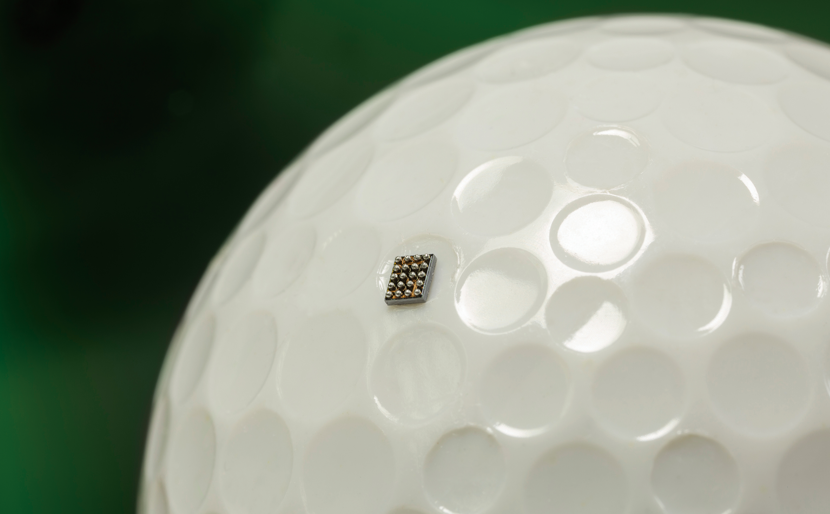 Freescale Semiconductor announced a breakthrough addition to its Kinetis mini portfolio with the introduction of the Kinetis KL03 MCU, the world’s smallest and most energy efficient 32-bit MCU based on ARM® technology. The Kinetis KL03 MCU builds on the previous generation Kinetis KL02 device with new features, advanced integration, and greater ease-of-use – all in an even smaller 1.6 x 2.0mm2 package. The new capabilities of the Kinetis KL03 device help customers to achieve lower power in a smaller form factor, saving on product design time and cost.

Leveraging advanced wafer-level chip scale packaging, the Kinetis KL03 MCU is more than 15 percent smaller than the previous generation Freescale KL02 device, and 35 percent smaller than competing 32-bit ARM MCUs. The new SoC is ideally suited for space-constrained designs, including a wide range of applications in the consumer, healthcare, and industrial markets. It is ideal for the fast-growing Internet of Things (IoT) market, where edge nodes increasingly require more intelligence in ever-smaller form factors.

“When size is no longer a barrier to incorporating microcontrollers into edge node devices, we can start to redefine what’s possible for the Internet of Things,” said Rajeev Kumar, director of worldwide marketing and business development for Freescale’s Microcontrollers business. “We see the miniaturization of MCUs as a key driver of IoT evolution. With the groundbreaking form factors of the new Kinetis KL03, systems designers for edge node products now have the technology they need to develop entirely new product categories capable, quite literally, of changing the world.”

The Kinetis KL03 MCU is code compatible across 900+ Cortex-M products. In addition, a FRDM-KL03Z Freescale Freedom development platform, as well as Processor Expert development system, Solution Advisor guide, and comprehensive Freescale and third-party enablement support in the ARM-ecosystem will be available to support development targeting the new MCU. Customers can begin evaluation immediately with the FRDM-KL02Z board.

Availability
Initial sampling of the Kinetis KL03 MCU will begin next month, with full production planned for June 2014. Suggested resale pricing is $0.75 (USD) in 100K-unit quantities.