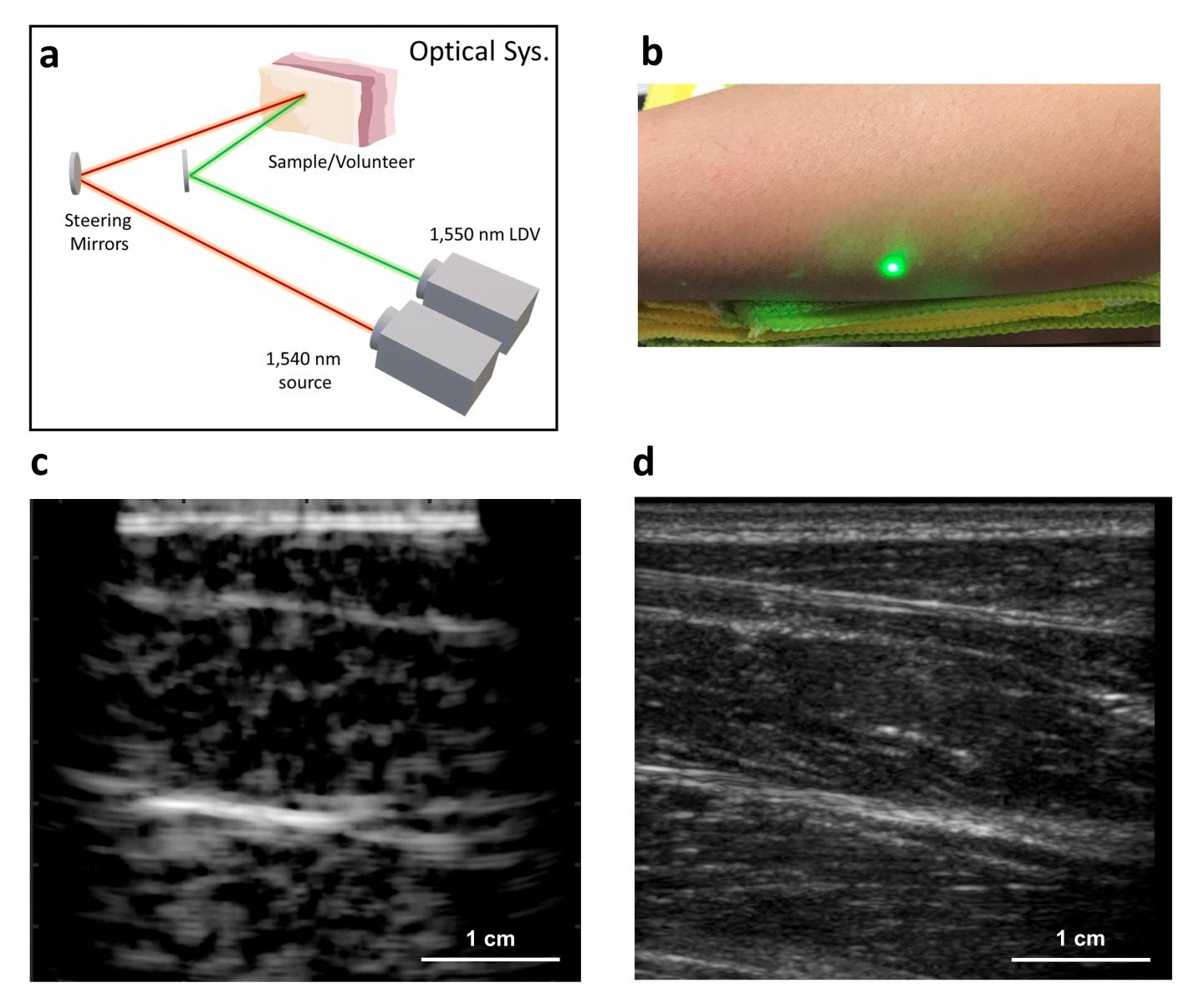 For most patients, ultrasound is a relatively painless procedure. Conventional ultrasound is safe, low-cost, non-ionizing, and one of the most commonly used imaging modalities worldwide. In a typical exam, a clinician presses an ultrasound probe with gel on the skin surface to generate an image at the desired location. The probe emits sound waves into the tissue and various features such as muscle, fat, blood vessels, and bones reflect sound back to the probe, which records the reflected signals and produces an ultrasound image. Since the probe must make contact with the skin surface to transmit and detect ultrasound, the probe's orientation on and compression of the skin surface creates contact sensitive images. This contact sensitivity causes unaccounted image variations that restricts ultrasound performance. Clinicians imaging the same region at two different times will typically produce two different images, rendering quantitative tracking of tissue change over time impossible. Furthermore, skin contact may be limiting in situations where patients don't tolerate probe contact well, such as neonates, trauma/burn victims, or surgical patients.

These first laser ultrasound image results are very encouraging. "We're at the beginning of what we could do with laser ultrasound. Imagine we get to a point where we can do everything ultrasound can do, now at a distance. This gives you a whole new way of seeing internal structures, without making contact with the patient." The researchers hope to improve upon the current technology and push laser ultrasound toward future clinical use. "As related technological fields advance, one can imagine designing a laser scanning system that can remotely and volumetrically image a patient without ever disturbing or making contact."