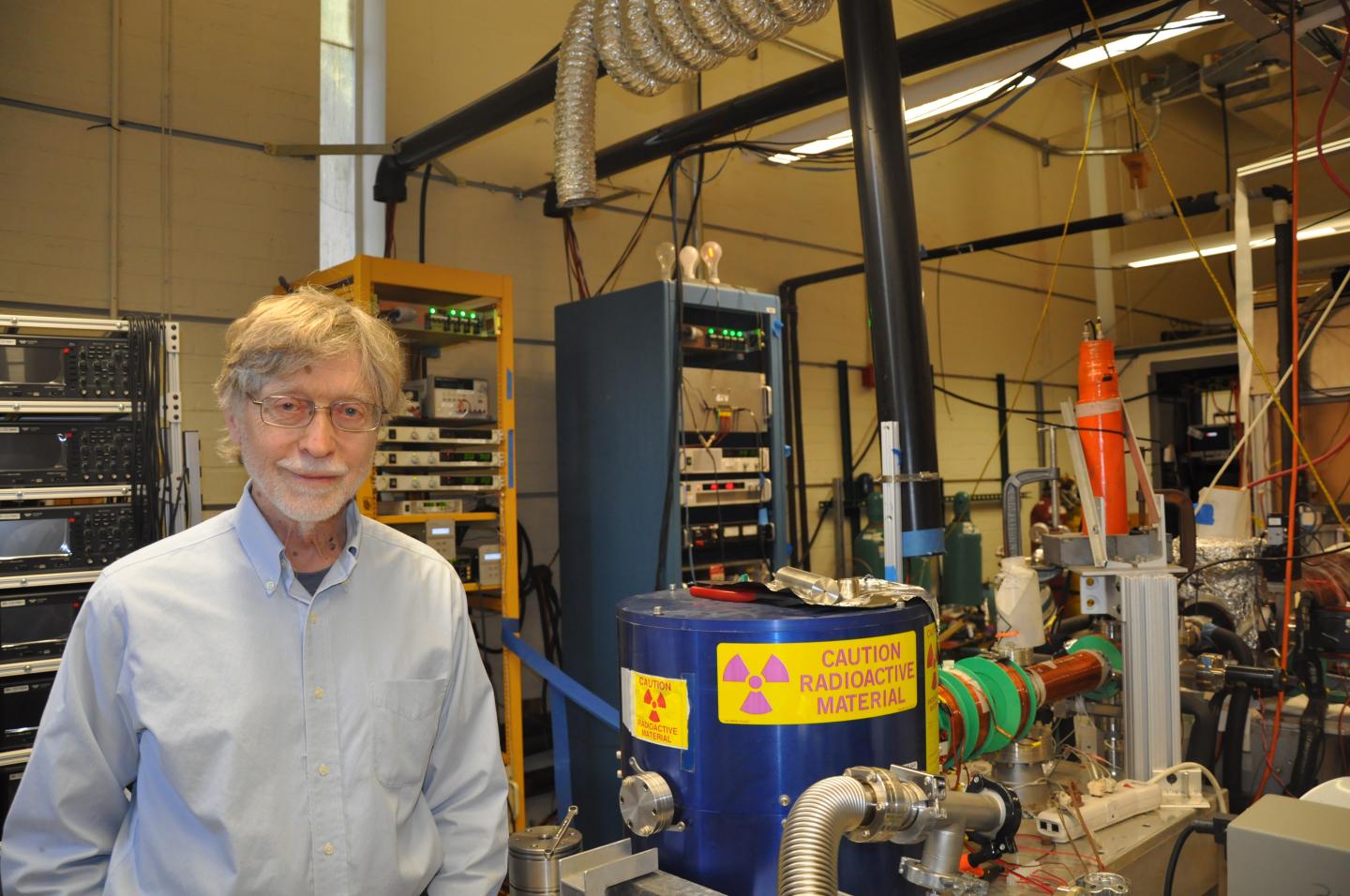 Allen Mills is a professor in the UC Riverside Department of Physics and Astronomy.

A physicist at the University of California, Riverside, has performed calculations showing hollow spherical bubbles filled with a gas of positronium atoms are stable in liquid helium.

The calculations take scientists a step closer to realizing a gamma-ray laser, which may have applications in medical imaging, spacecraft propulsion, and cancer treatment.

Extremely short-lived and only briefly stable, positronium is a hydrogen-like atom and a mixture of matter and antimatter -- specifically, bound states of electrons and their antiparticles called positrons. To create a gamma-ray laser beam, positronium needs to be in a state called a Bose-Einstein condensate -- a collection of positronium atoms in the same quantum state, allowing for more interactions and gamma radiation. Such a condensate is the key ingredient of a gamma-ray laser.

"My calculations show that a bubble in liquid helium containing a million atoms of positronium would have a number density six times that of ordinary air and would exist as a matter-antimatter Bose-Einstein condensate," said Allen Mills, a professor in the Department of Physics and Astronomy and sole author of the study that appears today in Physical Review A.

Helium, the second-most abundant element in the universe, exists in liquid form only at extremely low temperatures. Mills explained helium has a negative affinity for positronium; bubbles form in liquid helium because helium repels positronium. Positronium's long lifetime in liquid helium was first reported in 1957.

When an electron meets a positron, their mutual annihilation could be one outcome, accompanied by the production of a powerful and energetic type of electromagnetic radiation called gamma radiation. A second outcome is the formation of positronium.

Mills, who directs the Positron Laboratory at UC Riverside, said the lab is configuring an antimatter beam in a quest to produce the exotic bubbles in liquid helium that Mills' calculations predict. Such bubbles could serve as a source of positronium Bose-Einstein condensates.

"Near term results of our experiments could be the observation of positronium tunneling through a graphene sheet, which is impervious to all ordinary matter atoms, including helium, as well as the formation of a positronium atom laser beam with possible quantum computing applications," Mills said.