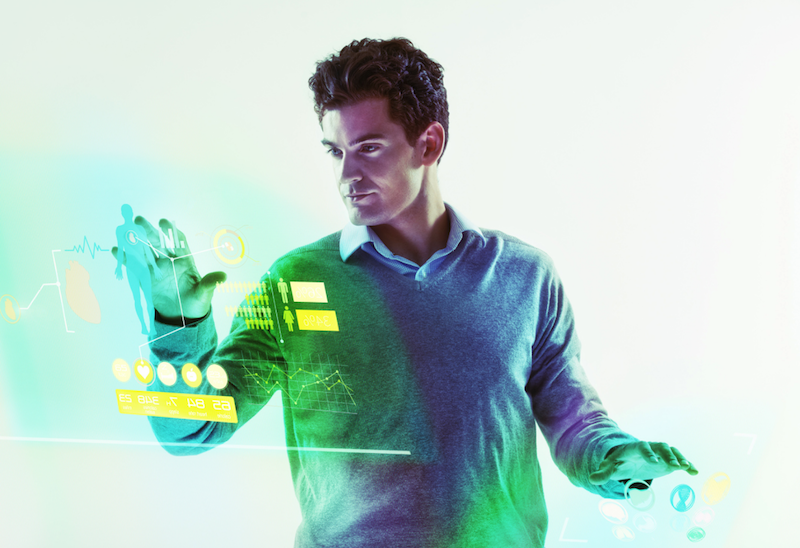 One day products may be controlled exclusively through gestures

For the first time, two prototypes of products controlled exclusively through gestures were demonstrated at “Google I/O”, a smartwatch and a wireless speaker. Both devices can recognize gestures that replace switches or buttons with this revolutionary concept. Infineon Technologies and Google ATAP enabled these features with their technologies.

“Gesture sensing offers a new opportunity to revolutionize the human-machine interface by enabling mobile and fixed devices with a third dimension of interaction,” said Ivan Poupyrev, Technical Project Lead at Google ATAP. “This will fill the existing gap with a convenient alternative for touch- and voice controlled interaction.” Andreas Urschitz, President of the division Power Management & Multimarket at Infineon, said: “Since mankind started using tools 2.4 million years ago, this is the first time in history that tools adapt to their users, rather than the other way round.”

Infineon and Google ATAP aim at addressing numerous markets with “Soli” radar technology. Among these are home entertainment, mobile devices and the Internet of Things (IoT). Radar chips from Infineon as well as Google ATAP’s software and interaction concepts form the basis. Both companies are preparing for the joint commercialization of the “Soli” technology. “Sophisticated haptic algorithms combined with highly integrated and miniaturized radar chips can foster a huge variety of applications,” said division President Urschitz.

In addition of their efforts in the audio and smartwatch markets, the developers’ ambitions are more comprehensive: “It is our target to create a new market standard with compelling performance and new user experience, creating a core technology for enablement of augmented reality and IoT,” said division President Urschitz. While Virtual Reality technologies could already visualize new realities in the past, users could not interact with these so far. The 60 GHz radar application developed by Google and Infineon bridges the gap, as a key technology enabling Augmented Reality.