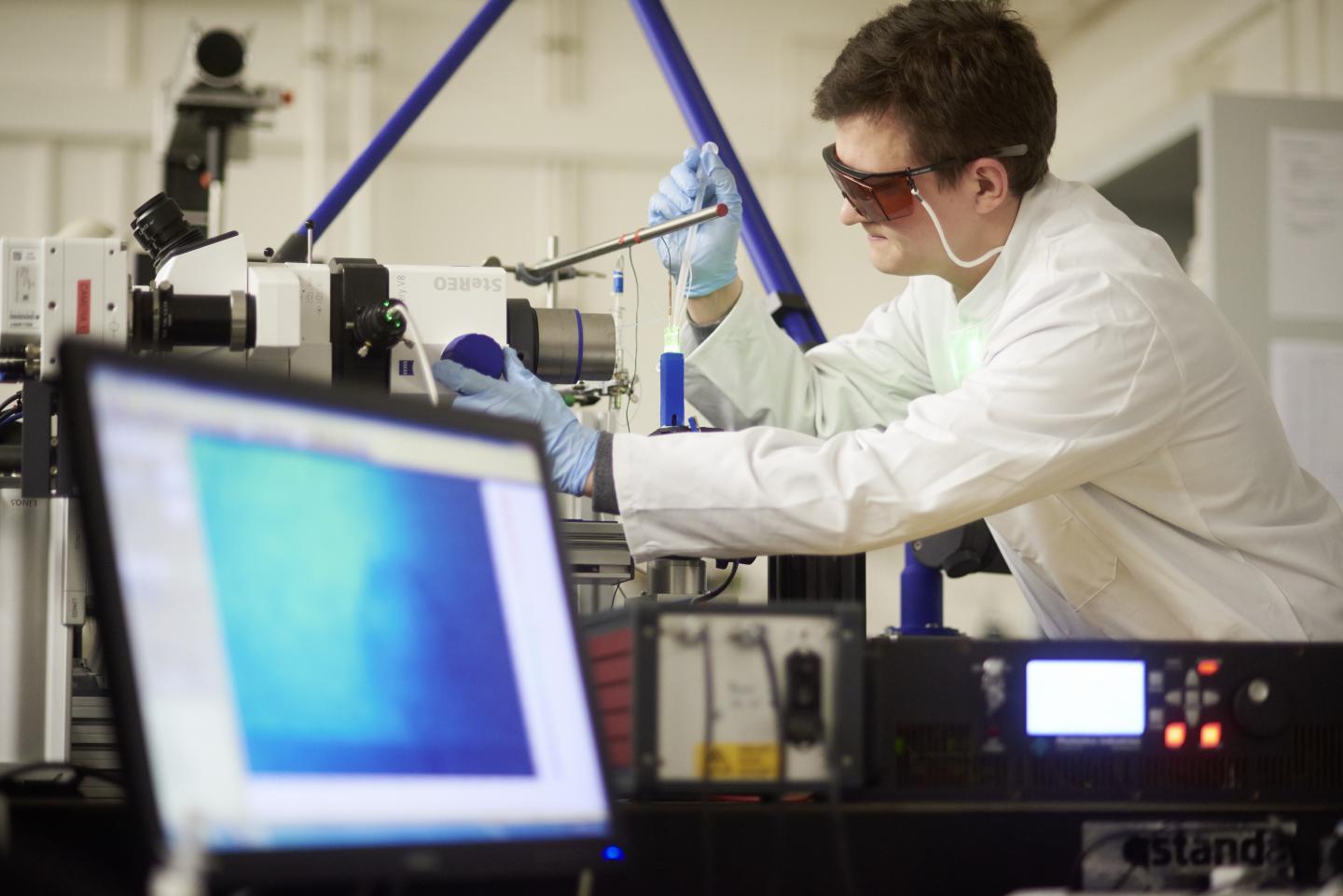 Laboratory experiments and a parabolic flight campaign have enabled an international team of researchers from the Helmholtz-Zentrum Dresden-Rossendorf (HZDR) to gain new insights into water electrolysis, in which hydrogen is obtained from water by applying electric energy. Water electrolysis could play a key role in the energy transition if efficiency improvements can be achieved. The findings published recently in the journal Physical Review Letters offer a possible starting point for enhancing the environmental impact of hydrogen-based technologies.

Workable solutions for the intermediate storage of energy are needed to ensure that excess electricity generated by solar and wind energy systems during peak production is not wasted. The production of hydrogen - which can then be converted into other chemical energy carriers - is an attractive option. It is essential that this process occurs in the most efficient - and therefore cost-effective - way.

The team of HZDR researchers, led by Prof. Kerstin Eckert, specifically focused on water electrolysis. This method uses electric energy to split water molecules into their component parts - hydrogen and oxygen. To do this, an electrical current is applied to two electrodes immersed in an acidic or alkaline aqueous solution. Gaseous hydrogen forms at one electrode, and oxygen at the other. However, energy conversion involves losses. In practice, the method currently delivers energy efficiency of around 65 to 85 percent, depending on the electrolytic process used. The aim of electrolysis research is to increase efficiency to around 90 percent by developing better techniques.

A better understanding of the underlying chemical and physical processes is essential for optimizing the process of electrolysis. Gas bubbles growing on the electrode experience buoyancy, causing the bubbles to rise. The problem of precisely predicting the detachment time of gas bubbles from electrodes has baffled researchers for years. It is also known that heat loss occurs when bubbles remain on the electrode. In a combination of laboratory experiments and theoretical calculations, the scientists have now generated a better understanding of the forces that act on the bubble. "Our findings solve an old paradox of research on hydrogen bubbles," Eckert reckoned.

In previous experiments, the researchers already noticed that hydrogen bubbles begin to oscillate rapidly. They investigated this phenomenon in greater detail: using a high-speed camera, they captured the shadow of bubbles, and analyzed how individual bubbles may detach from an electrode a hundred times a second, only to reattach to it immediately afterwards. They realized that a hitherto neglected electric force was competing with buoyancy, facilitating oscillation.

The experiment also showed that a kind of microbubble carpet is permanently formed between the gas bubble and the electrode. Above a certain carpet thickness, the electric force is no longer able to pull the bubble back, enabling it to rise. This knowledge can now be used to improve the efficiency of the entire process.

To substantiate their results, the researchers repeated the experiment during a parabolic flight sponsored by the German Aerospace Center (DLR). This enabled them to examine how changes in buoyancy influence the dynamics of gas bubbles. "The altered gravity during a parabola enabled us to vary key physical parameters, which we were unable to influence in the lab," explained Aleksandr Bashkatov, lead author of the recently published study. The PhD student at the HZDR conducted the experiments on board the parabolic flight together with other colleagues. During periods of approximate zero gravity, when freefall is experienced during a parabolic flight, buoyancy is practically zero - but is greatly enhanced at the end of the parabola. The results of the flights also showed that it would be difficult to transfer hydrogen technologies to potential use in space - without buoyancy, removing the gas bubbles from the electrode would be an even greater challenge than on Earth.

Application of water electrolyzers: regenerative energies for the region

Despite the fact that the research team's experiments had to take place under simplified laboratory conditions, the new findings will contribute to increasing the efficiency of electrolyzers in the future. The researchers, headed by Kerstin Eckert, are currently planning to team up with partners from Fraunhofer IFAM Dresden, TU Dresden, Zittau-Görlitz University of Applied Sciences and local industrial partners for a project exploring green hydrogen production in the German region of Lusatia. The aim of the project is to improve alkaline water electrolysis to such an extent that it can replace fossil fuels. "Alkaline electrolyzers are much cheaper and ecologically sound, and do not use scarce resources because they have no need for precious metal-coated electrodes. The long-term objective of the consortium is to develop a new generation of powerful alkaline devices," summarized Eckert.