Tips for tackling the biggest measurement challenge power engineers face: getting the signal from the test point to your scope 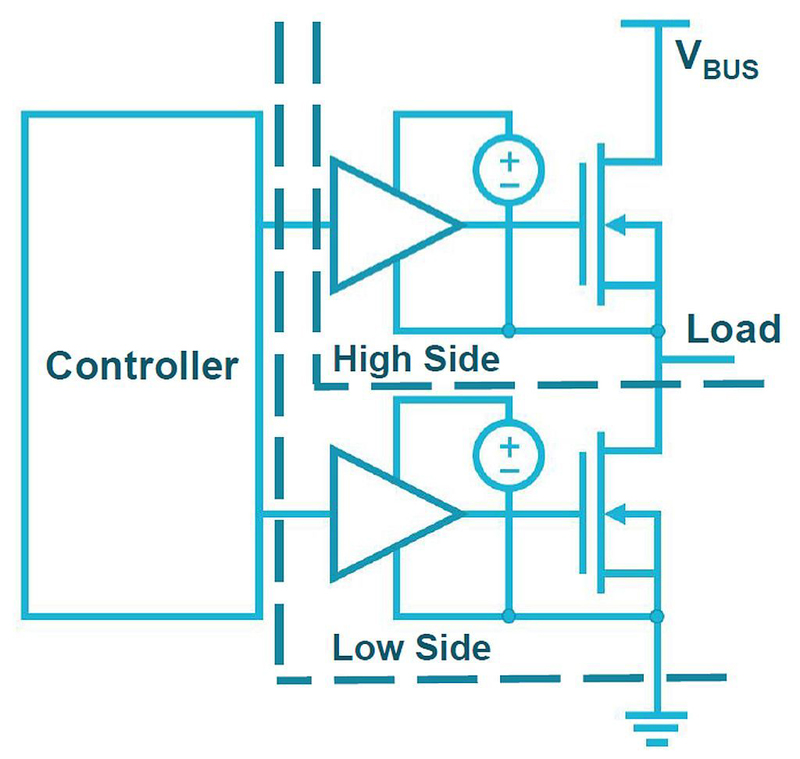 The faster switching transitions on modern wide bandgap power devices (SiC, GaN) have made measuring and characterizing a considerable challenge, and in some cases, nearly impossible. That is changing with new isolated probing technologies that are allowing designers to at long last confidently measure half bridge and gate driver waveforms that were previously hidden. With a good understanding of the challenges involved, and use of the right probing technologies and techniques, power engineers can more quickly and efficiently characterize and optimize their designs.

The half bridge circuit (Figure 1) is widely used across many applications in the field of power electronics, and is the basic circuit for converting electrical energy efficiently in modern designs. The benefits of this circuit, however, can only be realized when the half bridge, the gate drivers and the layout have all been properly designed and optimized. When measured results do not agree with expected results, it may be difficult to extract meaningful details about the device under test. To make matters worse, waveforms can dramatically change depending on the probe position and other factors, ultimately leaving the designer with more questions than answers.

Table 1. These are the most important measurements for gate drivers and half bridge configurations

Accurate power measurements depend on the measurement system’s performance in a number of areas including voltage handling, common mode rejection, connectivity, temperature handling capabilities, and the ability to measure very small current. Despite rapidly changing power design requirements, true advancements in test and measurement have not kept pace. In some cases, designers have been forced to devise custom measurement solutions, or must make do by only approximating certain measurements and missing out on potential optimizations.

At the most basic level, these measurements are performed with an oscilloscope together with an appropriate set of probes. The oscilloscope is rarely an issue when it comes to making accurate and reliable power measurements. Rather, the biggest challenge has become getting the signal from the test point to the scope. As such, it’s critical to select the right probe for the job, whether it’s a passive or single ended probe, traditional high voltage differential probe, a current probe, or an isolated probe.

Most oscilloscopes ship with a set of passive or single ended probes. Such probes can only accurately measure signals that are ground referenced to the scope, limiting them to low side measurements. You can perform high side measurements using passive probes by floating the scope or using a pair of probes to perform pseudo differential measurements as we discuss later, but this is generally not recommended.

When considering how much probe performance is needed for a particular measurement task, there’s a tendency to focus on bandwidth. Conventional thinking holds that higher bandwidth means higher performance. And, to be sure, bandwidth is important as it defines the highest frequency at which the peak-to-peak amplitude of a sine wave can be measured. But the reality is you are not going to be measuring sine waves in the frequency domain. Instead you want to display and measure the signal under consideration over time – in other words in the time domain.

Consequently, the performance metric you should pay closest attention to for half bridge and gate driver measurements is rise time. The rise time can be calculated from bandwidth, but the only way to reliably know the rise time and full time response of a measurement system is to actually measure it with a step signal that is much faster than the signal you’re measuring. 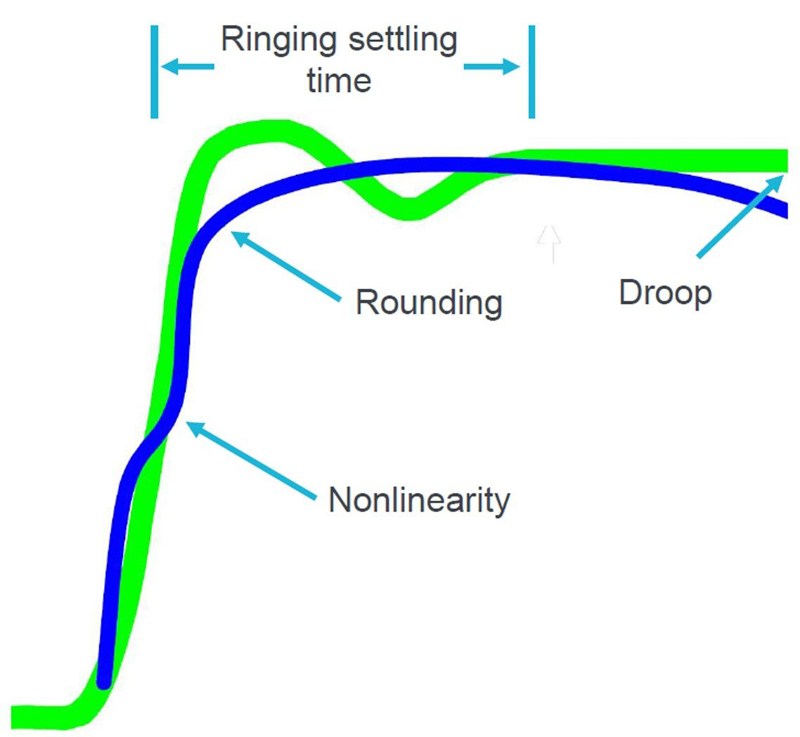 The value of a fast probe is shown in Figure 3 where we used a 1 GHz passive probe to measure the low side of a high-speed FET driver showing < 1 ns rise time on its spec sheet. Because this probe has a rise time specification of around 450 ps, we were able to measure rise time at just over 500 ps. If this measurement was made using a probe with a slower rise time, such as a 500 MHz probe, the high frequency content located at the front corner the waveform would have been rounded off.

Figure 3. A 1 GHz Tektronix TPP1000 passive probe was able to accurately measure a high-speed FET thanks to its 450 ps rise time specification

One technique to break ground loops is to “float the scope” or float the circuit being measured. Floating breaks the connection to ground earth so you can theoretically make differential measurements between two test points because the scope ground has been defeated. This practice is inherently dangerous, as it defeats that the protection from electrical shock and can damage the measurement equipment.

Floating may be useful for some measurements, particularly at very low frequencies, with the caveat that without a low impedance ground connection, radiated and conducted emissions from the scope may interfere with the measurements in the form of noise. Note also that at higher frequencies severing the ground may not break the ground loop as the “floating” circuit stays coupled to ground through large stray capacitance, resulting in ringing and waveform distortion. Figure 4 shows a floating measurement on a high side gate driver. The ringing and distortion are apparent as is a very large 28 V overshoot.

Figure 4. Ringing and distortion as well as a 28 V overshoot are apparent in this floating measurement on a high side gate driver.

Pseudo differential measurements offer another option for using passive probes and can be adequate for some low frequency measurements. The measurement is performed by making two ground reference measurements and using the scope’s math subtraction between the two scope channels. In Figure 5, the scope subtracted the waveform on CH2 from the waveform on CH1 resulting in the red waveform. Both inputs must be set to the same scale and the probes must be identical and closely matched. Common mode rejection ratio (CMRR) with this technique is poor, as is apparent in Figure 5, particularly at higher frequencies, and can overdrive the scope’s input. CMRR refers to a probe’s ability to reject any signal that is common to both test points in a differential measurement. 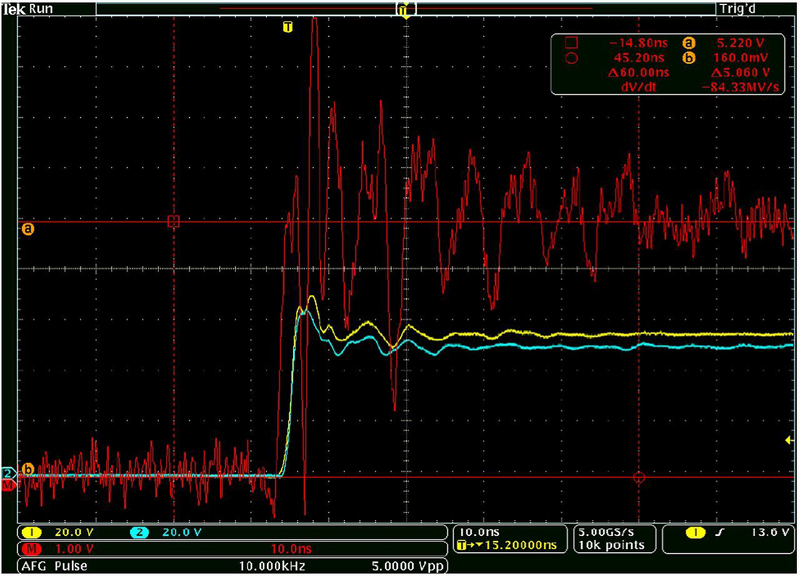 For most GaN and SiC applications, differential probes are a good choice for accurate low side measurements and some high side measurements. But for higher performance devices, the traditional high voltage differential probe is most likely not the best option due to its inefficient common mode rejection capabilities at higher frequencies. This becomes a significant problem for high side voltage measurements where you need to measure a small differential voltage in the presence of a large common mode voltage during rapid switch node transitions.

These limitations are especially significant when testing powered GaN or SiC devices with ultra-fast switching rates, and even nominal common mode voltages. For example, a 100 MHz bandwidth differential probe that offers -70 dB CMRR at DC and -50 dB at 1 MHz derates to just -27 dB CMRR at 100 MHz – approximately 22 to one.

Such negative specs can be hard to track down from probe datasheets that don’t promote derating against frequency as a feature. Instead, you’ll need to hunt through the user manual for plots such as that shown in Figure 6. The impact of poor CMRR, however, is easy to calculate. For 600 V of common mode voltage, for example, the resulting error is 27 V (600 divided by 22). This is a showstopper as it simply would  not be possible to accurately measure a high frequency 15 V differential signal in the presence of 600 V of common mode voltage using a probe that produces this amount of error. 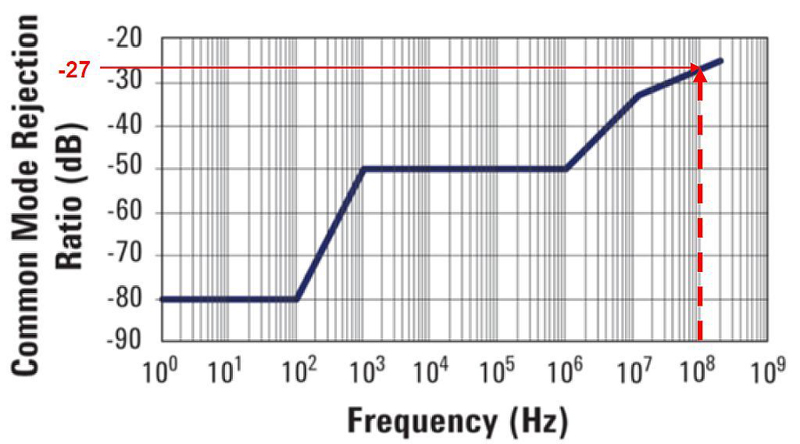 Lacking sufficient probing options, many power designers have resorted to some alternative techniques when it comes to the high side device measurements such as measuring the low side and referring the results to the high side using extensive simulation, examining thermal characteristics, EMI proximity probing, and when all else fails, simple trial and error.

The limitations of single-ended and differentials probes become more pronounced when testing SiC and GaN power devices with very fast switching rates and high nominal common mode voltage. Since the problem of capturing these signals stems from the need for earth ground, it follows that a workable solution would be probe technology that does not depend on earth ground, and therefore would be more or less immune to the effects of high-common mode voltage. Such isolated probes operate entirely through fiber optics and offer a number of advantages including bandwidth up to 1 GHz, large differential voltage range and excellent common mode rejection across all frequencies.

When performing high side VGS measurements, engineers need to see enough waveform detail to confirm simulations and evaluate signal characteristics, such as ringing, compared to the ideal state represented in Figure 7. The high side VGS turns on and the first region depicts the CGS gate source charge time, which is followed by the Miller plateau. Once the channel is in conduction, the gate will charge up to its final value. 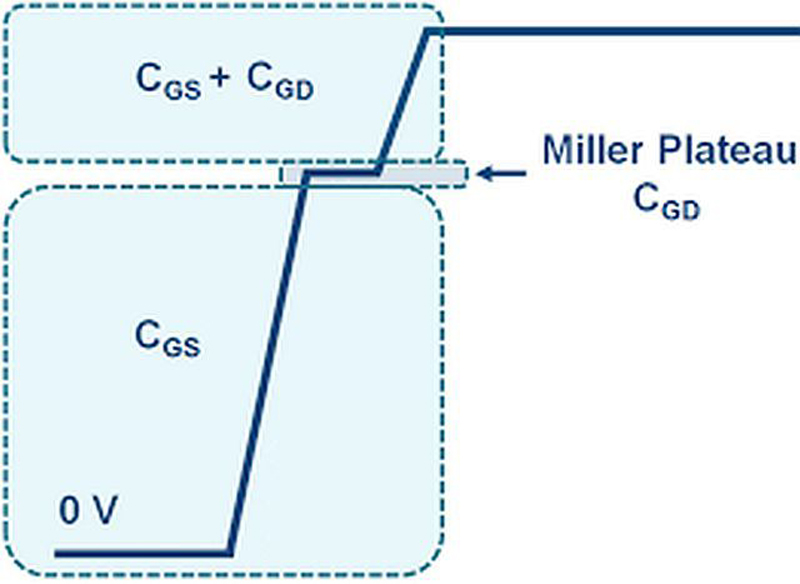 Figure 7. This is a representation of the ideal state for high side VGS

In looking at the comparison of high side VGS measurements using a traditional high voltage differential probe versus a high performance isolated probe shown in Figure 8, it’s clear that it would be very difficult to extract meaningful information and make design decisions based on the measurements provided by the traditional probe.

In the contrast, the isolated high voltage measurement system offers the resolution and repeatability required to measure and characterize and optimize the performance of such a design. You can clearly see the Miller plateau and the correlation to the switch to node transition. This waveform clearly shows resonance and signal details that were previously hidden, ultimately providing the confidence needed to optimize performance and develop the design without being overly conservative.

High side, low side interaction

One of the more difficult to diagnose problems, especially for GaN devices that have tight tolerances, is parasitic coupling between the low side switch and the high side gate in the switch node. Figure 9 shows a case where overshoot or ringing from the high side is carrying over to the low side. Such a situation, unknowable without the ability to perform accurate high side measurements, can cause a number of problems ranging from worst case catastrophic failure to simultaneous conduction where both the low side and the high side are turning on at the same time. At a minimum, you'll have switching and efficiency loss and degradation. 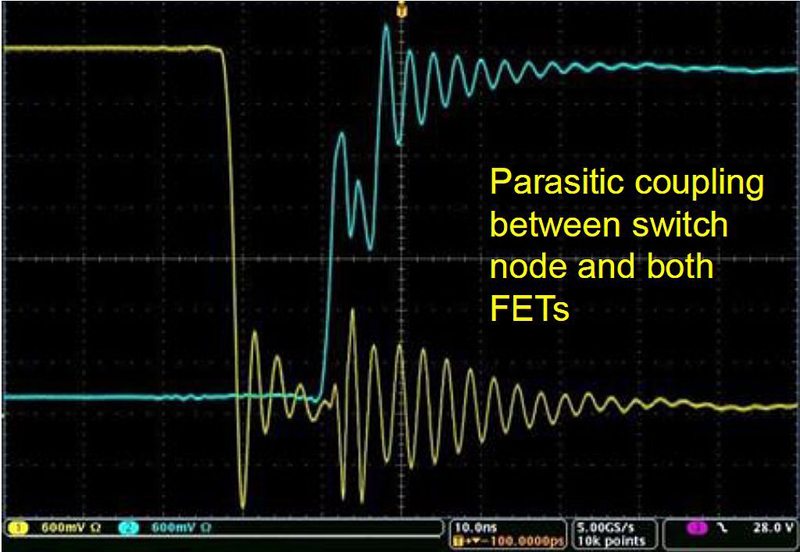 Figure 9. The ability to see actual waveforms makes it possible to diagnose and resolve problems such as parasitic coupling between switch nodes

It certainly no understatement to say that the measurement challenges surrounding half bridges and gate drivers are numerous, but at the same time these challenges must be overcome to take full advantage of the latest wide bandgap materials. This requires proper measurement techniques and capable measurement solutions. Often, issues are not scope driven, but are based on probe selection. High side gate measurements are especially daunting, but many of the challenge involved can be overcome by understanding common mode rejection ratio and how isolated high voltage differential probes can enable accurate, reliable measurement insights even in the presence of high common mode voltage.