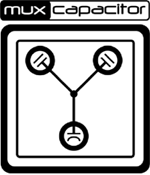 Traditional power supplies are built around century-old methods. Transformers are the culprit here: they are big, cumbersome, heavy, inefficient, and inflexible, and they usually dictate the size and form factor of a power supply. Getting the maximum amount of power in the smallest space possible is the key to a new way of powering the world, and proprietary technology from Helix Semiconductors has accomplished exactly that. The company has developed a chipset that enables the replacement of the traditional transformer brick by “transforming” voltage and power through its patented MuxCapacitor programmable gain converter chipset. Isolation is accomplished by transferring power across a capacitive isolation barrier,which is patented, UL-reviewed and approved IP owned by Helix Semiconductors.

According to Helix Semiconductors President and CEO Harold A. Blomquist, this achievement represents a true disruption of the power supply industry. “The problems presented by transformers are not new, and the industry has been trying to make power supplies smaller and more efficient for some time now,” Blomquist noted. “Without a significant technological breakthrough, these bricks would continue to plague our future – just as they have our past. Our transformerless AC-DC converter technology enables highly efficient capacitive voltage conversion and capacitive isolation, which leads to disruptive improvements in power density and voltage conversion efficiency.”

The timing could not be better. The number of connected devices is reaching unprecedented levels – with no signs of slowing down. These power-hungry devices are also creating a strain on the world’s power grids, which are being pushed to their brink. Add in the fact that global initiatives for more efficient power supplies have been enacted by multiple government entities, and the need for a better approach to the power supply conundrum reaches critical mass.