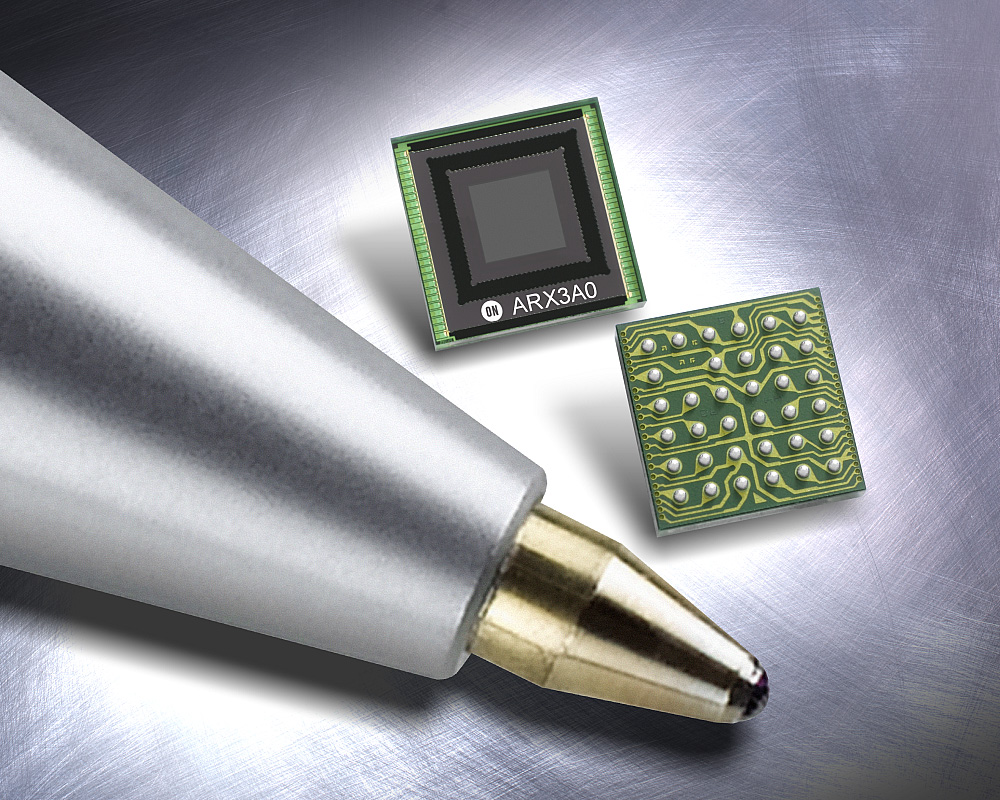 PHOENIX, Ariz. – ON Semiconductor has announced the introduction of the ARX3A0 digital image sensor with 0.3 Mega-Pixel (MP) resolution in a 1:1 aspect ratio. With up to 360 frames per second (fps) capture rate it can perform like a global shutter in many conditions but with the size, performance and responsivity benefits of being a Back-Side Illuminated (BSI) rolling shutter sensor. With its small size, square format and high frame rate, ARX3A0 is particularly suitable for emerging Machine Vision, Artificial Intelligence and AR/VR applications, as well as small supplemental security cameras.

Power is becoming increasingly important for many applications that provide still or streaming images. The ARX3A0 is designed to deliver flexible, high-performance image capture with minimal power; it consumes less than 19 mW when capturing images at 30 fps, and just 2.5 mW when capturing 1 fps.

The 1/10 in square format enables low height modules, while the miniature 3.5 mm die size helps maximize the sensor’s field of view. Its small size and square format mean the ARX3A0 can be used in emerging applications where orientation isn’t fixed but space is limited, such as AR/VR goggles to monitor the wearer’s eye movement. Eye movement data can be used to adjust the image viewed, which is believed to mitigate the possible effect of motion sickness as experienced by some users. Simultaneous Localization and Mapping (SLAM) is another application where ARX3A0’s small size and low power image sensors will be crucial.

The monochrome sensor is based on a 560 by 560 active-pixel array featuring ON Semiconductor’s NIR+ technology, giving it high sensitivity at near IR wavelengths to deliver superior performance in no light or when lighting is used that is non-detectable by the human eye. Advanced power management features include the ability to automatically wake from a low power mode when detecting motion or lighting changes in the scene. This allows the sensor to become the main source of wake for an entire camera system saving even more system power.

Developments in Artificial Intelligence have seen its use extend to more areas, creating demand for data that is specifically intended for machines rather than humans. The specific requirements of these systems impact image sensor technology. While most image sensors were conceived purely with visual applications in mind, the ARX3A0 is the first of new breed of digital image sensor designed for advanced and increasingly intelligent systems, as well as traditional viewing systems.

The ARX3A0 is available in both chip scale package and reconstructed wafer die. Evaluation boards running on ON Semiconductor’s industry leading PC-based DevWare system and prototype modules are also available through ON Semiconductor and authorized distributors.