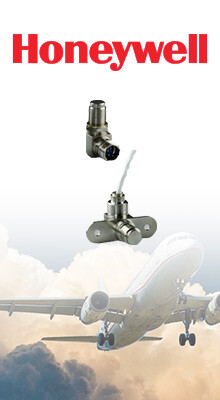 These are two new platforms of proximity sensors that were previously known as the IHM Series. Both platforms incorporate Honeywell’s patented Integrated Health Monitoring functionality, however the products have some technical differences that allow them to be used in various aerospace applications. GAPS can be used in less harsh areas of application with some differences of electrical and environmental characteristics when compared to HAPS. HAPS Aerospace Proximity Sensors are configurable, non-contact, hermetically sealed devices designed to sense the presence or absence of a target in harsh duty aircraft applications.