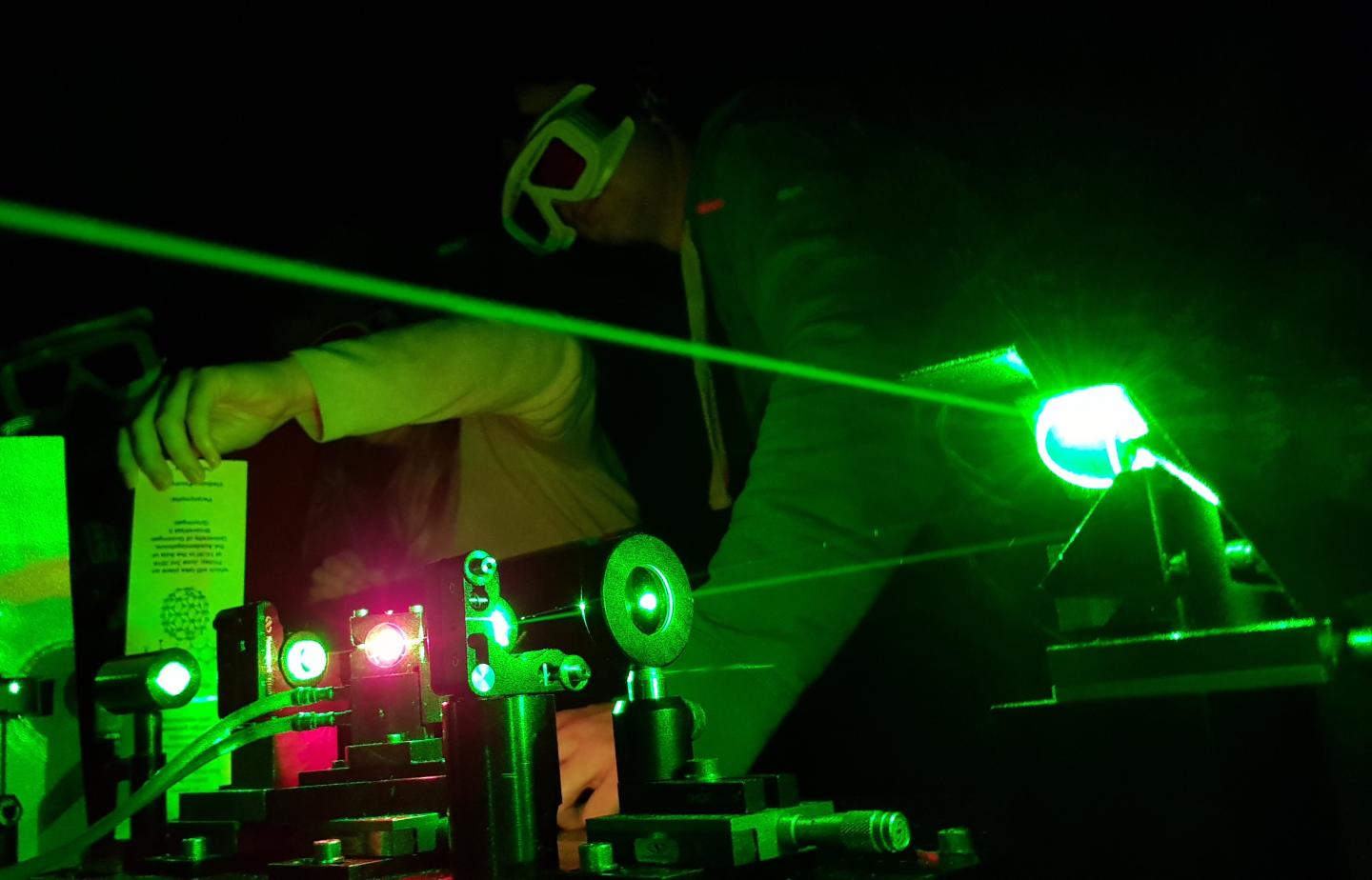 This is a set up for ultrafast spectroscopy, as used in the study.

Semiconductors convert energy from photons (light) into an electron current. However, some photons carry too much energy for the material to absorb. These photons produce 'hot electrons', and the excess energy of these electrons is converted into heat. Materials scientists have been looking for ways to harvest this excess energy. Scientists from the University of Groningen and Nanyang Technological University (Singapore) have now shown that this may be easier than expected by combining a perovskite with an acceptor material for 'hot electrons'. Their proof of principle was published in Science Advances on 15 November.

In photovoltaic cells, semiconductors will absorb photon energy, but only from photons that have the right amount of energy: too little and the photons pass right through the material, too much and the excess energy is lost as heat. The right amount is determined by the bandgap: the difference in energy levels between the highest occupied molecular orbital (HOMO) and the lowest unoccupied molecular orbital (LUMO).

'The excess energy of hot electrons, produced by the high-energy photons, is very rapidly absorbed by the material as heat,' explains Maxim Pshenichnikov, Professor of Ultrafast Spectroscopy at the University of Groningen. To fully capture the energy of hot electrons, materials with a larger bandgap must be used. However, this means that the hot electrons should be transported to this material before losing their energy. The current general approach to harvesting these electrons is to slow down the loss of energy, for example by using nanoparticles instead of bulk material. 'In these nanoparticles, there are fewer options for the electrons to release the excess energy as heat,' explains Pshenichnikov.

Together with colleagues from the Nanyang Technological University, where he was a visiting professor for the past three years, Pshenichnikov studied a system in which an organic-inorganic hybrid perovskite semiconductor was combined with the organic compound bathophenanthroline (bphen), a material with a large bandgap. The scientists used laser light to excite electrons in the perovskite and studied the behavior of the hot electrons that were generated.

The results showed that hot electrons from the perovskite semiconductor were readily absorbed by the bphen. 'This happened without the need to slow down these electrons and, moreover, in bulk material. So, without any tricks, the hot electrons were harvested.' However, the scientists noticed that the energy required was slightly higher than the bphen bandgap. 'This was unexpected. Apparently, some extra energy is needed to overcome a barrier at the interface between the two materials.'

Nevertheless, the study provides a proof of principle for the harvesting of hot electrons in bulk perovskite semiconductor material. Pshenichnikov: 'The experiments were performed with a realistic amount of energy, comparable to visible light. The next challenge is to construct a real device using this combination of materials.'