How Deep Space Travel Could Affect the Brain 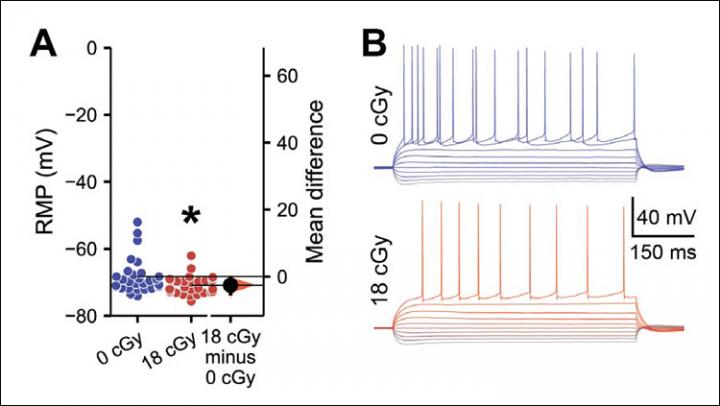 Radiation exposure alters the electrophysiological properties of neurons in the hippocampus.

Exposure to chronic, low dose radiation -- the conditions present in deep space -- causes neural and behavioral impairments in mice, researchers report in eNeuro. These results highlight the pressing need to develop safety measures to protect the brain from radiation during deep space missions as astronauts prepare to travel to Mars.

Radiation is known to disrupt signaling among other processes in the brain. However, previous experiments used short-term, higher dose-rate exposures of radiation, which does not accurately reflect the conditions in space.

To investigate how deep space travel could affect the nervous system, Charles Limoli and colleagues at the University of California, Irvine, Stanford University, Colorado State University and the Eastern Virginia School of Medicine exposed mice to chronic, low dose radiation for six months. They found that the radiation exposure impaired cellular signaling in the hippocampus and prefrontal cortex, resulting in learning and memory impairments. They also observed increased anxiety behaviors, indicating that the radiation also impacted the amygdala.