How Individuals use Technology to Engage with their Cultures

UTSA researcher says people are redefining who they are through technology 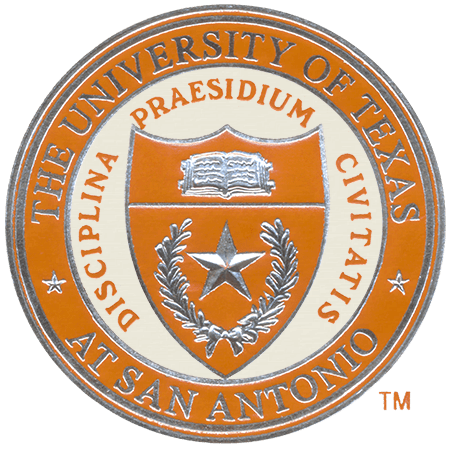 As the nation continues to get more diverse, it's common for immigrant populations in the United States to identify with two or more cultures at the same time.

In a new article published in Lingua, M. Sidury Christiansen argues for a redefinition of how we see transnationalism or the movement of people, ideas and capital across national borders.

Through her research, she argues that technology use or the way people engage with each other through technology disrupts traditional notions of homeland and host-land.

The UTSA researcher is exploring how immigrant Mexicans and their children living in the United States experience "Mexicanness" and how that experience emerges online in her article, "Listisimo para los #XVdeRubi:" Constructing a chronotope as a shared imagined experience in Twitter to enact Mexicanness outside of Mexico.

Christiansen examined how Twitter users of Mexican-heritage based in the U.S. reacted to a tweet that went viral in December 2016 about a quinceañera, or fifteenth birthday celebration, in a rural town in Mexico.

It is common practice among people from the small, rural town in the central state of Mexico, San Luis Potosi, to send out flyers announcing a party and to invite everyone in their community.

A video invitation for the party of Rubí Ibarra García (Los XV de Rubí) was also recorded and shared by a local news outlet. In the video, Rubí's father stated that "everyone was welcome" to the celebration. The news outlet created a public "event" on Facebook and within hours the invite went viral.

Thousands of people physically attended the celebration and several more were virtual participants.

Christiansen noticed that people all over the world were sharing memes and pictures of themselves choosing clothes, food and pretending to go to the party. The party was covered by major news outlets in different countries.

"I think it's important to study how people move from spectator to actor of an online event and whether doing so creates a platform for enacting a particular identity (in this case, Mexicanness) and a sense of belonging to a specific community," explained Christiansen, an assistant professor who teaches in the UTSA Department of Bicultural-Bilingual Studies in the College of Education and Human Development. "The article shows how transnationals who do not belong to a single social network use language and online participation to form an ad-hoc social network and to co-create an imagined space that transcends geography and temporality."

Christiansen looked for posts related to the celebration on Facebook and Twitter daily from the day the invitation was published until the day after the online live broadcast of the ceremony (November 30, 2016 to December 27, 2016).

For this article, she chose examples from the most retweeted categories: attire (16.75%), making plans to attend the party (13.5%), criticism of the party, customs, or ranchero culture (11.7%) and food (8.3%). From those categories, she included the tweets that most clearly represented the diversity of engagement from Twitter users.

Christiansen noted that Twitter users found creative ways to participate in this cultural event and display their identities, despite their physical location. Mexicans in the U.S. used language to express their cultural belonging and often used Spanish in the form of a hashtag.

"The article shows how Twitter users virtually attending the quinceañera provided a strong sense of attachment to Mexican culture. Even when users appeared to distance themselves by using English or the use of strong language, they were speaking to the larger culture, claiming that they are Mexican, but of a different kind," said Christiansen.

Christiansen noted that social media and technology have made it easier for younger generations to keep in touch with their parents' home communities and cultures and this can be integral to their identity formation and sense of belonging to those cultures.

In her previous research, Christiansen discussed how a close-knit network of transnational Mexicans manipulate language in private conversation on Facebook to transcend geographical location and time to create intimate social spaces where individuals strengthen interpersonal relationships and cultural ties.

"This new study challenges the definitions of transnationalism to account for the different ways in which people use social media to experience their cultures, practice their rituals, maintain identities, and forge ethnic relations and a sense of belonging to their communities," explained Christiansen.

Christiansen said she plans to keep exploring how transnationals communicate on social media and wants to analyze the impact of online social networks as they relate to academics and informal learning.