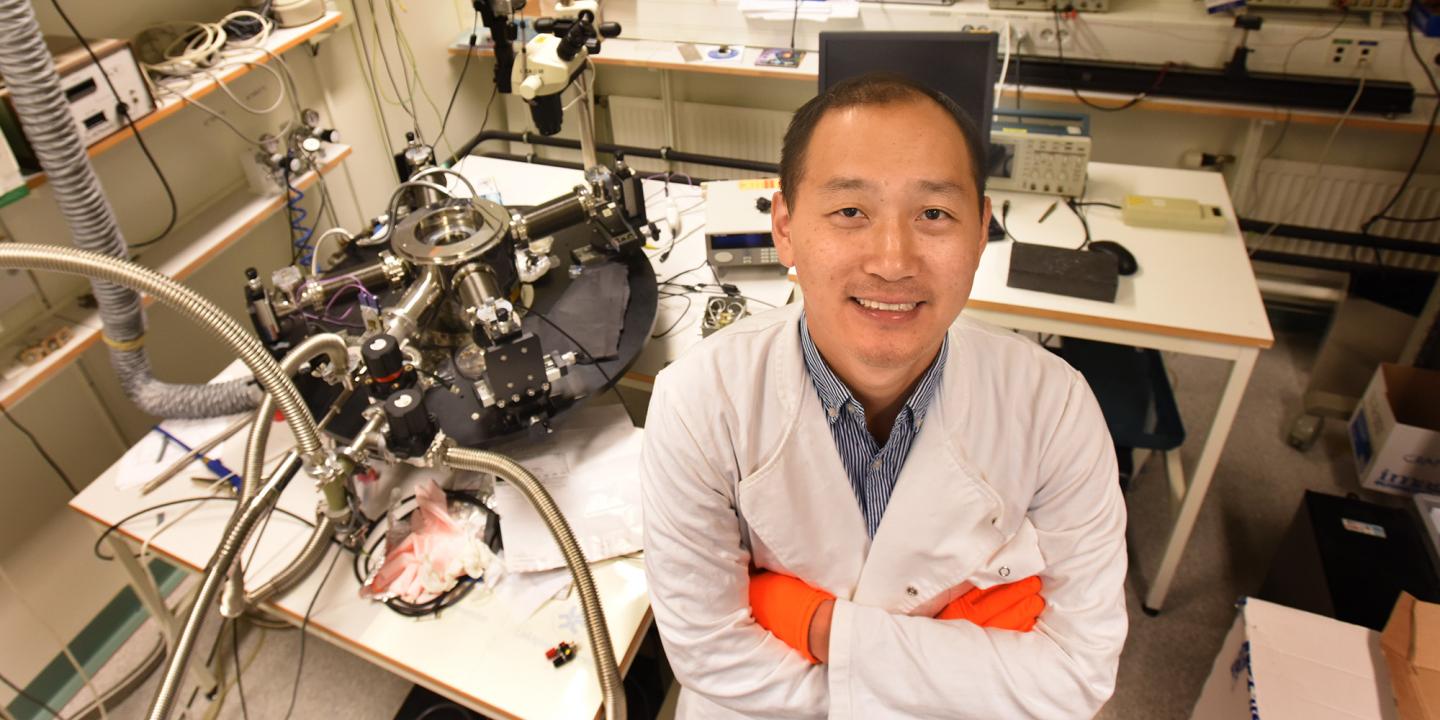 This is Feng Gao, associate professor at Linköping University, Sweden.

Twenty-five researchers from seven research institutes have put their heads together to draw up rules for designing high-efficiency organic solar cells. The research is led by Feng Gao, associate professor at Linkoping University, Sweden.

Organic solar cells, made from carbon-based materials, present unique advantages compared with other solar cell technologies. For example, they can be manufactured through low-cost printing technologies, and they can be made semi-transparent with selectable colours, which can be used architecturally in building integration. Their flexibility and low weight make them perfect for powering the sensors for the internet of things applications.

A key challenge facing the development of organic solar cells is that they usually have large energy losses.

"We have formulated some rational design rules to minimise energy losses in organic solar cells. Following these rules, we present a range of examples with low energy losses and high power conversion efficencies", says Feng Gao, associate professor at the Division of Biomolecular and Organic Electronics at Linkoping University.

The design rules, which challenge some previously held ideas, have been published in an article in the prestigious journal Nature Materials.

"But we now know that there is no difference - the theoretical limit is the same for solar cells manufactured from silicon, perovskites or polymers", says Olle Inganas, professor of biomolecular and organic electronics, Linkoping university.

When photons from the sun are absorbed by the semiconducting polymer in a solar cell, electrons in the donor material are raised to an excited state, and holes are formed in the ground state to which the electrons remain attracted. In order to separate these bound electrons and holes, an acceptor material is added. However, this acceptor material usually results in extra energy losses, an issue that has bothered the organic solar cell community for over two decades.

The article in Nature Materials presents two fundamental rules to minimise energy losses for highly efficient organic solar cells: - Minimise the energy offset between donor and acceptor components. - Make sure that the low-gap component in the blend has a high photoluminescence.

The researchers at the seven research institutes in the US, China and Europe have together produced around a dozen different materials, some of which have been reported previously and others are completely new. They have used these to demonstrate that the new theory agrees with experimental results, even though it is somewhat incompatible with what was previously believed.

In addition to Feng Gao, Artem A Bakulin from Imperial College London and Veaceslav Coropceanu from the Georgia Institute of Technology are also corresponding authors of the article. The research has been financed by grants from sources in Sweden, the EU, the US and China, and has also been carried out within the framework of the strategic initiative in advanced functional materials, AFM, at Linkoping University.