Independent testing proves the maturity of the proprietary ABB Power Grids’ technology, marking a major step towards power grids of the future. 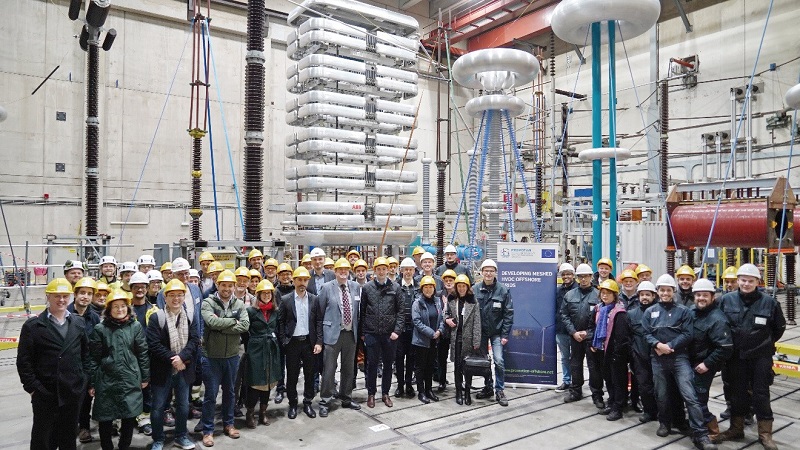 Full-scale, third party tests on ABB Power Grids’ Hybrid high-voltage direct current (HVDC) breaker, carried out in the KEMA Laboratories (Netherlands) in front of attending European TSOs and grid developers, successfully proved the maturity of the technology. This development is significant in shaping the future of sustainable energy, increasing access to reliable and affordable energy for all.

The tests were performed as part of the ‘Progress on Offshore Meshed HVDC Transmission Networks’ (PROMOTioN) project, which was set up to unlock the full potential of Europe’s offshore resources and tackle the technical, regulatory, financial and legal challenges to the implementation of these networks. Supporting the objectives of the European Green Deal, and funded by the European Union’s Horizon 2020 research and innovation programme, the consortium consists of 34 partners ranging from all major European HVDC equipment manufacturers, TSOs and academia to test labs and consultants. The test program was developed under the PROMOTioN project and agreed with the other participating HVDC circuit breaker manufacturers.

ABB Power Grids’ Hybrid HVDC breaker removes a significant technical challenge in the development of HVDC grids, which has been a limitation for high voltage DC technology expansion. It permits the transmission system to maintain power flow if there is a fault on one of the lines; the breaker isolates the fault by breaking the direct current, even if extremely high power levels are required.

Earlier deployment of HVDC has led to an increasing number of point to point connections, and some multi-terminal systems, in different parts of the world. The logical next step is to connect the power lines and optimize the reliability of the network, a DC grid, which will also enable the balancing of loads, integration of large amounts of renewables, lowering of transmission losses and facilitate energy trading across borders. A DC grid would support and stabilize the AC grid by working as power superhighways, avoiding black outs and minimizing power losses.

The outcome of the PROMOTioN tests symbolizes a big step forward in turning ABB Power Grids’ vision of a future mega DC grid, that crosses continents and fully integrates hydro, solar and wind energy, into a reality.