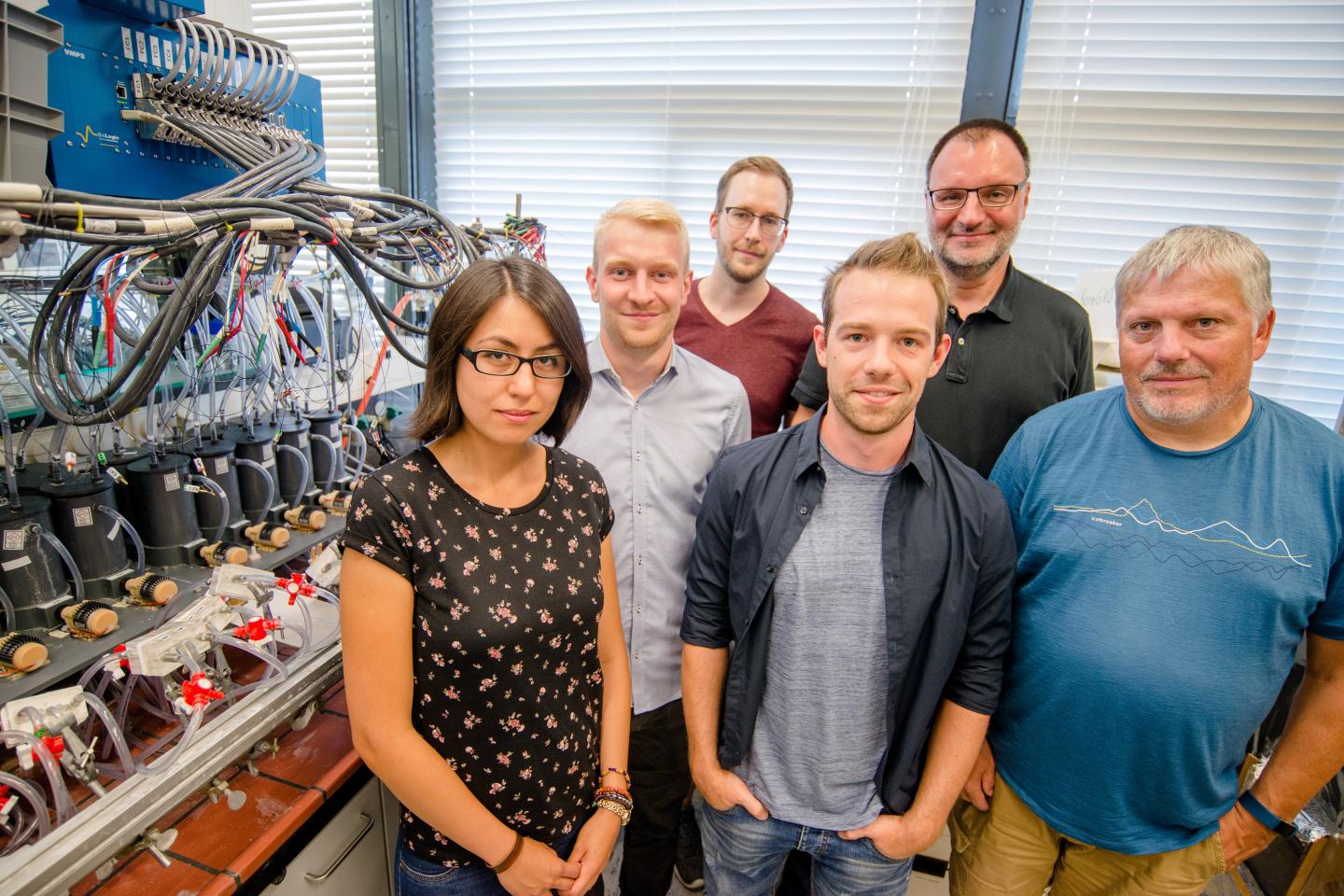 Chemists at Ruhr-Universität Bochum (RUB) have developed a new, low-cost catalyst for plastic production. It turns a biorefinery product into a starting material for the synthesis of plastics, which could represent a sustainable alternative to widespread PET. At the same time, the potential energy source hydrogen can also be formed during the reaction. During the study, the team surrounding Dr Stefan Barwe and Prof Dr Wolfgang Schuhmann from the Bochum-based Centre for Electrochemical Sciences cooperated with the RUB Laboratory of Industrial Chemistry under the leadership of Prof Dr Martin Muhler. The researchers describe the work in the journal Angewandte Chemie from 9th July 2018.

"We could take a big step towards a sustainable chemicals industry if we did not use crude oil as the starting material, but rather biomass that is not used as a foodstuff," says Wolfgang Schuhmann.

An alternative to PET

In their study, the Bochum-based researchers present a nickel boride catalyst which - as it does not contain any precious metals - is readily available and affordable compared to many other catalysts. It can turn the biorefinery product HMF (5-hydroxymethyl-furfural) into FDCA (2,5-furandicarboxylic acid). "FDCA is interesting for the industry because it can be processed into polyesters," explains Stefan Barwe. "PEF, an alternative to PET, can thus be produced - and all of this is based on renewable raw materials, i.e. plants."

In the tests conducted by the Bochum-based team, the catalyst turned 98.5 percent of the starting material HMF into FDCA in half an hour; no waste products are created. "We have also designed the catalyst in such a way that it is effective under the same conditions under which hydrogen production is also successful," Stefan Barwe describes a further benefit of the development. The researchers were thus also able to use the starting material to synthesise hydrogen as a the potential energy source. Hydrogen is usually acquired from water using electrolysis, which also produces oxygen. The particularly energy-consuming reaction step, oxygen evolution, was eliminated when the researchers linked up hydrogen evolution and FDCA production.

The team also clarified the reaction step by step using electrochemical methods and infrared spectroscopy. For the first time, the chemists were able to track in real time which intermediate products turn HMF into FDCA.