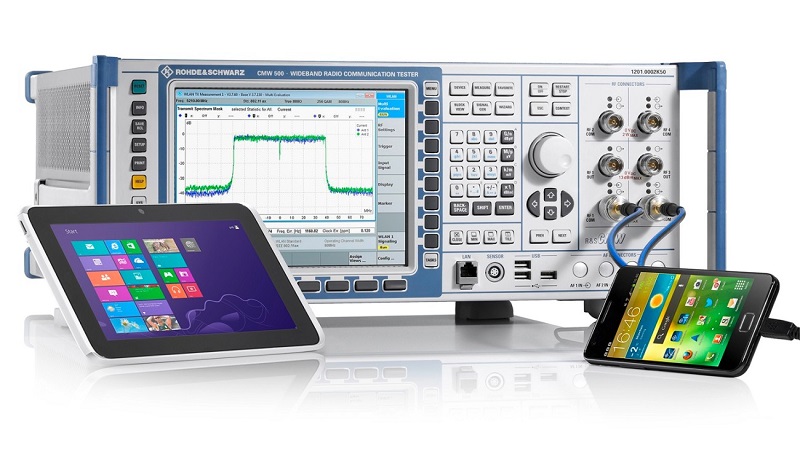 Access points and WLAN stations can now be tested in single input single output (SISO) and multiple input multiple output (MIMO) mode as well as in single-user or multi-user (OFDMA) operation, even under fading conditions and during IP data application.

The greatest innovation in IEEE 802.11ax (Wi-Fi 6) compliant WLAN transmission technology is the introduction of orthogonal frequency-division multiple access (OFDMA) technology, a multi-user variant of the orthogonal multiplexing scheme previously used in wireless LANs. By sharing the available bandwidth, multiple users can be active at the same time. This technology presents new challenges for developers of WLAN devices and significantly expands the scope of testing for the certification of Wi-Fi 6 devices.

At the Mobile World Congress 2020 in Barcelona, Rohde & Schwarz will showcase for the first time an IEEE 802.11ax test solution for WLAN access points in multi-user operation (OFDMA). The tried and tested R&S CMW270 Wireless Connectivity Tester can be used to test the RF characteristics of receivers and transmitters, and to determine the data throughput in the transmit and receive directions. This is unmatched on the market.

With an R&S CMW270 Wireless Connectivity Tester and the WLAN 11ax signaling test option, OFDMA precorrection tests in line with Wi-Fi Alliance certification for Wi-Fi CERTIFIED 6 are now also possible. Thanks to a WLAN protocol stack developed by Rohde & Schwarz and access to the individual process sequences, users can carry out these complex tests very quickly using only a single instrument.

The tests under realistic conditions cover conventional single-user and multi-user operation with OFDMA – both for WLAN stations and for access points in single and multi-antenna operation (SISO/MIMO). The solution analyzes receiver sensitivity, measures the RF characteristics of the transmitter such as power, spectrum and modulation and also determines the achievable data throughput rates in the transmit and receive directions.

Rohde & Schwarz is continuously developing its existing test solutions and is adding new innovative features, such as the ability to limit transmitter measurements of WLAN devices in line with IEEE 802.11ac/ax to user-defined modulation coding scheme (MCS) data rates. A powerful feature for certification tests and for the development and quality testing of WLAN transmitters.

The R&S CMW270 is suitable for testing in line with the IEEE 802.11a/b/g/n/ac/ax WLAN standards, and also for simultaneously and comprehensively testing Bluetooth® devices, for example.