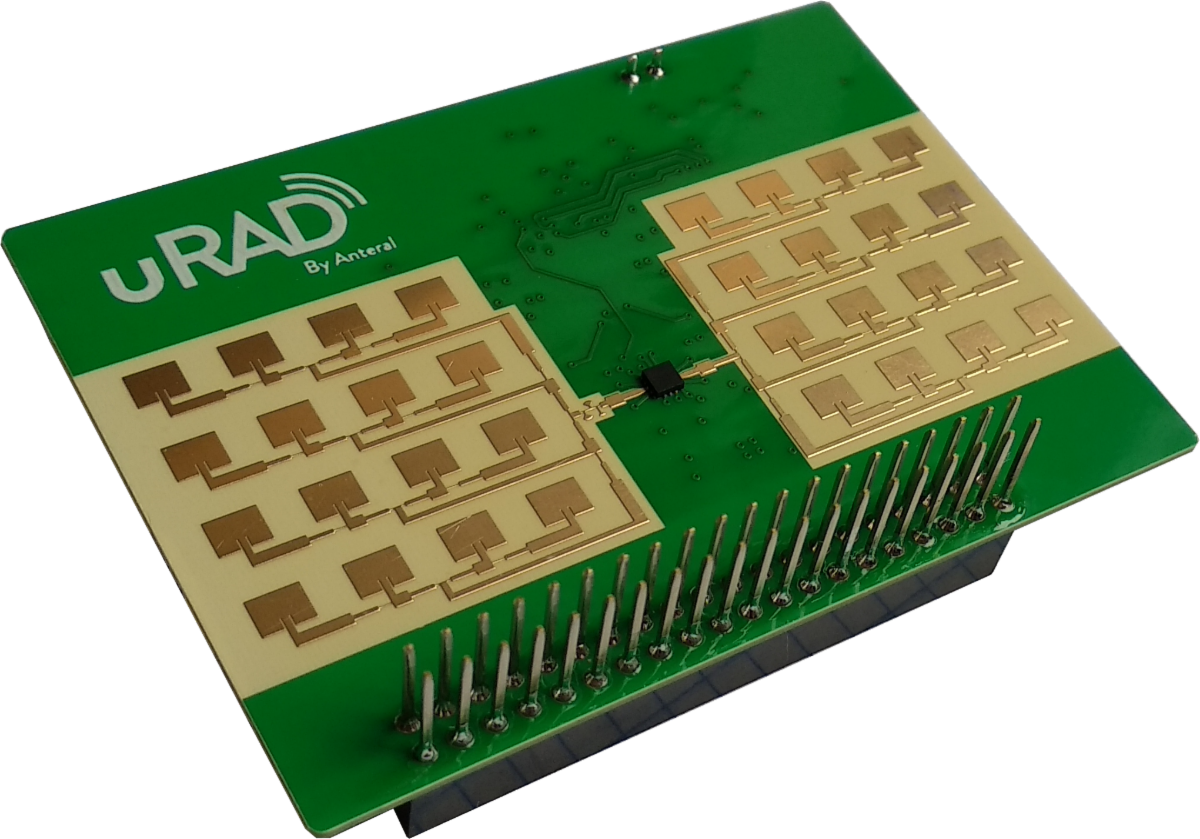 Impulse Technologies is now offering the small but powerful uRAD modular 24-GHz radar system from Spanish innovator Anteral. The radar operates within the 24-GHz Industrial-Scientific-Medical (ISM) band, using Doppler and frequency-modulated-continuous-wave (FMCW) techniques to measure the presence, velocity, and distance to a target. It is a building-block detection solution for security systems and autonomous vehicles with integrated SPI interface that works with Arduino and Raspberry Pi user interfaces. It requires only a two-pin connection for either interface thereby facilitating integration with other sensors, such as the LIDAR and visual cameras in vehicular ADAS applications.
The compact radar module operates at K-band, from 24.00 to 24.25 GHz. The low-power module runs on -170 mA current at voltages from +3.5 to +10 V dc (typically +5 V dc) and operating temperatures from -20 to +65°C. It provides at least +16 dBm output power and typically +18 dBm. The on-board antenna is a 4 x 4 array with typical gain of 16.6 dB and field of view of 30 x 30 degrees. Antenna sidelobe levels are no greater than -21.3 dB.
The uRAD radar module is small, just 3.248 × 2.098 × 0.709 in. (82.5 × 53.3 × 18.0 mm) and weighs just 0.459 oz. (13 g). It has a detection range of 0.45 to 100 m with measurement accuracy of ±0.04 m or within 0.3% of the measured distance. The radar can measure the velocity of a target to 270 km/h with ±0.05 m/s accuracy. The uRAD radar makes 38 measurements per second and can measure as many as five different targets at the same time. It provides raw output data for processing within an application and is designed to maintain multiple communications protocols with other electronic systems.
For more information, visit Impulse Technologies' website.