In the battle for the connected home, stakeholders are lining up 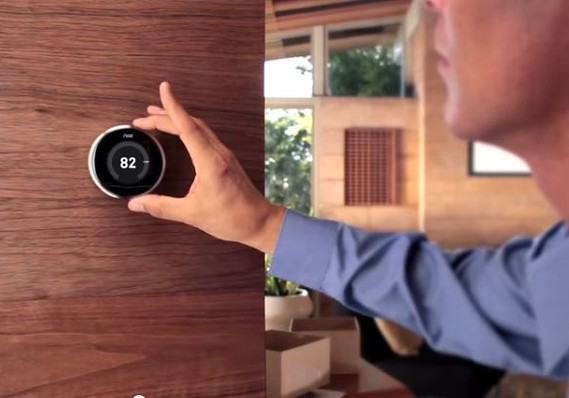 The “smart home” has been a dream for decades but too expensive for the average household. Not anymore. Now that the costs for creating a connected home are dropping, device makers, utilities, telecoms and other companies are gearing up for what’s being called the battle beyond the living room. The latest evidence: Samsung 005930.SE -0.87% on Thursday said it is buying SmartThings, a startup that lets people sync their home gadgets through a $99 device.

“The last two or three years have been a slow ride—the land of venture capitalists,” said Mary Turner, chief executive of AlertMe, a connected-home company based in the United Kingdom. “But most of the deals that are being done at the moment are by big corporates. The epic giants are gearing up for the battle beyond the living room. Now it’s about getting into the rest of the home.”

Companies like AlertMe and Google’s Nest Labs GOOGL +1.79% combine products and software so that people can control everything from door locks to thermostats to lights from special-purpose hubs and smartphone apps, all over the Internet. Aside from offering comfort and control, the systems collect and analyze data. That could, for example, help someone lower electricity bills through smarter use of energy.

The phrase “connected home” is overused, said Lionel Paillet, general manager for Europe at Nest Labs. “We prefer the ‘conscious home,’ ” said Paillet, who spent 13 years at Apple AAPL +1.22% in various roles before joining Nest in February. “Homes will become more conscious of both their surroundings and the needs of their occupants. They will begin to take care of their occupants instead of the other way around.”

Why is the market growing fast now? Credit the smartphone, which can act as a control center for connected devices. Plus, broadband and cloud services are affordable, and the “Internet of Things” infrastructure is starting to mature with new chips and standards that let devices talk to each other. There are more companies than ever selling Internet-connectable gear, including the likes of Koninklijke Philips PHG +0.86%, Honeywell International HON +1.01%, and General Electric GE +1.55%.

Perhaps the biggest drivers of the connected-home market are the tech giants. Google already has spent about $4 billion acquiring Nest Labs and Dropcam. Apple is making connected homes a central strategy with its HomeKit. Microsoft MSFT +0.65% is testing how to control the home by integrating its Cortana intelligent assistant with Insteon’s thermostatic control.

Apple’s HomeKit, a platform that would allow makers of “smart home” devices like thermostats and locks to connect to iPhones and iPads.
And now there is Samsung’s deal for SmartThings. “The next disruption awaiting us as a company is the home,” Ran Merkazy, head of Digital Appliance Innovation Europe at Samsung Electronics, said before the deal was announced. Samsung “is going to deliver the future of the home.”

That doesn’t leave many Big Tech players missing. Amazon hasn’t publicly indicated any interest in the connected home, but it has a presence in the living room through its Fire TV set-top box, which streams media into the home. (It also is a leader in delivering goods to the front door.)

Now, telecoms, utilities, insurers and retailers are talking to the likes of Nest and AlertMe.

Telecoms have a lot of skin in the game, since they provide much of the underlying connectivity in the home. A big chunk of their revenues comes from over-the-top business—delivering content and services to homes—and the connected home would be no different.

Competing telecoms like BT or Sky, for example, supply home broadband hubs. The companies could, for example, offer a home-monitoring service with cameras and sensors for an extra fee. Vodafone Group VOD.LN +1.24% is already partnering with companies to introduce smart meters for homes in New Zealand and the Netherlands. Deutsche Telekom DTE.XE +1.22% launched a smart home platform to control appliances ranging across security, energy and entertainment. Telefónica said it’s looking to develop a connected-home strategy in Europe and South America.

“For every one pound that a customer spends on connectivity, five more pounds are spent on over the top services,” said AlertMe’s Turner. “Connectivity into the home is that one pound.”

Insurance companies are also looking at how to engage with customers on different premium models. Allstate Canada, State Farm, BNP Paribas BNP.FR +0.70% in Italy and Allianz ALV.XE +1.11% have recently partnered with home-automation vendors to offer connected-home insurance models. U.K. digital consultancy firm Ninety Consulting says telecom, energy and utility companies that have a network of installers who do regular home visits will be a key to opening up this market for insurers.

That opens up even more questions. Once all the connected-home devices come online and start producing data, privacy will be paramount. Neither Nest nor AlertMe keep users’ data, the companies say. But insurance companies hoping to build premiums on usage-based data will expect private information.