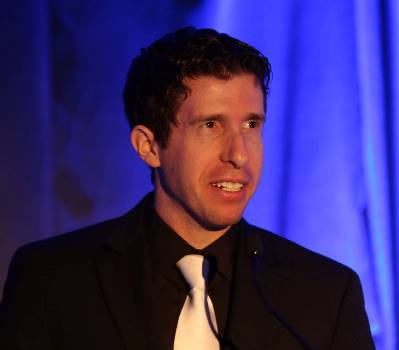 It’s a tale as old as time (and not one involving Disney characters and Stockholm Syndrome) – rapid industrialization will cause massive job losses. Machines will replace humans, the middle class will vanish, and we’ll endure another Great Depression. It’s a tale at least as old as the 18th century and the first Industrial Revolution.

The headlines are bleak – “AI, robotics expected to claim nearly 500,000 construction jobs by 2020,” “Industry 4.0 and the Expected Massive Job Loss,” “Industry 4.0 to be huge job killer.” The World Economic Forum warns that Industry 4.0 – or the fourth Industrial Revolution – could claim more than 5 million jobs, though the WEF also offers more sobering observations on disruptive innovation.

WEF’s report, “The Future of Jobs,” foresees “a modestly positive outlook for employment across most industries, with jobs growth expected in several sectors.”

This is hardly a new concern. While the fourth Industrial Revolution might foster the most rapid technological growth we’ve ever witnessed as a species, the ensuing debates predate the American Revolution.

“The debate on these transformations is often polarized between those who foresee limitless new opportunities and those that foresee massive dislocation of jobs,” observes the WEF. But the reality “is highly specific to the industry, region and occupation in question as well as the ability of various stakeholders to manage change.”

The biggest technological drivers of change (during Industry 4.0) include several themes we’re all familiar with – mobile internet, cloud computing, alternative energy, and the Internet of Things. Consequently, the biggest job growth will be in the architecture, engineering, and computer and mathematical job families, while manufacturing, production, office, and administrative roles will see moderate to significant decline in the fourth Industrial Revolution.

But what about net job growth? The WEF forecasts a net loss of just over 5 million jobs, though any time a disruptive technology threatens obsolescence for established industries – irrespective of revolutions – critics portend doom and gloom. Is this revolution unique? Will the loss offset the gain? That’s quite possible, though the basic contention that innovation kills jobs (in the aggregate) is controversial.

The Harvard Business Review finds “no visible relationship between the use of robots and the change in manufacturing employment.” If automation kills jobs faster than it creates them, then surely the countries with the highest investment in robotics would experience the greatest unemployment.

But “despite the installation of far more robots between 1993 and 2007, Germany lost just 19% of its manufacturing jobs between 1996 and 2012 compared to a 33% drop in the U.S,” notes the HBR. The HBR concludes that “while robots don’t seem to be causing net job losses, they do seem to change the sort of workers that are in demand.”

Either way, it falls to you, dear reader, the tip of the spear, to lead the charge – to actualize the fourth Industrial Revolution and create (or seize) the jobs of the future!