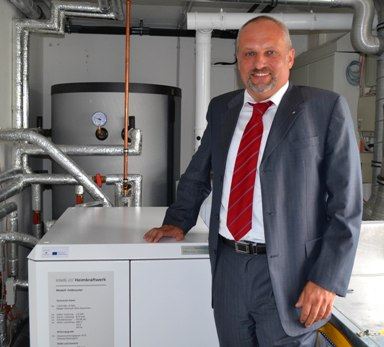 Click image to enlarge: Heiko Sasse, MD of Intelli Production with his home CHP energy system that went into batch production in March 2012

Intelli Production develops and constructs small CHP (combined heat and power) units for residential homes. A total of 200 devices are set to be sold this year, with many more forecast for 2013. The goal appears to be realistic. Intelli is cooperating with large regional energy suppliers in Germany in addition to wholesalers who operate nationwide. The Intelli-Heimkraftwerke (IHKW home-energy systems) work on the basis of combined heat and power generation. The natural-gas-powered engine creates electricity and the result is used for heating and for service water. In this context it was important for engineer Heiko Sasse to align the power range of the iHKWs to the requirements of the market. "Energy is a valuable commodity and should ideally be produced where it is consumed—in the homes that use it." "Customers enjoy many benefits: they can create their basic requirement for heat and electricity themselves and only need to buy energy from the suppliers at peak times. They can return any excess energy to the grid, earning money in the process, thanks to meters that run in two different directions. This not only makes people more independent of energy prices, but also makes for an active contribution to a cleaner environment, as the IHKWs work with an efficiency factor of 90%. "If you use an electric car and you charge its batteries at night when almost no energy is being used in your home, it means you have almost zero losses, because you simply store the excess electricity that you produce into your car." 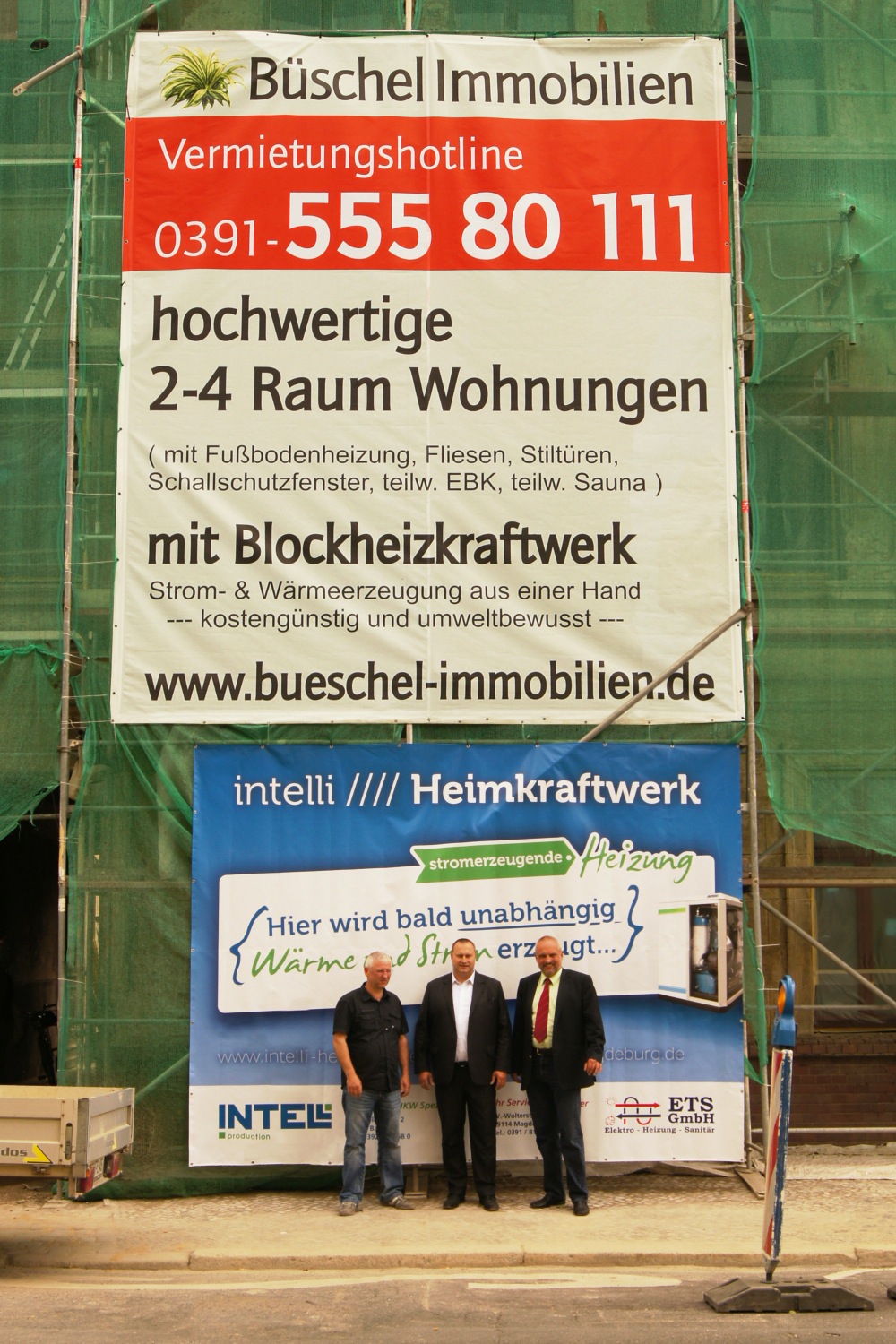 Sasse, a mechanical engineer, decided to develop his own home energy system 10 years ago, due to a sobering market analysis. Since 1994, the company had primarily worked for vehicle manufacturers, supporting them with engine development. The know-how of this Barleben-based firm, which now employs 40 people, primarily focused on the area of drive units for German car manufacturers such as Volkswagen and Porsche. "We not only wanted to put our company on a broader footing, we also wanted to launch a plug-in product of our own onto the market" explains Sasse. "As a developer of engines and in terms of the current debate on energy it was a logical step to build a home energy system that suits the requirements of a residential home—especially as in this specifically customised power range, that no home energy systems were previously available." Yet it was necessary for the devices to satisfy challenging requirements. It was not just safety requirements for the natural gas, but the levels of noise and vibrations because the device had been designed not only to be set up in cellars and basements, but also in home utility rooms. "An engine that drives a generator creates noise, but thanks to our design finesse and the casing, we have succeeded in reducing the noise levels to those of a washing machine." The manager of the energy machines has been working at Intelli Production for a year, and has been 100% behind the product and its team of developers from the start. The firm is already working with future add-on modules for the energy generators, including one with an intelligent control system that not only monitors the habits of the home occupant and regulates itself accordingly, but also takes the weather forecast into account. Another system enables the IHKW to cool rooms, and devices that communicate with each other, working more efficiently as a cluster, are also envisaged. Intelli (German language)