IoT can use WPT

Wireless power can be a good solution

Wireless Power Transfer from a Primary Transmit Coil (Tx) to a Secondary Receive Coil (Rx), Including the LTC4120

The term “Internet of Things” (IoT) refers to the ongoing trend to connect not only people and computers, but all sorts of “things” to the Internet and each other. By way of example, consider if you will applications such as industrial manufacturing facilities or large infrastructure projects where connecting more sensors (or actuators) in more places can increase efficiency, improve safety and enable entirely new business models. This increased level of data exchange is also commonly referred to as Industry 4.0.

Traditionally, the various types of sensors used in such factories where connected by wires to their power sources. However; going forward, rather than the challenge and expense of running cables all around a facility, it is now possible to install reliable, industrial-strength wireless sensors that can operate for years on a small battery, or even harvested energy from sources such as light, vibration or temperature gradients. It is also possible to use a combination of a rechargeable battery and multiple ambient energy sources too.

State-of-the-art and off-the-shelf energy harvesting (EH) technologies, for example in vibration energy harvesting and indoor or wearable photovoltaic cells, yield power levels in the order of milliwatts under typical operating conditions. While such power levels may appear restrictive, the operation of harvesting elements such as wireless sensor nodes over a number of years can mean that the technologies are broadly comparable to long-life primary batteries, both in terms of energy provision and the cost per energy unit provided. Although primary batteries claim to be able to provide up to10 years of life, this greatly depends on both the level of power pulled out of it and the frequency with which it occurs. Systems incorporating EH capabilities will typically be able of recharging after depletion, something that systems powered by primary batteries cannot do. Nevertheless, most implementations will use an ambient energy source as the primary power source, but will supplement it with a primary battery that can be switched in if the ambient energy source goes away or is disrupted. This can be thought of as a “battery life extender” capability, giving the system a long working life – approaching that of the working life of the battery which is usually about 12 years for Lithium Thionyl Chloride chemistry. Moreover, due to intrinsic safety concerns, some rechargeable batteries cannot be charged by wires but require being charged via wireless power transfer techniques.

In many of these applications, a connector for charging purposes is difficult or impossible to use. For example, some products require sealed enclosures to protect sensitive electronics from harsh environments. Other products may simply be too small to include a connector, and in products where the battery-powered application includes movement or rotation, then it is virtually impossible to have charging with wires. Therefore, what alternative method can be employed to deal with these circumstances? Well, it is clearly one which eliminates the connector and would be wireless charging capable. A wireless charging solution adds value, reliability and robustness in those applications where connectors cannot.

Wireless power is a good solution in those instances where an ohmic connector cannot be used. So what is it? Simply put, wireless power transmission is the transmission of electrical energy from a power source to an electrical load through electrical insulator(s).  There are a few challenges involved in transferring power in this manner.  When an electrical current flows through a conductor, a magnetic field is generated.  Specifically, when an alternating current is flowing through a conductor, a time varying magnetic field is generated in the vicinity of the conductor.  And if another conductor is placed in this magnetic field, an alternating current is induced in this second conductor.

The magnetic field intensity is proportional to the magnitude of the current flowing in the conductor. Energy is transferred from a conductor that produces the fields (the primary) to any conductor on which the fields impinge (the secondary) via the magnetic coupling defined above. In a loosely coupled system, where the coupling coefficient is low, a high frequency current does not pass for long distances along a conductor but rapidly loses energy because of the impedance mismatch along the cable, which causes the energy to be reflected back to the source or radiated into the air. Figure 1 shows a graphical representation of loosely coupled windings connected via a magnetic field.

Figure 1. Wireless Power Transfer from a Primary Transmit Coil (Tx) to a Secondary Receive Coil (Rx), Including the LTC4120

The LTC4120 is a wireless synchronous buck charger.  It is not compliant with the Qi standard; rather this solution has been designed to address the needs of high reliability applications. The LTC4120 embodies an underlying technology and wireless power architecture to allow a LTC4120-based system to operate at a greater power transmission distance with more tolerance for misalignment. This is achieved efficiently so that the receiver does not experience thermal problems. In addition, most industrial WSNs, IoT and medical applications would prefer not to be interoperable with consumer-grade products.

Dynamic harmonization control (DHC) tuning technology is embedded in the LTC4120 which allows it to provide significant advantages over other wireless power solutions. In response to environmental and load changes, DHC varies the resonant frequency of the receiver dynamically. DHC achieves greater power transfer efficiency, enabling smaller receiver sizes and generating negligible electromagnetic interference, even as it allows greater transmission range.  Unlike other wireless power transfer technologies, DHC allows intrinsic power level management via the inductive power field, eliminating the need for a separate communication channel to validate receivers or to manage variation in load demand during the battery charge cycle.

Wireless charging with the LTC4120 enables or improves many different applications. For example, expensive connectors that become failure prone in harsh industrial environments can be eliminated. Two good examples are chemical processing facilities and gasoline refineries. Similarly, wireless charging allows for completely sealed enclosures for applications that require sterilization, such as rotating robotics and medical imaging systems. Clearly, eliminating wires enables rechargeable batteries to be placed in these types of moving or rotating equipment. Another examples is in applications that are simply too small to use a conventional connector.

So, how is power transferred to the LTC4120 so that is can charge a battery? Well, a wireless transmitter circuit and coils are needed. To this end, Linear Technology designed and developed the LTC4125 - a wireless power transmitter that complement wireless receiver ICs in the wireless charging solution space. The LTC4125 is a simple and high performance monolithic full bridge resonant driver capable of delivering up to 5W of power wirelessly to a properly tuned receiver. It functions as the transmit circuit component in a complete wireless power transfer system comprised of transmit circuitry, transmit coil, receive coil and receive circuitry.

The LTC4125 power controller improves upon a basic wireless power transmitter by providing three key features: an Auto Resonant function that maximizes available receiver power, an optimum power search algorithm that maximizes overall wireless power system efficiency, and foreign object detection to ensure safe and reliable operation when working in the presence of conductive foreign objects. The LTC4125 automatically adjusts its driving frequency to match the LC network resonant frequency. This Auto Resonant switching allows the device to deliver maximum power from a low voltage input supply (3V to 5.5V) to a tuned receiver such as Linear’s LTC4120 wireless receiver and battery charger. Wireless power receivers can also be designed with the LTC4071 shunt battery charger or the LT3652HV multi-chemistry battery charger. To optimize system efficiency, the LTC4125 employs a periodic transmit power search and adjusts the transmission power based on the receiver load requirements. The device stops delivering power in a fault condition, or in the case of a detected foreign object. See Figure 2 for how the LTC4120 and LTC415 can be used for a complete wireless power transfer and battery charging solution. 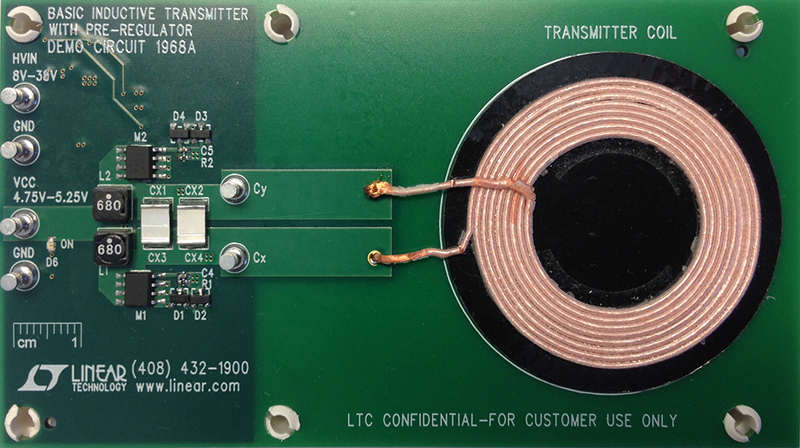 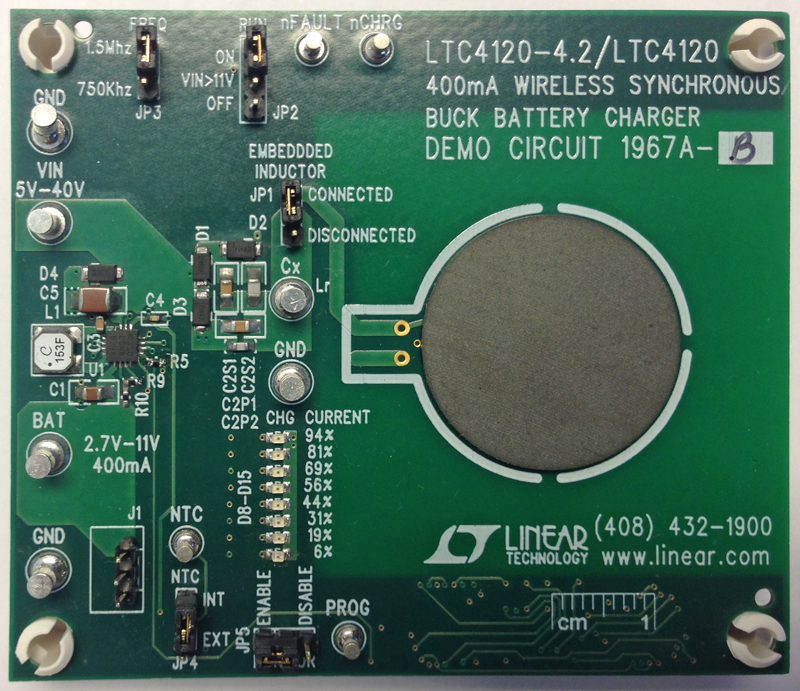 The LTC4125 also includes a programmable maximum current limit and an NTC input as additional means for foreign object and overload protection. Applications include handheld instruments, industrial/military sensors and similar devices in harsh environments, portable medical devices and electrically isolated devices. LTC4125-based systems offer robust, standalone solutions capable of large transmission distance of up to 15mm, and are tolerant of poor coil coupling due to misalignment.

The IoT market has exploded in recent years and includes a wide variety of products for the medical, military and industrial application spaces. A new wave of products, including sensor-filled medical health products and industrial sensors for monitoring environmental conditions for improved safety are growing at a rapid pace. Similarly, the proliferation of EH in WSNs in applications for improved building energy efficiency and system health monitoring for machines and bridges is a key driver for low power conversion solutions. So, while powering low-current devices in hard environments by utilizing wireless power transfer might seem like a daunting task, Linear Technology offers an off-the-shelf easy-to-use solution to do just that. 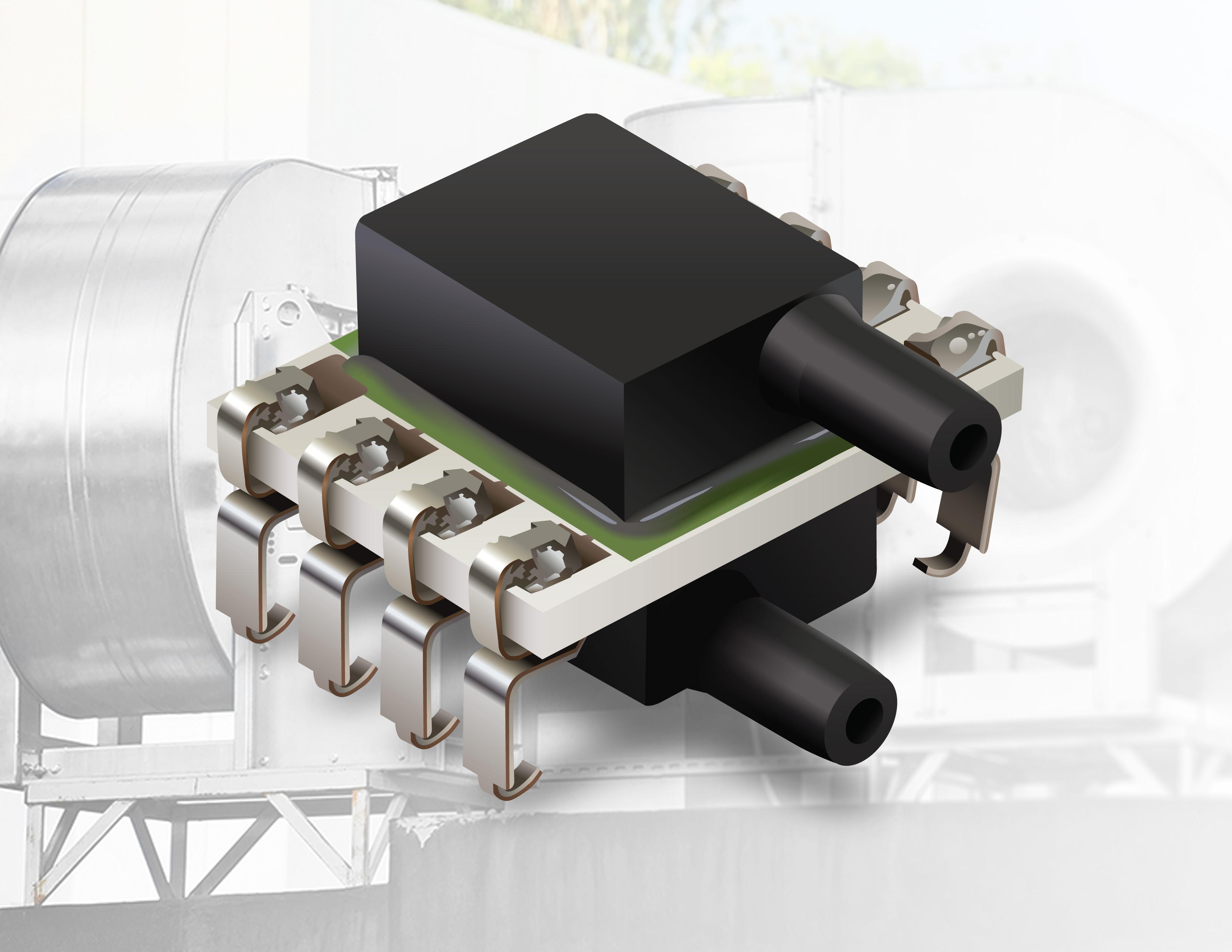