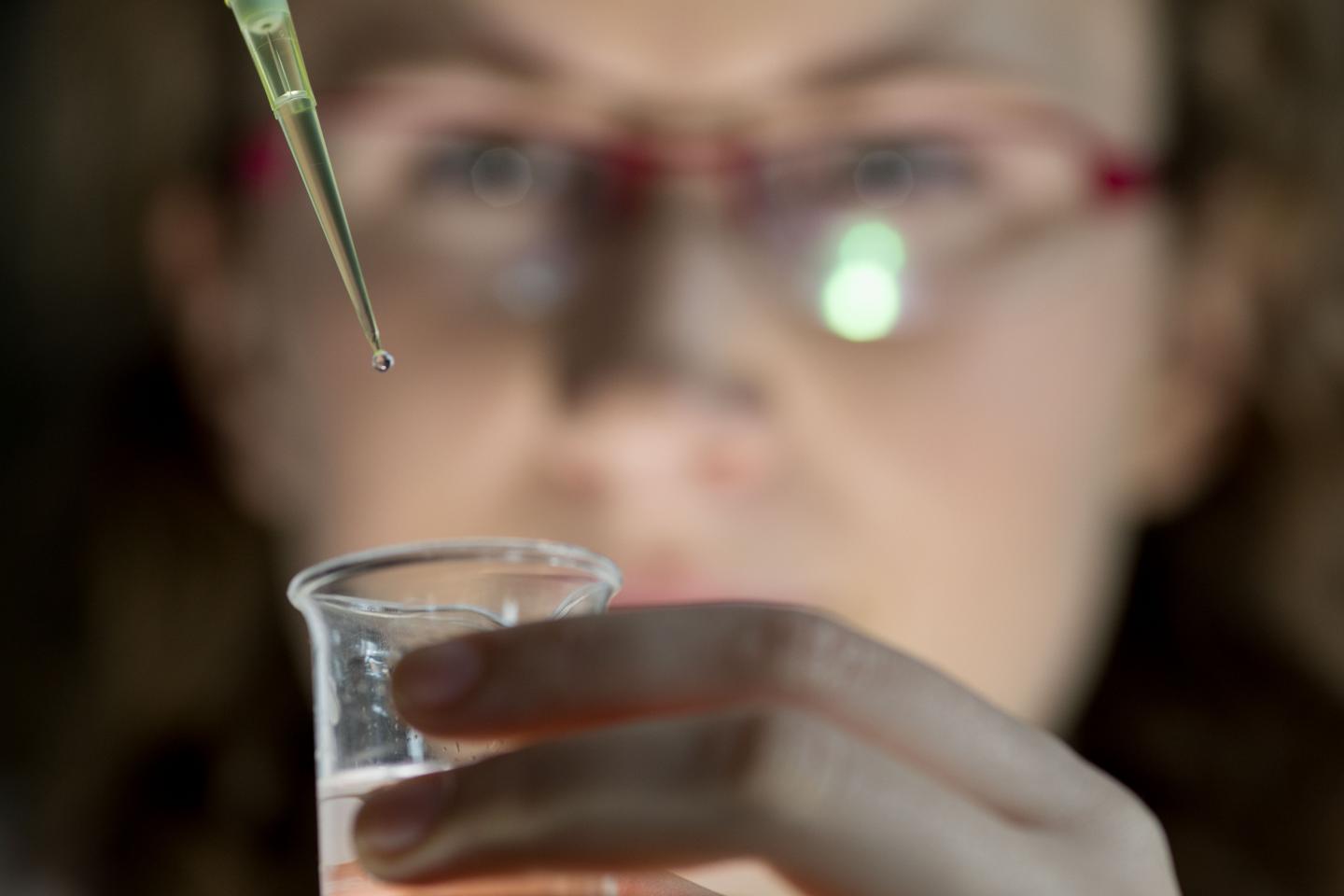 Aimee Stapleton, IRC EMBARK Postgraduate Fellow at University of Limerick and lead author of The Direct Piezoelectric Effect in the Globular Protein Lysozyme published on October 2 in Applied Physics Letters.

A team of Irish scientists has discovered that applying pressure to a protein found in egg whites and tears can generate electricity. The researchers from the Bernal Institute, University of Limerick (UL), Ireland, observed that crystals of lysozyme, a model protein that is abundant in egg whites of birds as well as in the tears, saliva and milk of mammals can generate electricity when pressed. Their report is published today (October 2) in the journal, Applied Physics Letters.

The ability to generate electricity by applying pressure, known as direct piezoelectricity, is a property of materials such as quartz that can convert mechanical energy into electrical energy and vice versa. Such materials are used in a variety of applications ranging from resonators and vibrators in mobile phones to deep ocean sonars to ultrasound imaging. Bone, tendon and wood are long known to possess piezoelectricity.

"While piezoelectricity is used all around us, the capacity to generate electricity from this particular protein had not been explored. The extent of the piezoelectricity in lysozyme crystals is significant. It is of the same order of magnitude found in quartz. However, because it is a biological material, it is non toxic so could have many innovative applications such as electroactive, anti-microbial coatings for medical implants," explained Aimee Stapleton, the lead author and an Irish Research Council EMBARK Postgraduate Fellow in the Department of Physics and Bernal Institute of UL.

Crystals of lysozyme are easy to make from natural sources. "The high precision structure of lysozyme crystals has been known since 1965," said structural biologist at UL and co-author Professor Tewfik Soulimane. "In fact, it is the second protein structure and the first enzyme structure that was ever solved," he added, "but we are the first to use these crystals to show the evidence of piezoelectricity".

According to team leader Professor Tofail Syed of UL's Department of Physics, "Crystals are the gold-standard for measuring piezoelectricity in non-biological materials. Our team has shown that the same approach can be taken in understanding this effect in biology. This is a new approach as scientists so far have tried to understand piezoelectricity in biology using complex hierarchical structures such as tissues, cells or polypeptides rather than investigating simpler fundamental building blocks".

The discovery may have wide reaching applications and could lead to further research in the area of energy harvesting and flexible electronics for biomedical devices. Future applications of the discovery may include controlling the release of drugs in the body by using lysozyme as a physiologically mediated pump that scavenges energy from its surroundings. Being naturally biocompatible and piezoelectric, lysozyme may present an alternative to conventional piezoelectric energy harvesters, many of which contain toxic elements such as lead.

Professor Luuk van der Wielen, Director of Bernal Institute and Bernal Professor of Biosystems Engineering and Design expressed his delight at this breakthrough by UL scientists. "The Bernal Institute has the ambition to impact the world on the basis of top science in an increasingly international context. The impact of this discovery in the field of biological piezoelectricity will be huge and Bernal scientists are leading from the front the progress in this field," he said.