It's All Downhill From Here

Stored energy can take many forms, as EV makers are beginning to appreciate 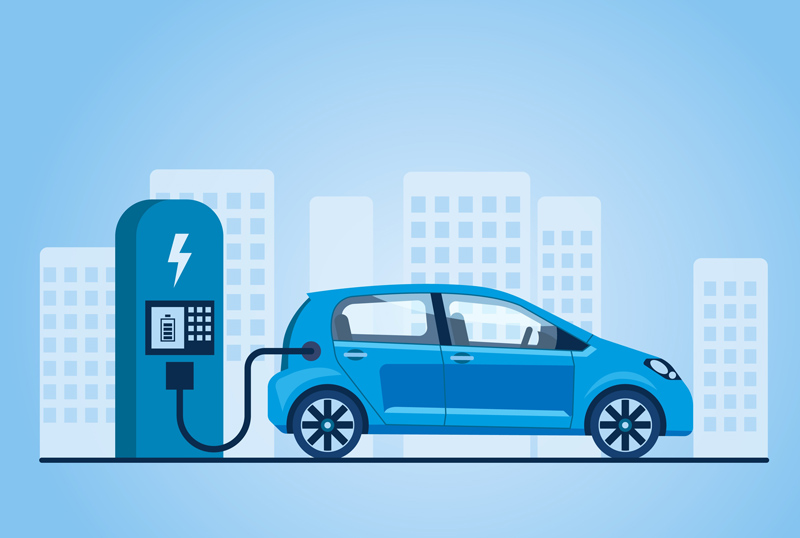 Compared to fossil-based fuel, electricity is clean, easily stored, and much more renewable. It is also easier to make if you have the right equipment. As it turns out, electric motors also make great generators, so why not use the momentum of your vehicle to top up your battery? That’s exactly what regenerative braking does, of course, but just how efficient is it, and can it make that much of a difference?

The impact of electrification is significant, particularly now that leading OEMs are going head-to-head with start-ups. There can be no doubt that the age of the full-electric vehicle is fast approaching.

In some countries, particularly those where government incentives or legislation influence consumer decisions, there has been a significant swing away from petrol- and diesel-powered vehicles and towards electric cars, buses, and trucks. It is all the more significant given that most countries’ charging infrastructures are yet to be fully installed.

Access to rapid, high-power – and even low-power – charging points is a genuine concern for consumers. So-called range anxiety is often seen as the main reason for not taking the plug-in plunge. However, some industry commentators believe range anxiety is over-hyped at best and, at worst, a total myth. There could be some logic behind this.

For example, range is basically the energy available divided by the rate of consumption. The same is true for internal combustion engines; one sensor measures the amount of fuel in the tank, while another measures the rate at which it is flowing into the engine. Most understand that this figure is just a guide and only valid for the current driving conditions. If there is any doubt about that, select the mode that shows you the instantaneous miles you’re getting per litre when driving up a steep hill. The chances are the figure will drop fast. However, once you reach the top and start the decline, the figure will climb.

What won’t begin to climb, however, is the range left in the tank. In a conventional ICE-powered vehicle, the energy spent getting up the hill is just that; spent. The potential energy acquired during the climb is released on the journey down, but there is a net-zero output. In short, you can’t put fuel back into the tank by coasting down a steep hill.

That’s not the case with an electric vehicle. When an electric vehicle coasts, the motor switches from being a net consumer of energy to a net producer - what manufacturers refer to as regenerative braking, although you may not be using the brakes at all. The wheels transfer the kinetic energy stored in the vehicle to the electric motor. It can then be harnessed and fed back into the battery. If you coast down enough hills without driving up any, your battery will never be empty. Of course, this is just another example of the impossibility of perpetual motion.

How About Nearly Perpetual Motion?

While it may not be feasible to drive down more hills than you drive up, there is another way of using regenerative power to put energy back into an EV battery. By towing an electric vehicle, power is transferred into the vehicle’s battery. Regenerative power is something most automotive manufacturers are starting to feature more strongly in their marketing materials, but the efficiency isn’t highlighted. The assumption is probably that the inverter is just as efficient in regenerative mode, but is that really the case?

In reality, the inverter’s efficiency isn’t necessarily the same in reverse, i.e. when it operates as a rectifier.  The energy stored in the battery is in the form of DC. However, the drivetrain is likely to use an AC induction motor; hence an inverter is needed. The DC coming out of the battery is turned into AC (typically three phases) by the inverter. When the car starts to coast, the inverter must quickly change mode and operate in reverse, converting the AC coming out of the motor back into DC and recharging the battery.

There may be no such thing as perpetual motion, but regenerative power has the potential to come pretty close. The principal loss, as always, is likely to be in the form of heat. In this case, it is the heat generated by the switching transistors in the inverter circuit. This heat is a by-product of the transistor’s inefficiencies when switching.

New technologies are making a real, positive impact in this area. As well as inverters, EVs often need rectifiers to charge the battery from a domestic AC supply. In both instances, high-performance power transistors are critical components when it comes to overall efficiency.

The rectifier used in the charger is a dedicated design, optimised for charging, not recharging. Similarly, the inverter for the motor is optimised for driving the motor. When it switches over to being a rectifier, it is unlikely to be as efficient. Does this mean some potential gain from regenerative braking is falling through the cracks?

Inverter designs generally use power transistors such as IGBTs or FETs. By characterising the circuit’s operation, it is possible to work out the switching transistors’ losses for any given PF. The main loss to be aware of when changing the PF is the reverse conduction loss. This loss has an associated parameter, the reverse recovery charge, which affects the rest of the design’s switching losses.

A technology receiving much interest in inverter designs for electric vehicles is silicon carbide or SiC. One technology company active in this area, UnitedSiC, has already helped revolutionise how the inverters in off-board chargers work, using its SiC FETs to replace IGBTs and diodes. In part, increased efficiency is thanks to the minimal reverse recovery charge associated with SiC FETs compared to conventional components. This same technology has similar potential to increase rectifier efficiency and make regenerative braking a viable way of maximising range in electric vehicles.

As we move more towards a fully electric world, it’s becoming apparent that regenerative breaking can be more than just a gimmick. It could help redefine range anxiety, as drivers look for the next steep hill to coast down, rather than the nearest service station!