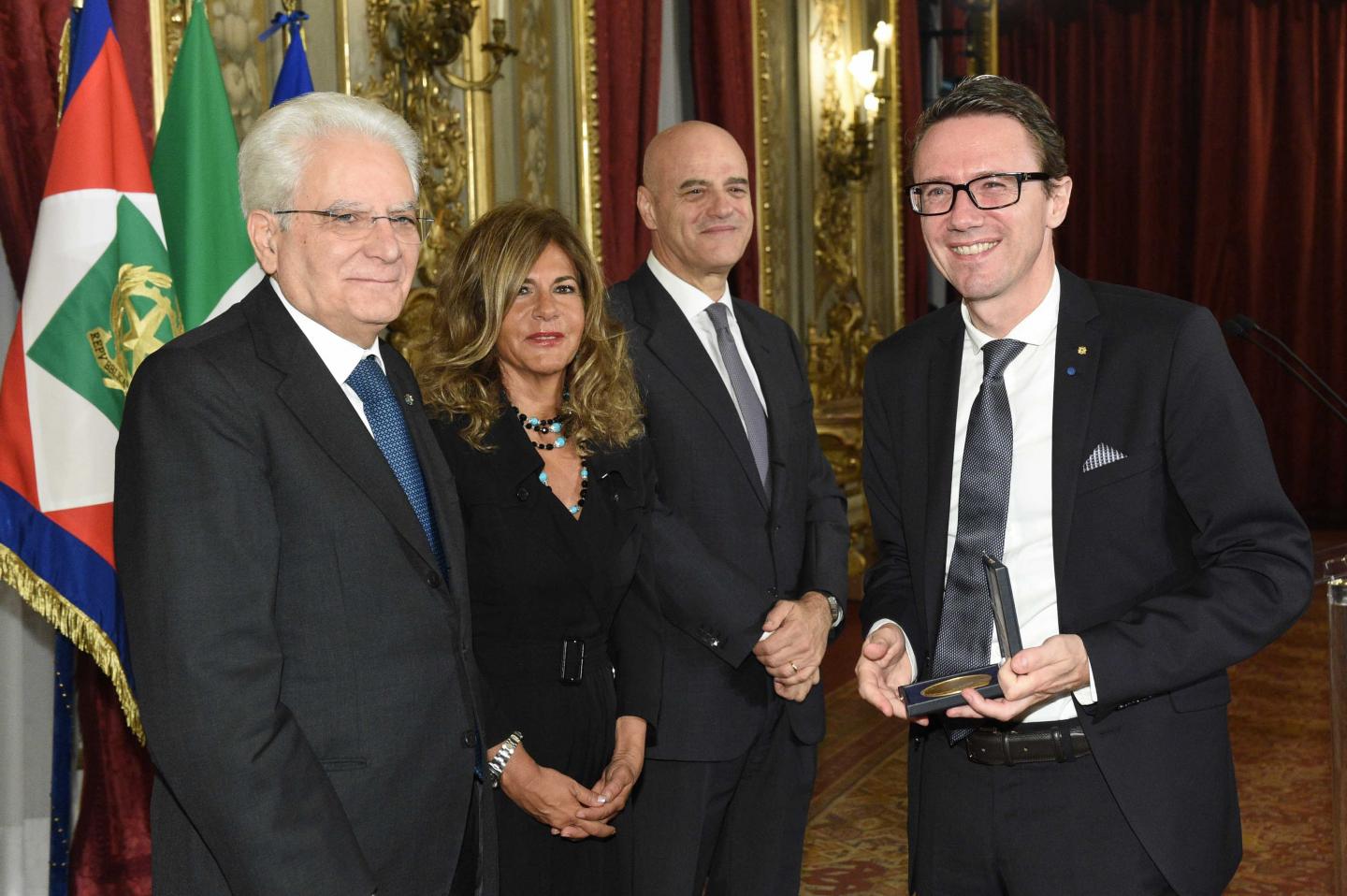 The Italian President congratulate Jens Nielsen at an official ceremony in the Quirinal Palace in Rome with winning an Eni award for his research on the production of fuels from renewables.

Scientific Director at the Novo Nordisk Foundation Center for Biosustainability at the Technical University of Denmark, Jens Nielsen, has received an ENI award at an official ceremony today at the Palazzo Quirinale in Rome, in the presence of the Italian President Sergio Mattarella.

The ENI award was established in 2007 to develop a better use of energy sources and to promote science and technology applied to the environment. Over the years the award has gained a solid reputation as one of the most important scientific awards in the fields of energy and environment.

"It is a very prestigious award to receive. Among the earlier winners are Nobel Prize laureates, and I am extremely proud to receive this prize for the research on how to produce hydrocarbons in yeast," says Jens Nielsen.

"We are not able to use for example bioethanol in trucks or for jet fuel, so we need to come up with other alternatives. One of the alternatives is to use chemical molecules because they are miscible and have a high energy level compared to bioethanol," according to Jens Nielsen.

The ENI award is considered the "Nobel Prize for Energy" by the international scientific community for several reasons: The increasing number of projects submitted by researchers all over the world, the worldwide network of universities and research centers and the prestige of the Scientific Commission that includes renowned international scientists and more than 27 Nobel Prize-winners.

According to CEO at the Novo Nordisk Foundation Center for Biosustainability at the Technical University of Denmark, Bernhard Palsson, the ENI award given to Jens Nielsen recognises the value of conducting scientific research in the area of biosustainability.

"This award is a clear recognition of the scientific research that we are conducting at our center. We have a clear vision that the development of sustainable lifestyles requires efficient bio-manufacturing methods for chemical compounds and protein-based products," says Bernhard Palsson.