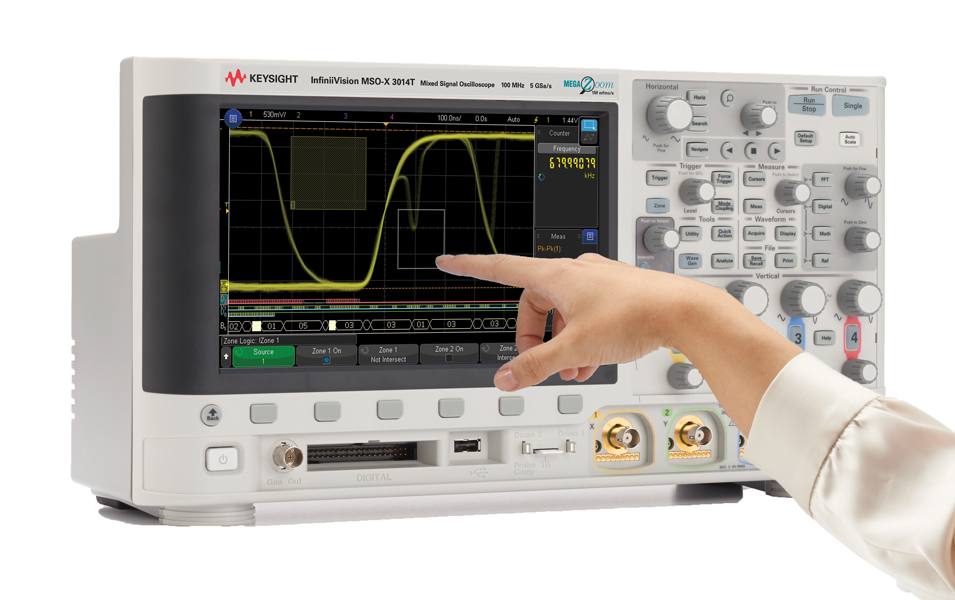 As digital speeds and device complexity continue to increase, signals under test are getting more complex, and engineers are more challenged to isolate anomalies in their devices. Intuitive graphical triggers, previously unavailable in mainstream oscilloscopes, help engineers debug and characterize their cutting-edge devices faster and more easily. With graphical triggers, engineers can use a finger to draw a box around a signal of interest on the instrument display to create a trigger.

The 3000T X-Series was designed specifically for operation with a capacitive touch screen, which allows engineers to select targets naturally and quickly. To further improve productivity, the interface includes an alphanumeric touchpad that replaces tedious knob-based operation and touch-based interaction that enables greater flexibility in displaying measurement information.

With the series’ uncompromised high-speed waveform update rate, even with the digital channel, protocol decode, measurements and math functions turned on and simplicity of zone touch triggering, engineers have the highest probability of discovering anomalies of interest.