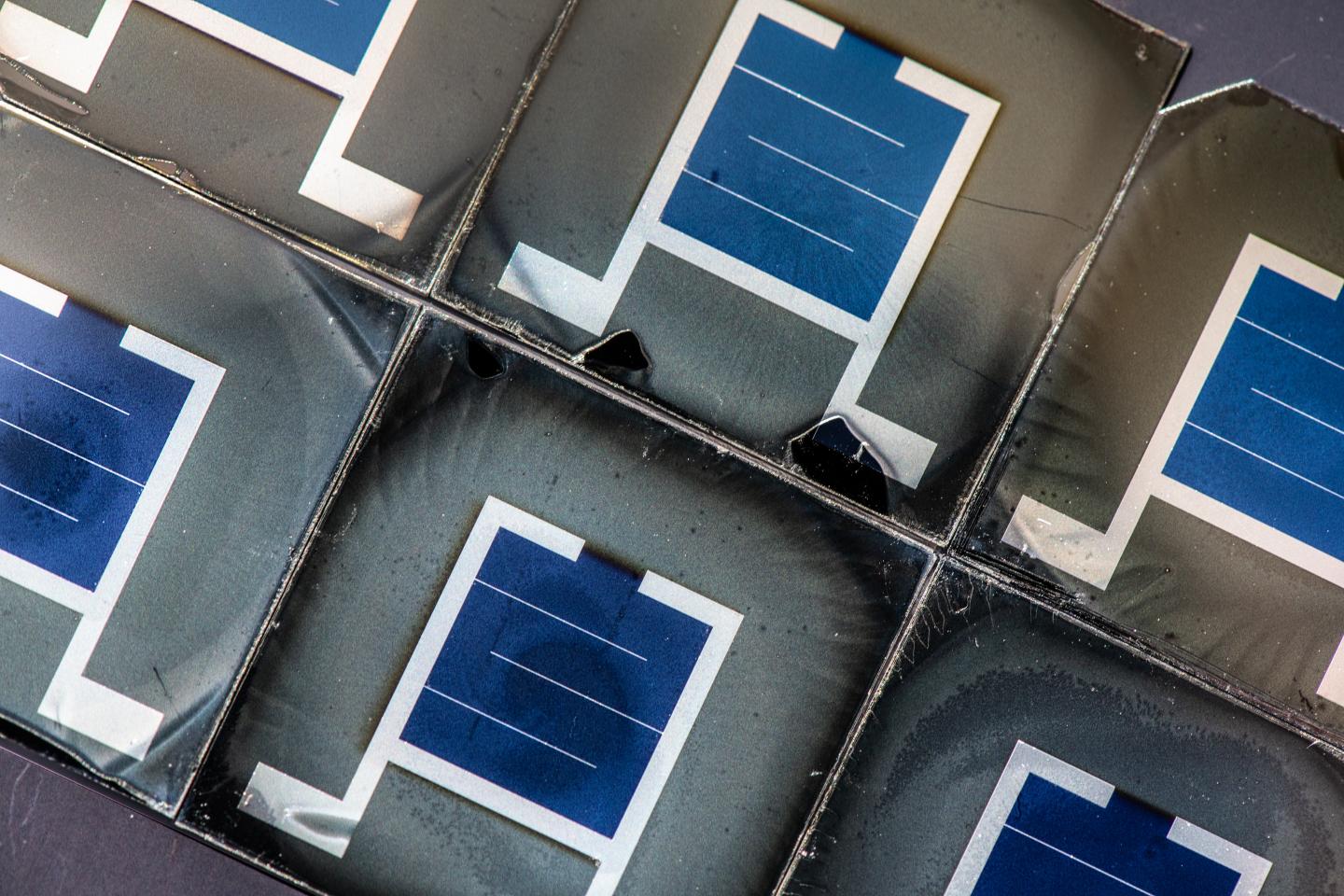 Perovskite/silicon tandem solar cells are contenders for the next-generation photovoltaic technology, with the potential to deliver module efficiency gains at minimal cost.

The future's getting brighter for solar power. Researchers from CU Boulder have created a low-cost solar cell with one of the highest power-conversion efficiencies to date, by layering cells and using a unique combination of elements.

"We took a product that is responsible for a $30 billion a year industry and made it 30% better," said Michael McGehee, a professor in the Department of Chemical and Biological Engineering and co-author of a paper, to be published tomorrow in Science, which describes the technology. "That's a big deal."

The researchers took a perovskite solar cell, a crystal structure that's designed to harvest higher energy photons, and layered it on top of a silicon solar cell, which captures more photons in the infrared part of the spectrum - which is made up of radiant energy that we cannot see, but we can feel as heat. Combined, the perovskite raises a 21% silicon solar cell up to an efficiency of 27% - increasing it by a third.

For years, silicon solar cells have been the standard in the solar power industry. But current silicon-based cells only convert 18% to 21% of the sun's energy into usable electricity on average, and they max out at about 26.6%.

This means it now costs more to install the cells than to buy them, said McGehee, a fellow in the Renewable & Sustainable Energy Institute.

The average efficiency of solar panels is lower than the maximum efficiency, because no matter how good an individual, small solar cell is, it will lose about three percentage points when applied over a large panel - kind of like a sports team only being as good as its average player. But if you can raise the overall efficiency, you don't have to install as many panels to get the same amount of power.

What dramatically improves efficiency is to put another solar cell on top of an existing one - and that's exactly what McGehee and his fellow researchers did.

This isn't the first time researchers have layered solar cells to gain efficiency. The concept, also known as tandem or multi-junction solar cells, was first introduced in the 1970s - and the world record for solar cell efficiency is already over 45%. However, it came at a hefty price: $80,000 per square meter, due to the fact the cells were grown one atomic layer at a time, creating one big, single crystal. Probably not a cost the average homeowner or business can afford.

McGehee and his fellow researchers are the pioneers in a new direction of layered solar cells, using perovskites, which cost more than a hundred times less.

They started fewer than 10 years ago with the concept of using less expensive materials on top of the silicon, and at first only achieved about 13% efficiency. But through technological improvements they have been able to more than double that number.

Their secret formula involves a unique triple-halide alloy of chlorine, bromine, and iodine.

In solar cells, there is an ideal bandgap, according to McGehee. This is the space between energy levels in a semiconductor, which electrons jump between and create electrical energy.

Bromine can raise this bandgap, but when used with iodine and exposed to light, these elements don't always stay in place. Previous studies have tried to use chlorine and iodine together, but due to the differing particle sizes of these elements, not enough chlorine could fit into the perovskite crystal structure. But by using different amounts of chlorine, bromine, and iodine, the researchers figured out a way to shrink the crystal structure, allowing more chlorine to fit in - stabilizing and improving the cell's efficiency.

Perovskites are also inexpensive, not energy intensive to make and easy to create in the lab. And even after 1000 hours - or almost 42 days - of intensive light and heat testing, these new solar cells showed a minimal change in their initial efficiency.

With the solar power market growing around 30% per year, efficiency, cost and longevity are major considerations for which new technologies will become mainstream.

McGehee is optimistic about the potential of this wide-bandgap, layered perovskite solar cell.

Not only has it now surpassed the maximum efficiency of a silicon-only solar cell, "we believe it can take us over 30% efficiency and that it can be stable," said McGehee.