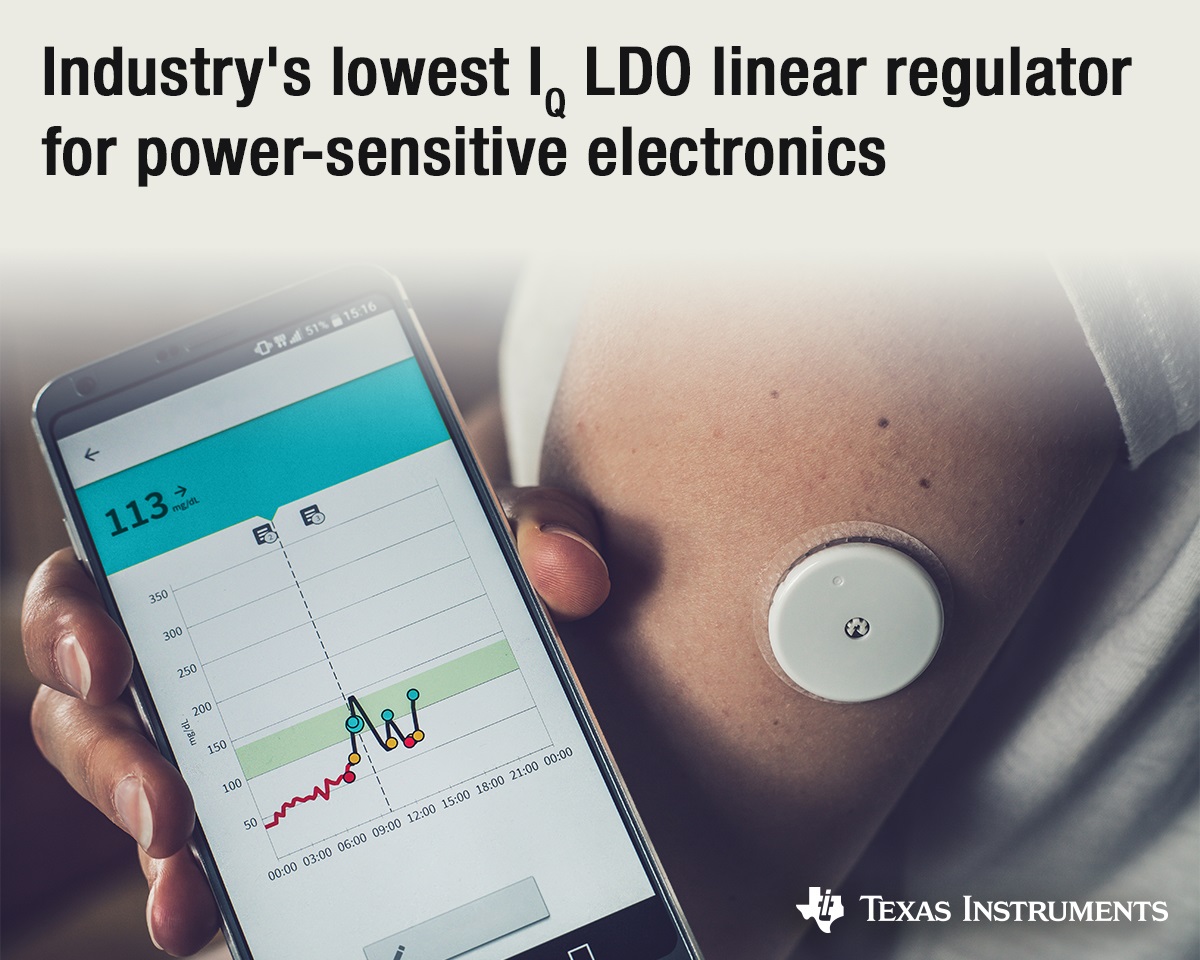 The TPS7A02 helps engineers solve critical design challenges in many power-sensitive, high-precision and low-power applications such as in the grid infrastructure, building automation, medical equipment and wearables markets.

The device joins TI’s portfolio of low-IQ LDO linear regulators that enable designers to prolong system life. By implementing the TPS7A02 with other ultra-low IQdevices – such as TI’s family of ultra-low-power MSP430 microcontrollers (MCUs), the SimpleLink CC2642R MCU, the TLV8802 nanopower operational amplifier or the TMP1075 low-power temperature sensor – engineers can further optimize battery life and performance in their systems.

Key features and benefits of the TPS7A02:

·       Extended application run times, longer system lifetime: The TPS7A02’s ultra-low IQ control at light loads allows engineers to at least double the battery life for applications using a standard battery chemistry, such as lithium-ion. For example, using the TPS7A02 in wireless video doorbell and security camera designs, engineers can achieve 24 months or more of battery life (up to four times the industry standard). In addition, the TPS7A02’s ultra-low shutdown IQ of 3 nA can extend battery shelf life by as much as five times in portable medical and wearable applications compared to competing devices.

·       Faster wake-up, better dynamic performance: The TPS7A02 can settle in less than 5 us for 1-to-50-mA load transients – half the time of competing devices – enabling engineers to design applications with shorter response times and better dynamic performance. With the ability to quickly respond to rapidly changing loads while providing minimal variation in output voltage, the TPS7A02 can benefit high-precision, low-power applications such as wireless Internet of Things (IoT) and portable medical devices, which require clean power to accurately acquire signals from around the body.

·       Smaller solution footprint, faster time to market: The TPS7A02 automatically transitions from an IQ-saving, low-load state to a high-load, fast-transient state without the need for any external circuitry or components. As a result, engineers can use the TPS7A02 to shrink the solution size by 70%, adding more functionality to their designs in space-constrained applications or lowering system cost by using smaller boards.