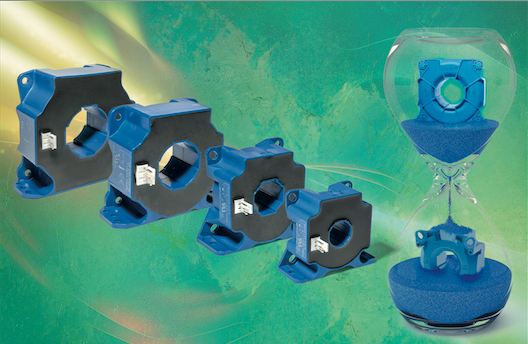 LEM announced the range of LF xx10 transducers for non-intrusive and isolated nominal measurements of DC, AC and pulsed currents from 100 A to 2000 A with 4 new series: LF 210-S, LF 310-S, LF 510-S, LF 1010-S. A fifth, the LF 2010-S will be available in February 2015. LEM has developed a way to make Hall effect technology realise the performance achieved by fluxgate technology. The result is an ASIC based on Hall effect technology for use in closed loop mode and its first use is in the new LF xx10 transducers range. LEM’s patented spinning technique and specialist integrated circuits (IC) have been significant contributors to these drastic improvements.

The new series breaks new ground delivering up to 4 times greater global accuracy over the temperature range (from 0.25 to 0.6 % of IPN) versus the previous generation of Closed Loop Hall effect current transducers, and with a maximum offset drift of 0.1 % of IPN.

With the products’ performance of fluxgate, customers are provided not only with better control and increased system efficiency, but also with a significantly lower price whilst overcoming fluxgate drawbacks such as noise, starting up with primary current and restarting without delay after an overload.

Operating from a dual supply voltage from +/- 12 to +/- 24V (depending on the models), the LF xx10 models can measure higher current range vs the previous generation, up to three times the primary nominal current (LF 510-S model) when responding faster against a di/dt step with a response time of less than 0.5 µs, due to a dedicated special magnetic core and winding design.

Another important advantage of the LF xx10 range is its low sensitivity to external AC and DC fields (up to five times better than the former generation), thus allowing an easier product layout in harsh environments applications, as it is not affected by fields created by other components close by.

The devices are also fully compatible with the previous LEM LF xx05 range, fitting in the same footprint, so can be easily retrofited into old installations while still offering various compact sizes for each current range and a variety of panel mounting topologies (flat or vertical), without compromising on the high insulation level provided between the primary and measurement circuits.

Applications such as variable speed drives, servo motor drives, uninterruptible and switch-mode power supplies, battery-supply installations, power supplies (welding), air conditioning, home appliances, static converters for DC motor drives, and robotics integrate a higher number of transducers due to the high levels of control and automation that improve productivity and energy efficiency. In the search for the best efficiency, these applications benefit from the high performance and mounting versatility of the new LF xx10 series.

Their wide operating temperature range from -40 to +85°C also makes the LF xx10 series suitable for use in any industrial or traction applications. LF xx10 series current transducers are CE marked and conform to the EN 50178 and EN 50155 standards, as well as being covered by LEM’s five-year warranty.