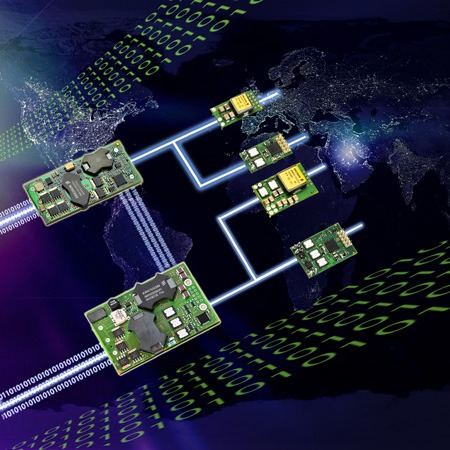 With the International Energy Agency's first ever global survey of energy consumption for lighting estimating that around 19% of all electricity generated is used to keep mankind from the darkness—that's more power than all the world's hydro and nuclear facilities generate—it's not surprising that there is a huge effort to increase the efficiency of this indispensable, fast-growing use of our resources. One signal of the degree of concern that societies are expressing is the recent banning throughout the European Community of the hugely popular 100W incandescent light bulb, whose invention dates back to 1880 and Thomas Edison.

Today's conventional replacement for filament bulbs is the CFL (compact fluorescent lamp), which typically consumes around four to five times less power for a given brightness level. But CFLs are relatively expensive, require an electronic ballast to operate, are difficult to dim, and contain a few milligrams of toxic mercury that creates disposal issues. As a result, white HB-LEDs (high-brightness light-emitting diodes) are beginning to make real inroads into the general lighting arena. The last decade has seen a huge amount of development of these devices while the historic price issue is being steadily eroded as ever more manufacturing capacity is installed. With commodity parts easily delivering 100 lumens-per-Watt, the energy savings that HB-LEDs confer is dramatic, and hardly a week goes by without yet another announcement of a new achievement in terms of increased efficacy. Because they are dc current-controlled devices, HB LEDs are relatively straightforward to dim. Given adequate cooling, useful lifetimes of 50,000 hours or more are routinely achievable, especially suiting street lighting and other applications where minimal maintenance is important. It's also relatively easy to maintain or even vary the colour temperature of white HB LEDs, which is one reason for their increasing popularity in architectural lighting. Given the present state of HB LED development, lighting designers are turning their attention towards complementary technologies to deliver optimal system performance. One particular area of interest lies within the power converters that are necessary to drive large arrays of HB LEDs, where the efficiency of the power system has a profound impact upon the overall energy savings that can be made.

Recent research and development in the board-mounted power supply (BMPS) industry—which has not so far specifically targeted the lighting market—demonstrate that digital power control and complementary power management practices significantly improve the performance and power consumption of already very well-developed power supplies. The recent 3E series of BMPS from Ericsson Power Modules embeds several variants of digitally-controlled dc-dc converters, this being the first commercial application for such technology. While the 3E series targets distributed power architectures in telecoms and high-availability industrial applications, there are numerous similarities between the requirements that the 3E BMPS family addresses and those of a lighting system of any size. For instance, the BMR453—a quarter-brick intermediate-bus converter—provides an isolated output voltage at power levels of close to 400W with typical conversion efficiencies of 96% from 10% - 100% of load level. 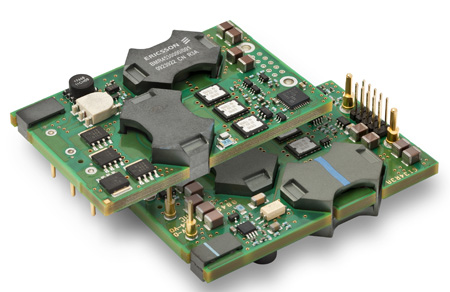 Compared with its immediate predecessor, this represents approximately 5% greater power handling ability and a better-than-1% efficiency increase that applies over a much wider set of operating conditions. Electrical performance improves too, with the BMR453 maintaining ±2% regulation while a traditional analog counterpart manages only +4%, -10%. Furthermore, the BMR453 integrates all of the power management functions that would otherwise occupy additional circuit-board area, while optimising the coupling between the converter's control loop and the supervisory functions and consuming negligible additional power. With appropriate adjustments for the new environment, these same attributes are directly transferrable to medium- and large-scale lighting systems. In particular, the availability of a properly integrated power management architecture can complement the digital approaches to lighting system management that larger systems increasing deploy. Internally, the 3E series dispenses with the familiar analog control loop within the blue box that figure 2 shows and substitutes the digital equivalent within the yellow area:

The hardware implementation necessarily differs between the 3E intermediate-bus and point-of-load (POL) converters, but the same principles apply. In each case, the digital converter continuously samples the output voltage using a high-speed analog-to-digital converter (ADC) that outputs a value that's then compared with a reference value in a digital arithmetic block (S in the figure). The digital filter that follows takes this raw correction factor and performs a proportional-integral-derivate (PID) function that controls the output of a digital PWM generator, which varies the duty cycle of the external power MOSFETs to maintain a constant output voltage. The digital approach has several advantages over the analog one. While the external RC networks that establish the analog converter's transfer function can drift with time and temperature, digital values are immune to such fluctuations. Better yet, it's possible to vary the digital controller's responses on-the-fly to accommodate a much wider range of input voltage and output load combinations than the fixed time-constants in an analog converter can manage. This adaptive algorithmic control technique is what enables the 3E series to outperform its predecessors and save valuable efficiency percentage points, at the same time reducing the heat load that the system must dispose of. Build cost is competitive with analog converters and component count decreases, improving reliability and saving space—especially when taking into account that the power management subsystem and its PMBus serial digital interface now lies on the same slice of controller silicon. PMBus is the power industry's de-facto standard protocol for managing system elements, from individual power converters to variable-speed cooling fans. The architecture comprises a system master—typically an embedded processor or an external PC whose role is to manage the system—and some number of slave devices that are typically power converters. The hardware interface builds upon SMBus, a two-wire serial digital link that is a more robust version of the ubiquitous I2C that was originally developed to support inter-IC communications. Like I2C—with which PMBus is largely electrically compatible—PMBus has a bidirectional data line and a serial clock line that provides the timing reference, but PMBus adds the SMBALERT# signal that is effectively a fast interrupt line as well as the CONTROL signal that's intended to turn devices on and off. Each PMBus device in a system has a unique physical address, and it's possible to write-protect devices via a hardware write-protect pin. Being a fully specified protocol, PMBus also features a standard command set together with provision for command extensions that follow a predetermined format. For instance, the 3E series exploits PMBus to make changing a converter's output voltage or turning it on or off as easy as sending standard commands, while parameters such as the converter's input and output voltage, output current, and temperature are reported in real time, again in a standard format. These features suggest that PMBus has the potential to augment established digital lighting protocols such as DMX512 (digital multiplex, 512 elements) and DALI (digital addressable lighting interface). Overall, introducing digital power control has the potential to tightly control many different parameters during the life cycle of the entire system, adjusting the energy that's delivered to exactly meet lighting demand while taking into consideration environmental and other factors. As for other industries, digital power and power management will make lighting more efficient, reducing overall energy consumption and preserving global energy resources. www.ericsson.com/powermodules