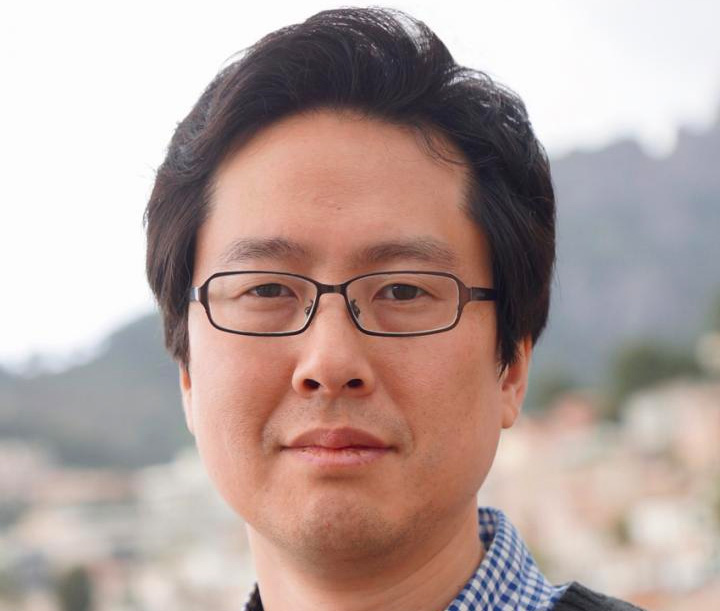 Pictured here is Dr. Hyunkook Lee from the University of Huddersfield.

IMAGINE being able to experience music as if standing alongside the guitar heroes in a top rock band, or seated in one of the sections of a major symphony orchestra. The University of Huddersfield's Dr Hyunkook Lee - a world leader in applied psychoacoustics and recording technology - can help to make this happen.

He has a key role in a £326,000 UK Government-backed project that aims to enable fans to virtually place themselves in the midst of a music gig and then move around, experiencing the sounds from a multitude of perspectives.

"You can explore the venue. For example, you can go closer to the woodwind section, the cellos or the violins, then you can rotate your head and hear the other musicians from different angles," said the Dr Lee, who directs the University's Applied Psychoacoustics Lab (APL).

Now, he is the academic partner in an 18-month project named VASAR (standing for Volumetric Audio Synthesis for Augmented Reality). It receives a total of £326,299 from the Innovate UK, which is part of the new official body UK Research and Innovation (UKRI). It is investing heavily in a major project named Audience of the Future.

VASAR's goals are to improve immersive experiences for music fans when they listen via special augmented reality (AR) and mixed reality (MR) headsets or multichannel loudspeaker systems. By making improvements in technology, it is hoped to shorten production times and lower the cost of producing audio material for AR and MR.

The term 6 Degrees of Freedom (6DOF) is used to describe audio technology that enables listeners to insert themselves virtually into an acoustic space and then experience musical performance from varied perspectives as if they were moving around.

During the VASAR project, Dr Lee and the Applied Psychoacoustics Lab are partnering the audio tech innovators MagicBeans. Its founders Gareth Llewellyn and Jon Olive have previously worked with the Philharmonia Orchestra on a virtual reality project, and later in 2019 Dr Lee will take part in recording sessions with the orchestra as part of the research.

Also participating in VASAR is Warner Music UK, which has a vast back catalogue of top class recorded music. Now, the company's stated aim is to use new immersive technologies to create deeper connections between artists and fans.

Dr Lee will be joined by specially-appointed researcher Dr Dale Johnson, who is an expert on virtual acoustics. They will use their existing research on psychoacoustics to develop new recording techniques and software that will make it simpler and less costly for sound engineers to create augmented and mixed reality audio content.

"We will focus on providing 6DOF audio, with the highest possible sound quality," said Dr Lee.