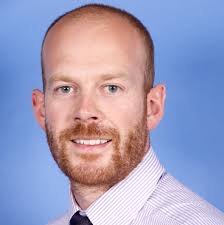 The Chinese market for industrial robots reached an estimated $1.3 billion in 2015. This market is expected to grow at a compound annual growth rate (CAGR) of 20 percent, reaching $3.3 billion in 2020, according to IHS, a leading global source of critical information and insight. China accounted for 13 percent of global industrial robot sales revenue in 2015, and is expected to comprise 25 percent in 2020.

“The much-needed regeneration of the manufacturing industry is a multi-billion-dollar opportunity for the industrial robot market,” said Mark Watson, senior manager, manufacturing technology, IHS Technology. “Labor-intensive industries are increasingly automating production, particularly in the Asia-Pacific region where labor costs have risen quickly. Labor shortages have led to increasing wages, shortening the potential return on investment of industrial robots for many end-users.”

As capacity utilization begins to increase in 2018, industrial robot adoption will accelerate, as end-users start to optimize the technology in their factories and prices fall. Increasing labor costs, low commodity prices, and competition from other low-cost manufacturing regions, will promote further adoption of industrial robots. The effect of China’s 13th strategic plan is expected to positively impact growth in beginning in 2018, providing direct access to credit and tax relief, which will increase investment.

However, according to the latest research from the IHS Industrial Robots Intelligence Service, manufacturing overcapacity in many industries -- particularly heavy industries -- has the potential to limit robot market growth, particularly considering the poor short-term outlook of the Chinese economy. Local manufacturers are unlikely to spend considerable sums of money to install industrial robots, in light of excess capacity and a reduced need for productivity improvements. The alternative is to employ temporary workers, which is a flexible and a less capital-intensive process for many local manufacturers. However, labor shortages will continue in China, as the economy continues its shift to a service-based model.

“The need to improve flexibility and identify production efficiencies underpins industrial robot investment,” Watson said. “By installing robots that easily adjust to production levels and manufacturing processes, companies can save on labor costs and rely less on temporary unskilled workers.”

Robot suppliers headquartered outside of China accounted for over 80 percent of 2015 industrial robot sales in China. These companies maintain a dominant presence in the market, because they have established relationships with leading end users and provide high-quality hardware, software and support services.

“Industrial robot market leaders in China invest substantially in research and development, facilitating the penetration of collaborative robots, deep machine learning, artificial intelligence and other emerging technologies, to ensure they lead the future of the industry,” Watson said. “As a result, local Chinese suppliers face a considerable challenge in securing market share.”