Maximizing the Effectiveness of Platinum in Fuel Cells 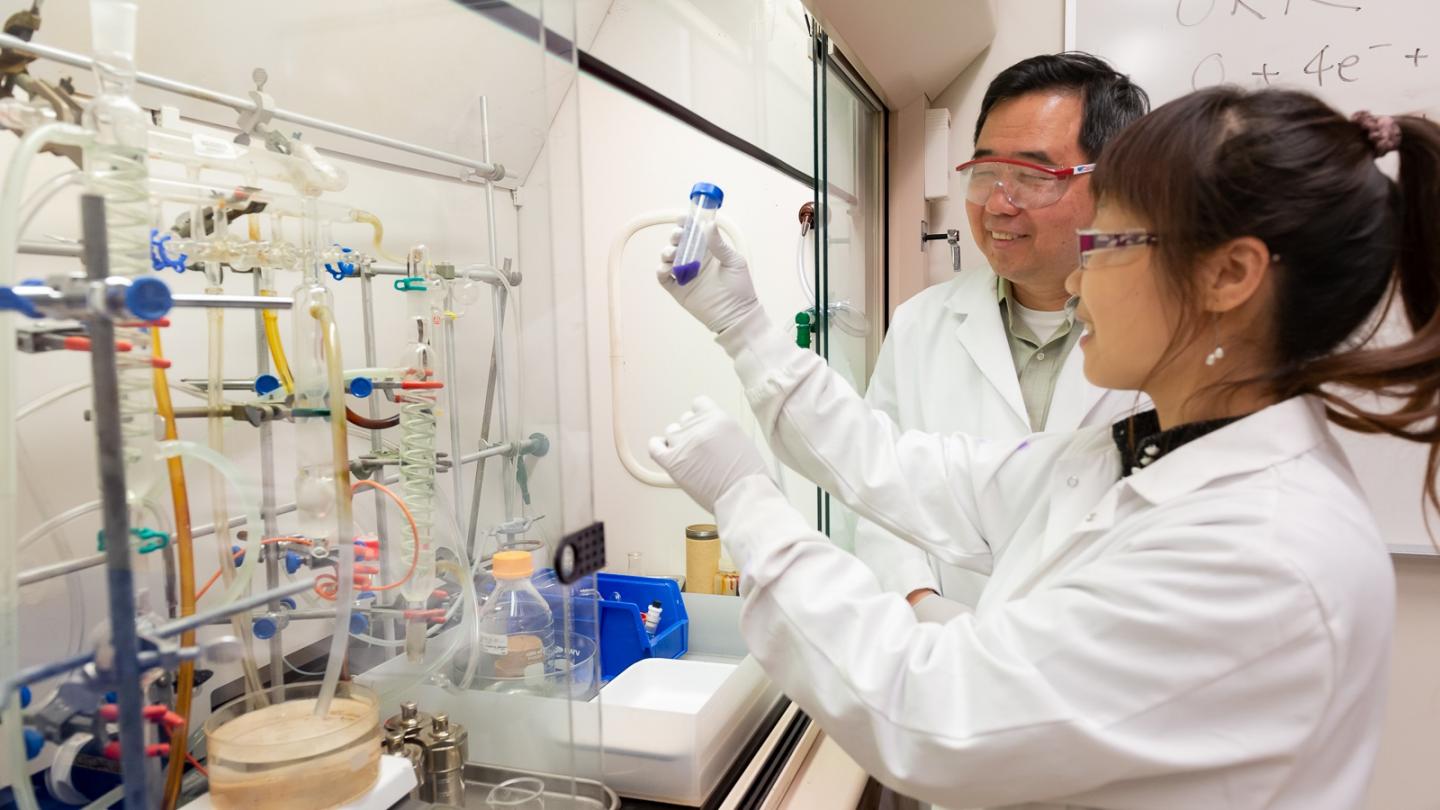 In the journal Science, Argonne chemists have identified a new catalyst that maximizes the effectiveness of platinum.

Platinum is a precious metal more rare than silver or gold. Renowned in the fuel cell community for its effectiveness in converting hydrogen and oxygen into water and electricity, platinum offers unrivaled activity and stability for electrochemical reactions.

But platinum is both scarce and expensive, which means scientists are looking to create practical fuel cell catalysts that use far less of the costly precious metal.

In new research from the U.S. Department of Energy's (DOE) Argonne National Laboratory, published in Science, scientists have identified a new catalyst that uses only about a quarter as much platinum as current technology by maximizing the effectiveness of the available platinum.

If you're given only a very small amount of platinum in the first place, you have to make the best use of it," -- Di-Jia Liu, Argonne chemist.

In a fuel cell, platinum is used two ways -- to convert hydrogen into protons and electrons, and to break oxygen bonds and eventually form water. The latter reaction, the oxygen reduction reaction, requires an especially large quantity of platinum, and scientists have been looking for a way to reduce the platinum content in oxygen reduction catalysts.

Argonne scientists found novel ways to substantially improve platinum utilization. First, they tweaked the shape of the platinum to maximize its availability and reactivity in the catalyst. In this configuration, a few layers of pure platinum atoms cover a cobalt-platinum alloy nanoparticle core to form a core-shell structure.

"If you're given only a very small amount of platinum in the first place, you have to make the best use of it," said Argonne chemist Di-Jia Liu, the corresponding author of the study. "To use a platinum-cobalt core-shell alloy allows us to make larger number of catalytically active particles to spread over the catalyst surface, but this is only the first step."

The core-shell nanoparticles on their own still could not handle a large influx of oxygen when the fuel cell needs to crank up the electric current. To increase the efficiency of the catalyst, Liu and his colleagues relied on another approach they knew well from their past research, producing a catalytically active, platinum group metal-free (PGM-free) substrate as the support for the cobalt-platinum alloy nanoparticles.

Using metal-organic frameworks as precursors, Liu and his colleagues were able to prepare a cobalt-nitrogen-carbon composite substrate in which the catalytically active centers are uniformly distributed near to the platinum-cobalt particles. Such active centers are capable of breaking the oxygen bonds by themselves and work synergistically with platinum.

"You can think of it kind of like a molecular football team," Liu said. "The core-shell nanoparticles act like defensive linemen thinly spread out all across the field, trying to tackle too many oxygen molecules at the same time. What we've done is to make the 'field' itself catalytically active, capable of assisting the tackling of oxygen."

As it turned out, the new combined catalyst not only improved activity but also the durability as compared to either component alone.

Liu and his colleagues have created a patented process that involves first heating up cobalt-containing metal-organic frameworks. As the temperature increases, some of the cobalt atoms interact with organics to form a PGM-free substrate while others are reduced to well-dispersed small metal clusters throughout the substrate. After the addition of platinum followed by annealing, platinum-cobalt core-shell particles are formed and surrounded by PGM-free active sites.

While the ultimate goal is to eliminate platinum from hydrogen fuel cell catalysts entirely, Liu said that the current research opens up a new direction in addressing both fuel cell catalyst activity and durability in a cost-effective way. "Since the new catalysts require only an ultralow amount of platinum, similar to that used in existing automobile catalytic converters, it could help to ease the transition from conventional internal combustion engines to fuel cell vehicles without disrupting the platinum supply chain and market," he said.