Instrumentation moves out of the lab 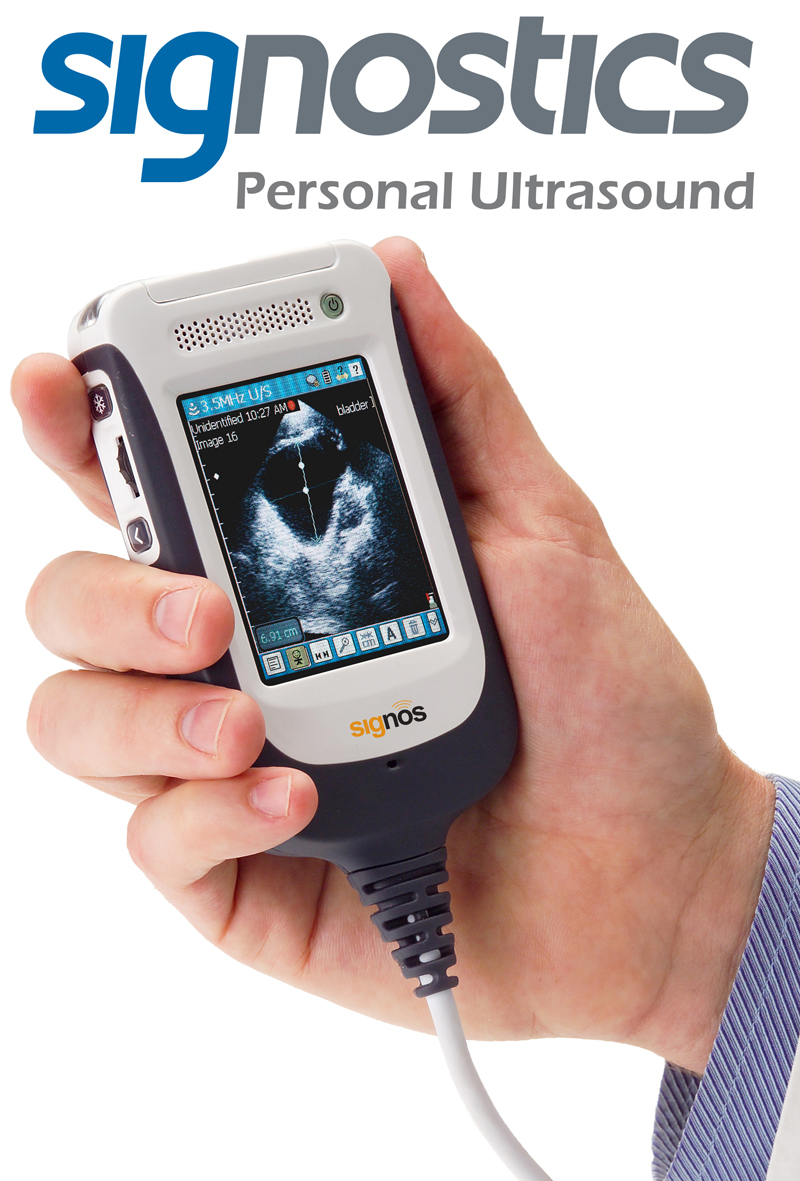 In the world of medical devices, smaller is more beautiful. The market has seen a plethora of product announcements that herald a new era in size and portability. While research teams continue to drive forward the technical performance levels of large equipment such as imaging systems, the parallel move to portable versions marks a significant new direction for both the traditional large players and newer incumbents. A case in point is the laboratory equipment sector. Traditionally, the focus has been on precision and speed of testing, and this necessitated bulky and highly specialized equipment which required skilled technicians to operate. This trend will of course continue, but there is a simultaneous focus on developing specialized miniaturized versions for clinics and the mass market. There are several drivers behind this trend. The strongest push is from the consumer side to drive down cost, improve convenience, and provide more timely, accurate results all at once. Whenever a patient can perform a prescribed test at home and avoid travel to a medical facility, all parties benefit. Portable glucose meters are a prime example, with over 40 million units sold annually with a revenue of $10 billion in disposable strips. A second driver relates to sample integrity. It's true that laboratory equipment gives high precision results, but a major difficulty relates to how the sample is obtained. Take for example, blood coagulation testing. This is a necessary periodic test for patients on anti-coagulation therapy, and usually requires the patient to visit a local clinic, where a blood sample is taken. As soon as the blood is drawn, it automatically starts to change its biological and chemical characteristics as it begins to coagulate. To prevent this, the sample must be adulterated with an anti-coagulant - a necessary, but undesirable action. The sample must then be shipped to the test laboratory, where it can pass through uncontrolled environmental conditions such as wide swings of temperature, humidity, and mechanical movement, which can impact the sample integrity. All of these sample concerns can be overcome by a miniaturized handheld version of the test. Blood coagulation testing has now become a simple, easy-to-use home test, using a new generation of portable systems such as the Hemosense INRatio. By taking a single drop of blood placed on the temperature-controlled test strip, the instrument performs the test and produces the result on the spot. Technology enablers What has enabled this massive reduction in size? Certainly the cost reductions driven by Moore's Law and mass markets such as mobile phones have played an important role on the electronics side. Displays, processors, and memory have all come down in price along with high performance data converters and amplifiers. There are also important breakthroughs on the biological and chemistry side. Our greatly increased understanding of the sample chemistry, as well as its preparation, separation, and flow dynamics have all contributed to easing the task of diagnostic assay design. Miniaturization: New challenges This trend towards miniaturization, while greatly improving the convenience, quality, and accessibility of healthcare, has raised a different set of design challenges. The skill level of the person carrying out the test is an important consideration. The diagnostic must be designed to be procedurally very simple, so that it can be performed by an elderly person with poor eyesight and limited dexterity. In the United States this means that in practical terms it must satisfy the conditions required by the Clinical Laboratory Improvement Amendments (CLIA) so that it can be CLIA-waived for use by non-technical people in the home environment. As an example, a major design goal of portable systems is to eliminate the need for user-performed calibration. If the user forgets the calibration step or does it incorrectly, incorrect results will follow with potentially serious consequences. Ultrasound miniaturization The trend towards miniaturization is not limited to laboratory equipment. It is also becoming pervasive in ultrasound systems. Traditionally, ultrasound equipment came in a cart-based format, typically found at hospital bedsides. The recent announcement of a handheld unit from newcomer Signostics has changed the game. The Signostics palm-sized ultrasound product - the Signos [Figure 1] - has quality image resolution with a touch-screen display, a start time of less than one second from sleep mode and stores up to 10,000 images. Weighing approximately a half pound with a compact design that fits into the palm of the hand, the product is equivalent to the size of a smart phone. This allows physicians to place the device in their pocket or wear around their neck like a stethoscope until the next use, increasing the convenience of using ultrasound for diagnosis at the point of care. The technology which has enabled this breakthrough revolves around their novel sensor and position sensing technology. Unlike the more orthodox approach of using multiple ultrasound transducers and complex beam forming circuitry, the Signos uses a single transducer. The user generates the image by hand movements, and this avoids the need for costly, bulky and power-hungry sensor arrays and beam-forming technology. 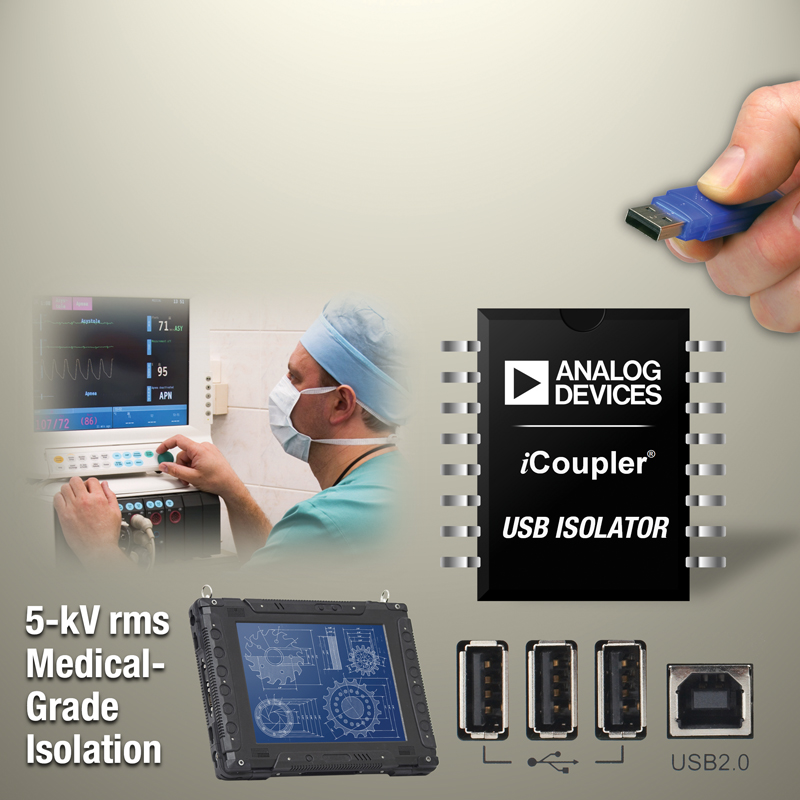 Pulse oximetry Another device which has seen great strides in miniaturization is the pulse oximeter. This device is designed to measure the oxygen-carrying status of the blood and is a widely used diagnostic in hospital care. About 40 percent of our blood consists of red blood cells containing a substance called hemoglobin whose function is to carry oxygen around the body. A pulse oximeter measures the percentage of hemoglobin which is oxygenated, i.e. carrying oxygen. It does this by shining typically two wavelengths of light through the finger. By monitoring the relative absorption of these wavelengths the saturated percentage of oxygen (SpO2) is calculated. Miniaturization in this area has been greatly aided by the ready availability of LEDs (light-emitting diodes) with the required wavelengths, as well as the Analog Devices ADuC7024 analog microcontroller which performs all the necessary electronic control and measurement in a single chip. Results storage and health records As equipment becomes miniaturized and moves out toward home use, an important consideration relates to the recording of results. For laboratory tests, this is handled easily by standard networks which can port results to the newly-emerging electronic health record (EHR) framework. For home-based diagnostics this is much more challenging. For many tests and procedures, the resulting data can be complex in nature, such as an ECG (electrocardiogram) waveform. Providing such data completely and accurately in a usable format simplifies analysis and diagnostics. The ideal is an end-to-end electronic connection through a PC networked to the computer in the clinician's office. This has been facilitated by new products such as the Analog Devices ADuM4160 USB (universal serial bus) isolator [Figure 2], which provides user protection and a full USB connection. To further address the challenge, the Continua Health Alliance has been formed to define a set of standards for various diagnostics which are expected to find their way into the home such as glucose meters, weigh scales, and blood pressure meters. The objective is to achieve interoperability of this equipment with an Application Hosting Device (AHD), which will act as a hub to port the test results to the user's software health record. This AHD could be a mobile phone, a set-top box, or a PC, for example. The future The trend toward miniaturization has become a vital dynamic in the medical device market. The continued investment by governments around the world in healthcare academic research is creating new forms of diagnostics, increasing our understanding of biological samples, and how to handle them. With this high level of research funding, coupled with increased focus on healthcare by semiconductor companies and standardization efforts such as the work of Continua, it is clear that miniaturization is here to stay as diagnostics move from hospital to home. www.analog.com