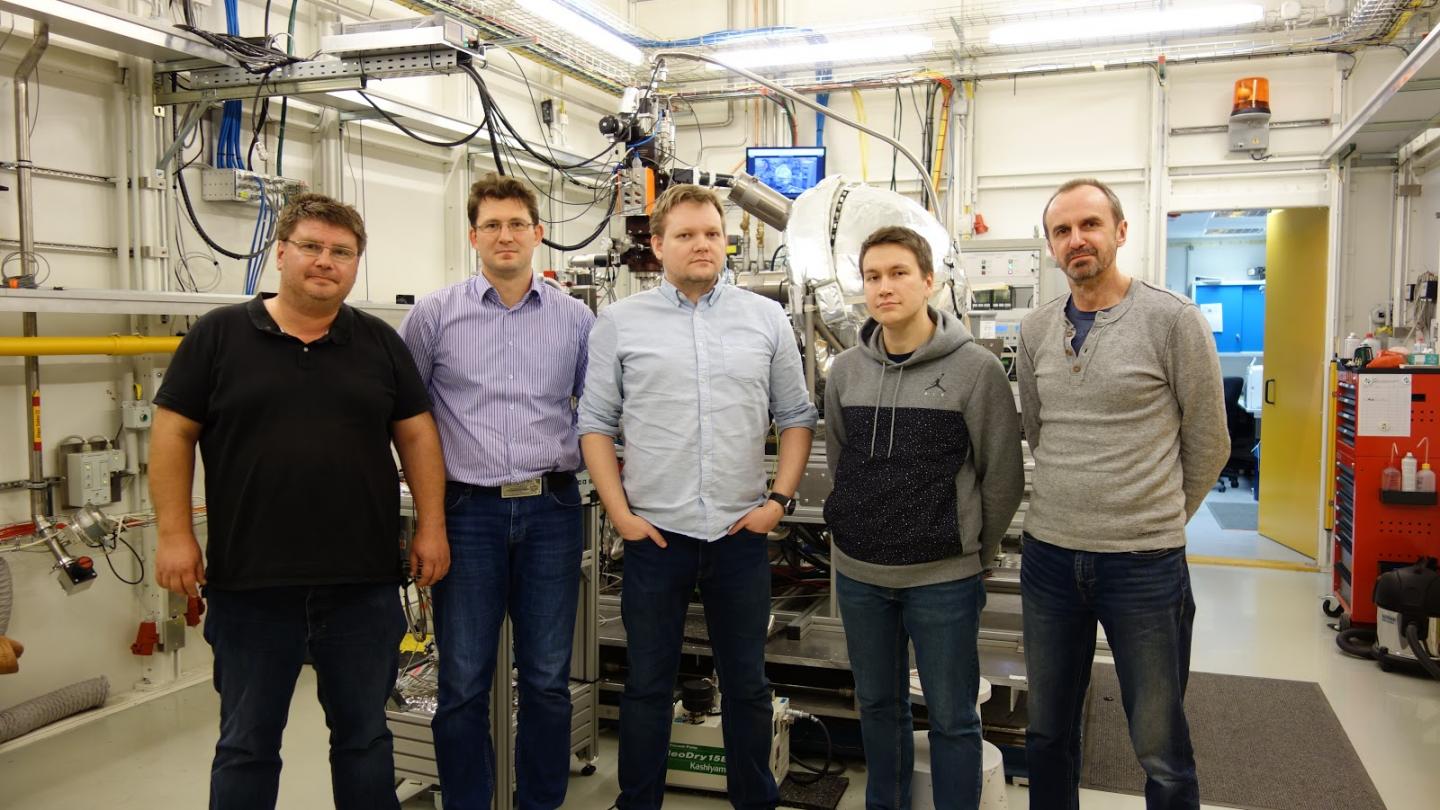 Researchers from the Moscow Institute of Physics and Technology, along with their colleagues from Germany and the U.S., have achieved a breakthrough on the way to new types of nonvolatile memory devices. The team came up with a unique method for measuring the electric potential distribution across a ferroelectric capacitor -- the device underlying the memory of the future, which would be orders of magnitude faster than the current flash and solid-state drives, withstanding 1 million times as many rewrite cycles. The paper was published in Nanoscale.

Electronics companies worldwide pursue new nonvolatile memory technologies to enable vastly faster access speeds and longer lifetimes compared with the flash and solid-state drives of today. One of the leading contenders is hafnium dioxide-based memory. The material it uses is a dielectric already known to the microelectronics industry. Subjected to certain temperature treatment and alloying, a few nanometer-thick hafnium dioxide layer can form metastable crystals that possess ferroelectric properties -- that is, they "remember" the direction of the electric field applied to them.

The new memory cell is a zirconium-hafnium oxide film merely 10 nanometers thick, interlaid between two electrodes. Its structure resembles a conventional electric capacitor. To make ferroelectric capacitors usable as memory cells, their remnant polarization has to be maximized; and to ensure that, engineers need a detailed understanding of the processes that occur in the nanofilm. This involves explaining how the electric potential is distributed across the film following voltage application and polarization reversal. Since the discovery of a ferroelectric phase in hafnium oxide 10 years ago, the potential distribution at the nanoscale has only been modeled, but not directly measured. The latter has been reported in the recent paper in Nanoscale.

The team employed a technique known as high-energy X-ray photoemission spectroscopy. The specialized methodology developed at MIPT relies on the so-called standing-wave mode of the powerful monochromatic X-ray beam, which requires a synchrotron light source to produce. The machine used in the study is located in Hamburg, Germany. It was used to perform measurements on the hafnium oxide-based memory cell prototypes manufactured at MIPT.

"If used for the industrial production of nonvolatile memory cells, the ferroelectric capacitors developed in our lab could endure 10 billion rewrite cycles, which is 100,000 times more than state-of-the-art flash drives can survive," said study co-author Andrei Zenkevich, who heads the Laboratory of Functional Materials and Devices for Nanoelectronics at MIPT.

A further advantage of ferroelectric memory devices is that external radiation has absolutely no effect on them, unlike their semiconductor-based analogues. This means that the flash-like memory of the future could even weather cosmic ray exposure and operate in outer space.