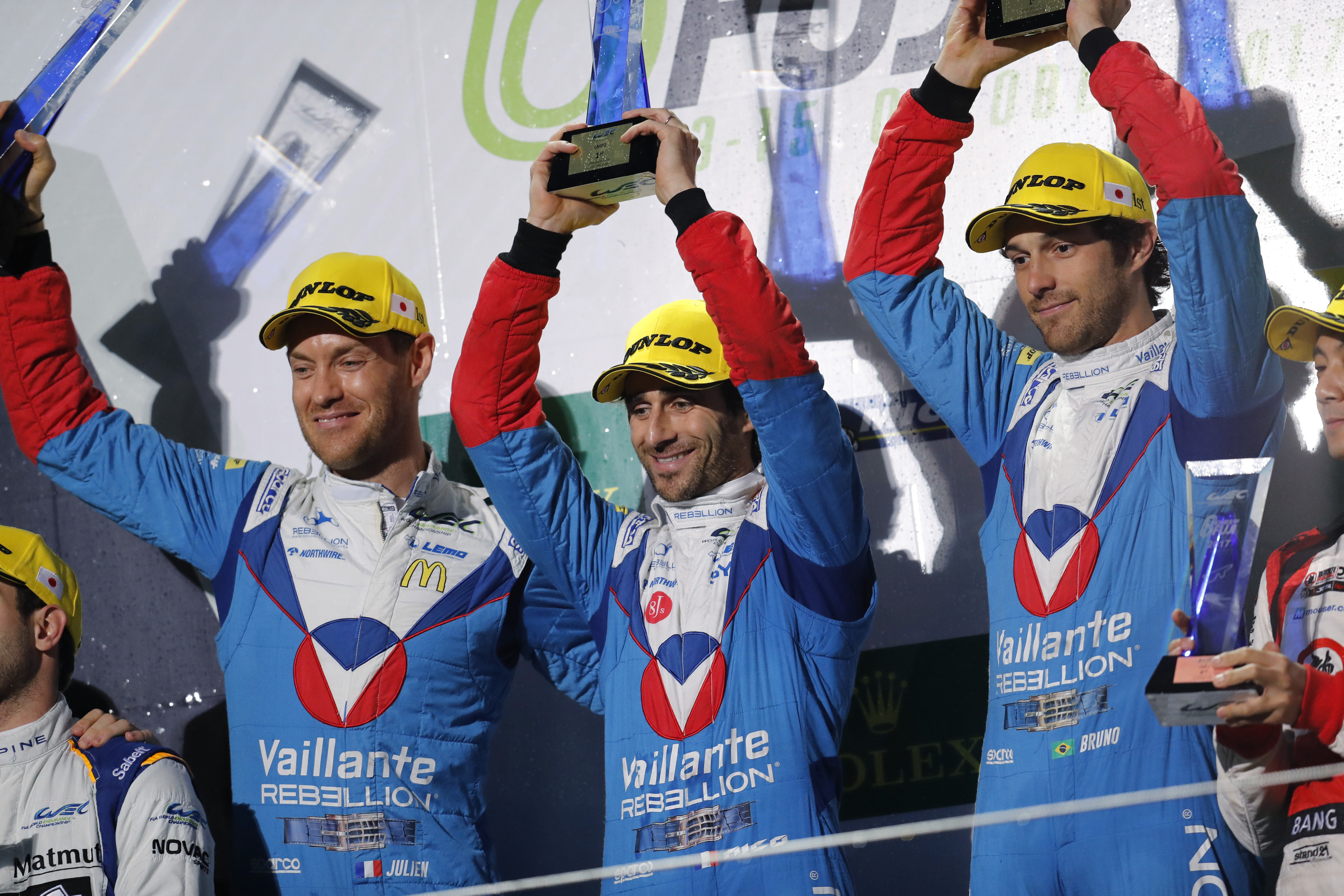 The Mouser-sponsored Vaillante Rebellion racing team scored a stunning victory in Sunday's weather-shortened 6 Hours of Fuji round of the World Endurance Championship. It was the sixth podium finish in the seven races so far this season for the Rebellion No. 31 car driven by Bruno Senna, Nicolas Prost and Julien Canal. With the race called due to weather after four and a half hours, the team was declared LMP2 winners even before Canal could take the wheel. With only two races to go in the LMP2 championship, the victory puts the No. 31 car a mere 10 points behind the leader, the Jackie Chan No. 38 car, which placed third at Fuji.

The Mouser-backed No. 31 car led the majority of the Fuji race and was a full 15 seconds ahead of the second-place car when the race was called.The Vaillante Rebellion No. 13 car, driven by Nelson Piquet, Jr., Mathias Beche and David Heinemeier Hansson, had to drop from the race at Lap 85, but held onto seventh place in the overall standings.

“This season has been incredible and just gets better with each race,” said Todd McAtee, Mouser’s Vice President of Americas Business Development. “The Vaillante Rebellion No. 31 car has the title in sight. With another win like we had at Fuji, and we’ll be on top of the standings.”

Mouser is proud to partner with valued supplier LEMO, a global leader in the design and production of precision custom connection solutions, to sponsor Vaillante Rebellion for the entire 2017 FIA World Endurance Championshipseason. Mouser distributes the full line of quality LEMO connector solutions including their original push-pull connectors.

Now the attention shifts to the 6 Hours of Shanghai, set for Nov. 5 on a very challenging 3.4-mile track with 16 tough turns. After Shanghai, the action travels to the season finale at Sakhir, Bahrain, on Nov. 18. Racing is all about speed and endurance, and Mouser sees racing sponsorships as an innovative way to communicate its performance-driven business model and promote the newest technologies from its manufacturer partners. The Mouser-backed Rebellion team ran away with the crown in the LMP1 Privateer Class in 2016. To learn more about Vaillante Rebellion racing, visit http://www.mouser.com/rebellion-racing.