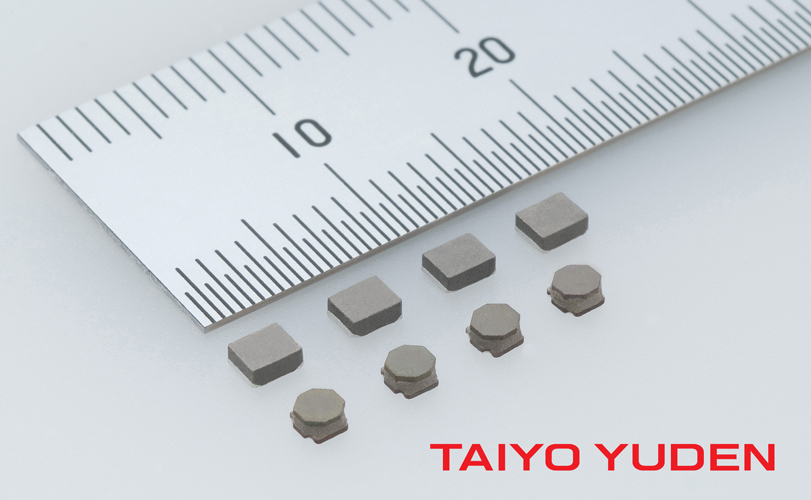 Mouser Electronics has announced that MCOIL metal power inductors, the first of a series of coil components that use metallic magnetic materials are now in stock. The MCOIL metal power inductors are for use as choke coils in power-supply circuits in compact mobile devices such as smartphones and tablet PCs that are becoming smaller, thinner, and more feature-rich. There are two product classes of the MCOIL series, the wirewound chip power inductor MAMK2520 and metal core SMD power inductor MDMK2020, which combine with Taiyo Yuden's advanced process technology (established in the BR and NR series) to achieve best-in-class DC bias characteristics, as well as size reduction. MAMK 2520T2R2M and MDMK2020T2R2M (both 2.2 μH devices with 2-A saturation current) offer higher saturation current than the existing Taiyo Yuden products. Mouser Taiyo Yuden