Mouser to sponsor Hall of Fame at FIRST Championship competition 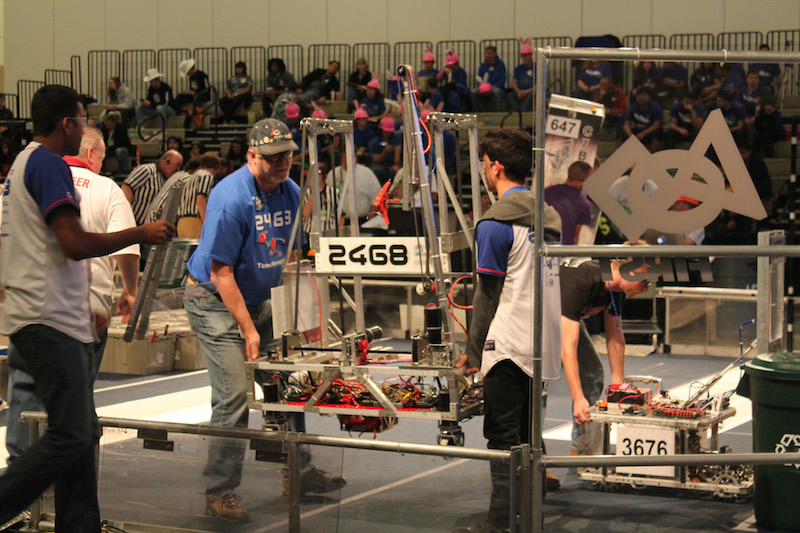 Through FIRST, students are engaged in exciting programs

Mouser Electronics, an authorized distributor with the latest in semiconductors and electronic components, today announced that once again it will be a key sponsor of the 2015 FIRST Championship, set for this week April 22-25 at the Edward Jones Dome in St. Louis.
Mouser is repeating its sponsorship of the Hall of Fame Exhibit at the Championship event with valued supplier partners TE Connectivity and Murata. Making appearances with Mouser will be celebrity engineer and Empowering Innovation TogetherTM partner Grant Imahara and Murata’s famous robot, MURATA BOY.

Through FIRST (For Inspiration and Recognition of Science and Technology), students in grades K-12 are engaged in exciting mentor-based programs that build science, engineering, and technology skills. The FIRST Robotics Competition (FRC®), one of four FIRST programs, provides high-school students with a “real-world engineering” experience.

“At Mouser we are committed to inspiring and fostering young people's interest in science and technology, and we are proud to sponsor an event that celebrates the brightest young minds of today and the engineers of the future,” said Kevin Hess, Mouser’s Vice President of Technical Marketing. “The FIRST Championship event puts the spotlight on innovative students from the U.S. and around the world who are solving real-world engineering challenges with their robots.”

The FRC Hall of Fame exhibit at the FIRST Championship, sponsored by Mouser, highlights the past recipients of the Chairman’s Award – the highest honor awarded in FIRST® Robotics Competitions. This award goes not to the team that earns the most points in the competition, but to the team that best exemplifies the goals and values of FIRST.

The FRC Hall of Fame celebrates past winners of the Chairman’s Award, and holds them up as examples for other teams to emulate. Mouser will also staff a booth in the new Innovation Faire exhibition area featuring its unique capabilities as the NPI-focused (new product introduction) distributor offering the newest products and advanced technologies from over 500 manufacturers. Mouser representatives will be there to answer questions as well as provide hands-on demonstrations of some of the newest technologies from TE Connectivity and Murata. Murata will showcase its popular MURATA BOY robot.

Mouser was a major sponsor of the FRC Regional Competition in Irving, TX, and a contributor of the FRC Kit of Parts in partnership with the Electronic Components Industry Association (ECIA). Each FRC team receives a Kit of Parts, including motors, batteries, a control system, a PC, and a mix of automation components — with no instructions. Teams had six weeks to transform their kit into a working robot designed to perform specific tasks. Mouser has been a major supporter of the FRC Regional and FIRST Championship for several years. To learn more about