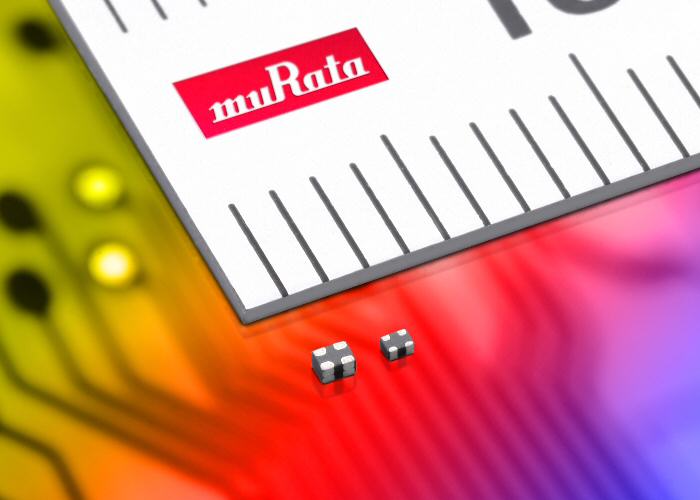 Murata has announced the mass production of SATA Gen-2- and Gen-3-compatible common-mode choke coils. Available in ultra-compact 0806 and 0605 sizes, the DLP series are designed for use in SATA high-speed differential interfaces, commonly used for high-speed mass-storage hard-disk drives found in computers, video recording equipment, and solid state drives. Until now, noise in the SATA signal frequency band was excluded from corresponding EMI standards. However, new measures became necessary in 2010 with the establishment of the International Special Committee on Radio Interference CISPR 22 standard that sets the noise regulation frequency upper limit to 6 GHz. Although a noise suppression measure using common mode choke coils was needed, no products were available that could comply with common-mode reflection coefficient (Scc11) requirement, as defined by the SATA Gen 2 specification. Murata Manufacturing has used micro-fabrication technology and noise evaluation technology used in SATA applications to build a common-mode choke that is compatible with Scc11 in SATA Gen 2. Being compatible with both SATA Gen 2 and SATA Gen 3 means that it can also be used in interfaces that use both standards concurrently and that it can achieve both high signal transmission in signal frequency bands and strong common-mode noise suppression. The DLP series comprises two models. The DLP0NSA070HL2 is supplied in a 0806 package measuring 0.85 x 0.65 x 0.45 mm, and the DLP0QSA070HL2 in a 0605 format measuring 0.65 x 0.50 x 0.30 mm. Murata