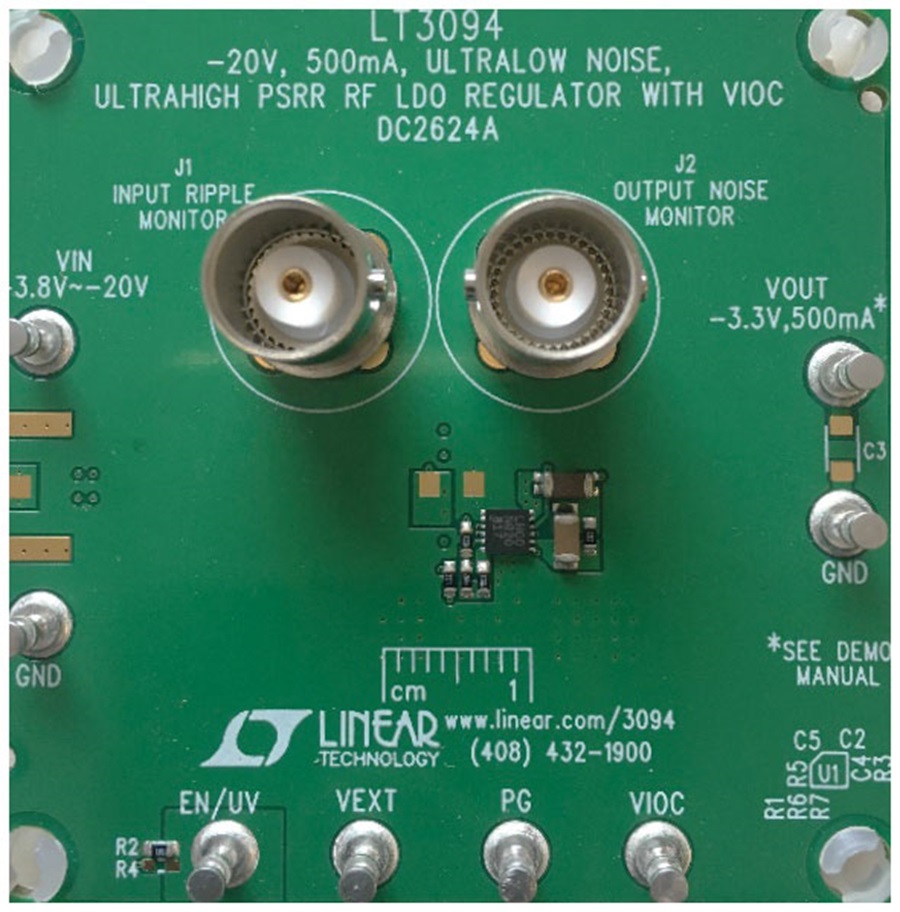 A power supply is generally built with a switching converter post-regulated by an LDO regulator to achieve low output noise and high system efficiency. The optimized voltage difference between the LDO regulators input and output is about −1 V in order to maintain a good trade-off between power dissipation and PSRR. Maintaining this voltage difference is complicated in a variable output voltage system, but the LT3094 includes a tracking feature, VIOC, which keeps the voltage across the LDO regulator constant even as the output voltage varies.

The LT3094 is a negative LDO regulator featuring ultralow noise and ultrahigh PSRR. It features a current reference-based architecture that keeps noise and PSRR performance independent of the output voltage, and enables multiple LT3094s to be easily paralleled for increased load current and reduced output noise. The VIOC function minimizes the power dissipation of the LDO regulator when the LT3094 postregulates a switching converter, making it ideal in variable output voltage applications.