Network modernization strategies for the Grid

Much of the current grid is becoming increasingly inefficient and unreliable

Much of the current global electric grid was built many years ago. While these systems are still functional, they are becoming increasingly inefficient and unreliable. For example, according to data from the Environmental Defense Fund, a U.S.-based nonprofit environmental advocacy group, approximately seven percent of all electricity generated is lost in the transmission and distribution system, costing consumers roughly $25 billion annually.  Demand has surged 30 percent in the last 10 years, raising the impact and cost of power outages and blackouts (to the tune of $150 billion each year), and the push for renewable energy, both by consumers and prodded by new policies, requires smarter, more efficient usage of energy. Given all this, how can utilities meet the new demand?

Enter: the Smart Grid. Both market and external pressures have made relying on the old inefficient systems no longer a viable option for utilities. Traditionally, electricity has been delivered in just one direction—energy from a large, central station power plant is transmitted along high-voltage lines through a substation to a home or business. There is virtually no real-time monitoring and control of the energy delivery system and very little communication with consumers regarding management of their energy usage.

A Smart Grid will automate transmission and distribution functions, and an aging infrastructure will be modernized to deliver increased reliability, improved power quality, and faster service restoration capabilities. Better overall management through real-time data communications via machine-to-machine (M2M) communication will help alleviate the financial strain on utility companies by reducing the need for manual reporting and giving them more precise control over energy distribution.

How the Smart Grid Works

The core of a robust Smart Grid is an increased two-way communication capability. In other words, what makes the grid “smart” is its ability to communicate seamlessly between two parallel systems—the information network and the energy delivery system—at every level.

A flexible and future-proof communications network is a critical requirement for meeting a utility’s business goals, ensuring their grid applications perform securely and reliably (see Figure 1). Most utility networks aren’t equipped to support the growing demands being placed on them—they lack the following:

Figure 1: A flexible and future-proof communications network is a critical requirement for meeting a utility’s business goals

Today’s utility networks, based on SONET/SDH technology, are difficult and expensive to maintain, and can’t support a smart grid’s long term needs. Continuing investment in patchwork updates of legacy technology is a short-term fix that is inefficient and is not viable for a smart grid transition.

Even when the decision has been made to upgrade a legacy network, many utilities assume that an IP/MPLS network is the only choice (especially given that other enterprise networks are typically IP-based)—and so they often overlook packet-optical networks. This is particularly unfortunate as packet-optical switching provides lower latency and greater network predictability and resiliency at a lower cost per bit unit than a routed network.

At its most basic, packet-optical switching converges all transport elements into a single platform that operates in Layers 0 to 2.5. In comparison, an IP router operates at Layer 3. Not all traffic is IP-routed, and many network services can benefit from lower-layer switching, as shown in Figure 2.

Figure 2: Many network services can benefit from lower-layer switching

Another advantage of these lower layers is that they can be engineered to provide connection-oriented packet transport rather than the connectionless transport of IP. Connection-oriented transport—whether it uses wavelengths, OTN connections, or Ethernet tunnels—has deterministic characteristics for bandwidth allocation, paths through the network, and end-to-end measurements. This design yields much simpler and more predictable packet transport operations, particularly for traffic engineering, maintenance, and troubleshooting.

By using lower layers, network solutions can be tailored for different operations scenarios. For example, in one scenario, a converged packet-optical core can be extended to transmission and distribution substations through pure Layer 2 Carrier Ethernet substation rings. The result is low cost, deterministic substation access and aggregation into a multiprotocol converged packet optical core. In another scenario, converged packet-optical technology can be extended directly to the substations to carry Ethernet packet traffic along with legacy Time Division Multiplexing (TDM) circuits. In both cases, the mix-and-match approach of packet-optical technology allows for a network design that aggregates and switches traffic at the most efficient and cost-effective layer in the substation and core networks.

Although packet-optical architectures may be new to the utility industry, these technologies are field-proven in demanding wireline and wireless networks around the world. Packet-optical networks offer utilities the benefits of lower capital and operating costs, more deterministic behavior, and predictable benefits for multiple network services.

Everyone, from provider to consumer, will feel the impact of the Smart Grid. It will also benefit government and private sector organizations, and the energy efficiency is something that environmentalists can get behind. Even considering the costs and timelines involved—the initial investment and commitment are significant for stakeholders—the advantages for utilities to begin the transition are undeniable.

Allowing for active participation by consumers (who prior had little control over energy consumption) and making utilities more efficient, flexible and responsive, a Smart Grid built with advanced communication technologies will completely change the way utilities operate. 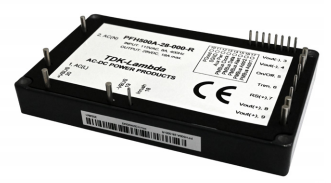