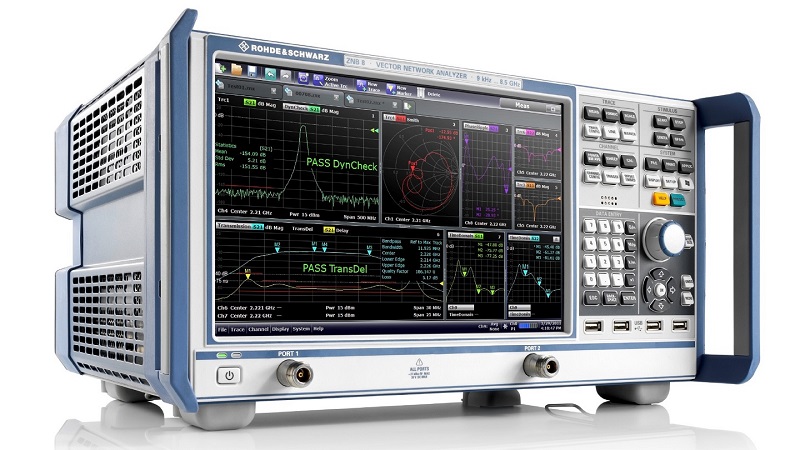 It works with double bandwidth to increase measuring speed. Also new is the R&S EWS-K58 multi CISPR ADP option. It precisely shows the effects of interference on digital communication systems. The option accelerates CISPR 11 tests on microwave ovens and could prevail for other product tests in the future.

The R&S ESW is an EMI test receiver with outstanding RF characteristics for the measuring range from 1 Hz to 44 GHz. With its high dynamic range und measurement accuracy, it meets the highest requirements in EMI compliance testing and fulfills the most stringent requirements for all relevant EMI standards such as CISPR, EN, MIL STD-461, DO 160 and FCC.

Multi CISPR APD: visualizing interference on up to 67 channels
The also new R&S ESW-K58 multi CISPR APD measurement option enhances the single amplitude probability distribution (APD) measurement function into a simultaneous analysis of up to 67 channels within a specified timeframe. The option inspects for each channel of a signal the probability of occurring amplitudes. The option offers numerous analysis and display features, including a 3D view. The current CISPR 11 standard allows multi CISPR APD for testing microwave ovens, which considerably simplifies the measurement process. When the method is used in line with the standard for signals with 1 MHz bandwidth, with the R&S ESW can be measured simultaneously up to 20 channels. Thus, the EMI test receiver surpasses by far the standard requirement of just five channels guaranteeing a safe investment for users. APD analysis precisely shows the effects of interference on digital communication systems (e.g. WLAN or cellular), and in the future it will also be applied to other product standards.