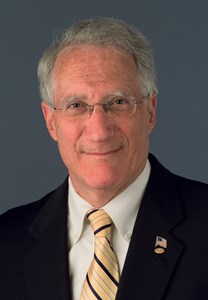 Expressing confidence that the U.S. nuclear energy industry is well-poised to help meet America's future electricity needs, the Nuclear Energy Institute's chief executive told industry leaders today that they are making "solid progress" in addressing challenges confronting the electric sector. In the keynote address to 550 industry leaders at NEI's annual conference, NEI President and Chief Executive Officer Marvin Fertel hailed the milestones achieved this year at facilities in Georgia and South Carolina--the pouring of concrete basemats for new reactors that now are about 40 percent complete--as evidence of the industry's progress. "These are the largest construction projects in their states, and they are driving direct employment for nearly 4,000 workers, twice that during peak construction," Fertel said. "The projects also are creating ancillary jobs across America in component manufacturing, modular construction and other services. The projects in Georgia and South Carolina will support about 35,000 U.S. jobs, according to an analysis by Westinghouse and the Shaw Group." As the U.S. economy rebounds and electricity demand increases, additional nuclear energy facility construction can be anticipated beyond the five reactors being built in Georgia, South Carolina and Tennessee, Fertel said. "Ten applications for construction and operating licenses and two for early site permits are under Nuclear Regulatory Commission review. We don't expect construction on those projects to start until later this decade, but we do expect more new reactors to be built as electricity demand recovers," Fertel said. He noted that U.S. electricity demand last year was 1.1 percent lower than in 2011 and 2.5 percent lower than in 2007. In addition to new reactor construction, the industry is making advances in the domestic fuel supply sector, Fertel noted. "Louisiana Energy Services in New Mexico will double its enrichment capacity, and GE Hitachi Nuclear Energy has received a license to build a laser-enrichment plant in North Carolina. GE plans to decide this year whether to construct the facility. And the U.S. Enrichment Corporation has plans for a new enrichment facility in Ohio." The attributes that for decades have made nuclear energy a key component of the nation's electricity mix--affordable, reliable, low-carbon electricity generated around the clock--will make nuclear energy equally important in the future, he said. Nuclear energy facilities operating in 31 states provide electricity to one of every five U.S. homes and businesses. They generate nearly two-thirds of the electricity that comes from carbon-free sources. "To help protect our nation's energy and environmental future, nuclear energy must be an important part of our overall electricity supply system," Fertel said.Fertel identified several policy priorities that will better position the nuclear energy sector to help address societal needs. These include: -- new reactor designs, including small reactors with less than 300 megawatts of generating capacity -- enhanced U.S. government advocacy in global nuclear energy trade -- ensuring the ability of U.S. facilities and the NRC to maintain their safety focus amid an expanding regulatory agenda -- new policy for used nuclear fuel management -- post-Fukushima safety enhancements. "The global nuclear technology market is a major opportunity for U.S. vendors and suppliers. The Commerce Department estimates the commercial opportunity over the next decade may be worth as much as $740 billion," Fertel said. "If U.S. suppliers were able to capture nominally 25 percent of this market, it would create or sustain up to 185,000 high-paying American jobs." Fertel said it is vital that the industry continues to operate existing facilities safely. "The industry, members of Congress and other stakeholders have urged the NRC to assess the cumulative impact of regulatory activities and ensure that the issues most important to safety get top priority, and that the NRC follow a disciplined process in identifying new requirements," he said. "NEI, working with the industry's chief nuclear officers, has proposed a process that will allow nuclear facilities to integrate major regulatory actions with self-initiated improvements and then, in consultation with the NRC, prioritize these actions based on their safety significance." The U.S. industry last year invested $8.5 billion in capital improvements for power uprates, license renewal investments and equipment replacements to help ensure that the facilities continue to safely and reliably generate the electricity that their customers rely upon, he said. The Nuclear Energy Institute